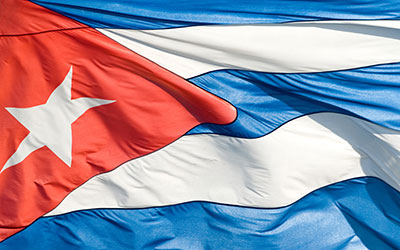 The U.S. and Cuba have always seemed to be at odds. Ever since the Cold War era, when the U.S. severed political ties with Cuba, there has been tension between the two governments.

After 5 decades of a complete embargo against Cuba, in 2015, the Obama Administration began what was known as the ‘Cuba Thaw’. The purpose of this effort was to slowly start normalizing relations with Cuba with the intention of eventually removing all sanctions. Travel restrictions were lifted and there seemed to be a light at the end of the tunnel.

On 16 June 2017, however, newly appointed President Trump announced that he was suspending the policy of sanctions relief against Cuba. Business and travel restrictions that had been loosened by the Obama Administration were reinstated in November 2017 and, in June 2019, further restrictions were announced on American travel to Cuba.

With all these ongoing sanctions and restrictions continuing to shape Cuban-American relations, it is important that compliance officers understand these changes as well as the checkered history that motivates this never-ending saga.

Where DoCuban Sanctions Come From?

The Cuba sanctions program represents the implementation of many legal authorities, which include executive orders issued by the President and statutes passed by Congress.

In 1962, President John F. Kennedy proclaimed an embargo on trade between the United States and Cuba.  The embargo was placed in response to certain actions taken by the government of Cuba which started in 1958 when rebels led by Fidel Castro violated a U.S. policy which permitted the sale of weapons to Latin American countries that were a part of the Rio Treaty, as long as the weapons were not used for hostile purposes. Later in 1960, Cuba purchased weapons from the Soviet Union.  The bold and open purchases lead to additional prohibitions by the U.S which severed all diplomatic relations with Cuba in 1961 and on September of 1962, President Kennedy, formally expanded the embargo to include all Cuban trade.

Fast forward to 1977, the restrictions on U.S. citizens traveling to Cuba lapsed and the regulation on spending US dollars in Cuba was lifted afterwards.  Later, the embargo was reinforced in 1992 by the Cuban Democracy Act and in 1996 by the Cuban Liberty and Democracy Solidarity Act also known as the Helms-Burton Act which penalizes foreign companies that do business in Cuba by preventing them from conducting any business in the U.S.

As history shows, prohibitions have changed over the years, however, the embargo remains to date.

How Effective Have Cuban Sanctions Been?

The economic impact of the embargo can be considered long and short term.  Economic studies completed by Cuba’s Institute of Economic Research indicate that Cuba has lost over $26 billion in trade as a result of the embargo. Further, there are aspects of the embargo that affect the average citizen living in a communist regime.  In Cuba, the government controls all aspects of the economy including the provision of food by rations while the average citizen receives $20 per month to survive.  The average citizen has been forced to find alternative ways of earning money, mainly in the tourism industry as Cuba still receives tourist from countries other than the U.S.  Some critics consider the embargo pointless as the U.S. is the only major country with such measures against Cuba.  Conversely, some argue that the government of Cuba has antagonized the U.S. and should continue to be under the embargo until a democracy is achieved.

What Are The Current Sanctions Against Cuba?

At the moment, the embargo against Cuba is still in full force. Though it is quite clear that some high-ups in the U.S. Government would like to see that change.

Later in 2014, President Obama announced a move towards reestablishment of diplomatic talks and less restrictive travel and economic policies, known as the “Cuban Thaw”. In addition, according to the U.S. State Department on May of 2015, Cuba’s designation as a state that sponsored terrorism was rescinded.

Despite these positive changes, the new Administration has once again tightened its grip on Cuba. On April 17, 2019 OFAC unveiled amendments to the Cuban Asset Control Regulations (CACR), citing that Cuba continues to play destabilizing role in the Western Hemisphere, providing a communist foothold in the region and helping adversaries of the U.S. such as Nicaragua and Venezuela.  As of June 5th, 2019 authorization for person-to-person educational travel was removed only allowing travel for those who already had completed travel arrangements prior to this date.

What Should Compliance Officers Be Aware Of?

While there are many restrictions to consider, there are also plenty of scenarios where certain transactions are permitted. From a compliance perspective, it is critical we stay abreast of every change and every aspect of the Cuban sanctions program.  In the last 2 years alone, OFAC has issued multiple enforcement actions to financial and non-financial institutions including, hotels, travel booking websites and more. In 2018 and 2019, 8 of the 21 total OFAC actions have been cases involving the Cuban Sanctions Regulations. That is almost 40% of all current OFAC actions.

Recently, On June 13, 2019, OFAC announced the settlement with Hotelbeds USA, a Florida-based company that is a subsidiary of Hotelbeds, headquartered in Mallorca, Spain, in which Hotelbeds USA agreed to pay $222,705 for assisting 703 persons with Cuba travel services in violation of the Cuba Sanctions Program. The same day, OFAC announced the settlement with Cubasphere, and an individual who acted on behalf of Cubasphere agreed to pay $40,320 for violations to and within Cuba.

To keep the regulators away on this front, it is key to apply the following best practices:

If you have a unique scenario, please check out OFAC’s resource center where you can find detailed information and specific guidance on the Cuba Sanctions.