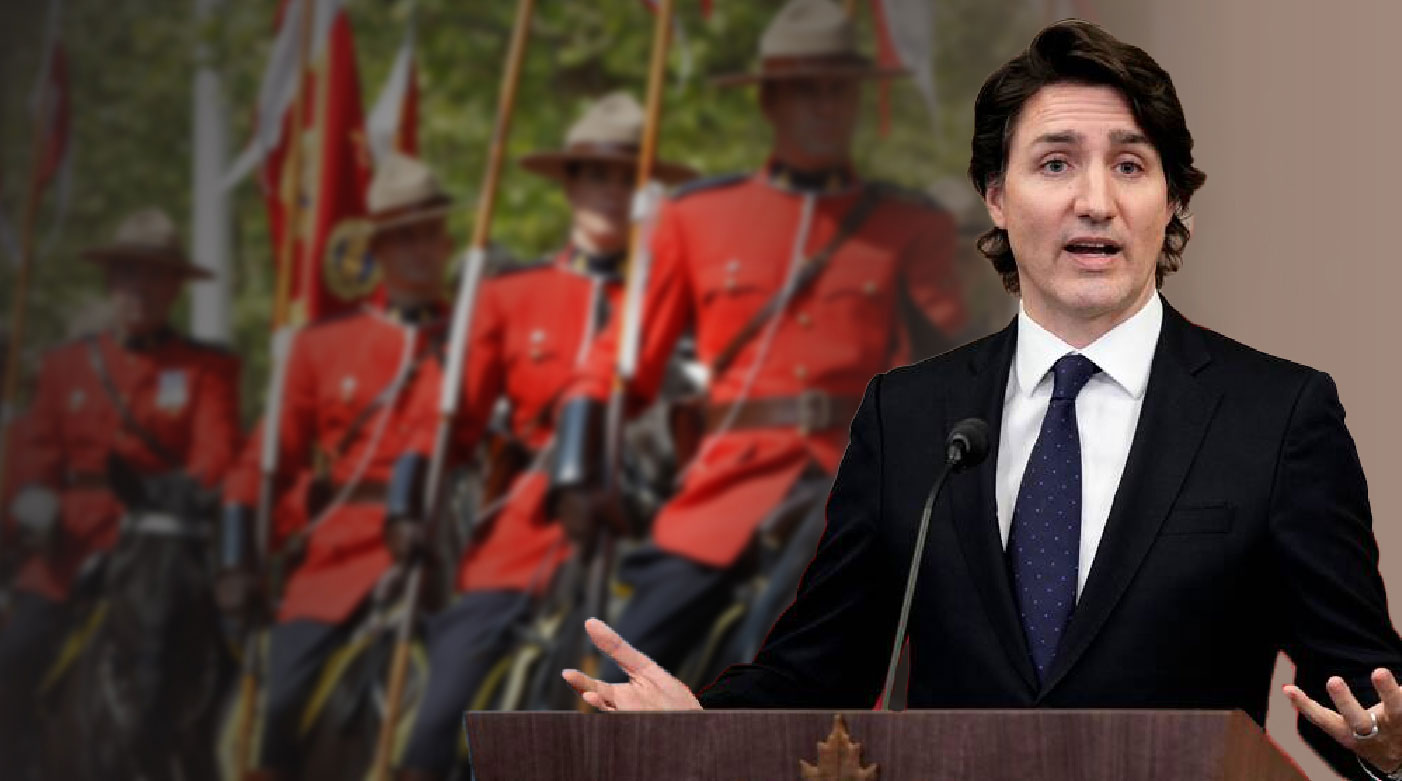 US President Joe Biden made clear the US’ continued resolve in its economic sanctions program against Russia in his recent State of the Union speech. UK Prime Minister Boris Johnson talked about dismantling Russian financial structures intricately concealed like matryoshka dolls.

Canada also moved in a heartbeat with its allies, implementing sanctions against Russian banks. Later, at a conference with the UK and Netherlands leaders, Canada’s Prime Minister Justin Trudeau sanctioned Russian individuals from a list compiled by Alexei Navalny, the once-poisoned and jailed opponent of Putin. Canada’s deputy prime minister and finance minister, Chrystia Freeland, has promised further sanctions.

The sanctions are the latest iteration of coordinated sanction levying by Western allies. Although Canada was on the world stage with the US, UK, and EU, Canada’s sanctions get less coverage in the Press than their allies. Why?

Their larger economies are one reason, of course, but another is that sanctions in Canada are not meaningfully enforced by the Canadian authorities and lack clear guidance for compliance. Add to that a lack of case law to clarify statutes. One recent opportunity to progress Canada’s sanctions program was missed because the country’s Crown Prosecution failed to secure evidence acceptable to a court of law.

Canada’s sanctions regime, overseen by governmental department Global Affairs Canada, is in step with its allies but is performed like a symbolic rejection of particular actions. If Canada’s implementation of Sergei Magnitsky Law (officially, the Justice for Victims of Corrupt Foreign Officials Act) is anything to go by, at times it barely does that.

Canada is a federal state, with the Constitution Act, 1867 dividing roles between the federal government and provincial governments. Canada’s sanctions regime is enacted at the federal level in Ottawa, the country’s capital.

Once enacted, it is the role of the Royal Canadian Mounted Police and the Canada Border Services Agency to enforce these sanctions. Should these bodies gather evidence of wrongdoing, charges may be levied, and the case tried in a provincial trial court. Should it go to appeal, it would be heard before a provincial appellate court and, possibly, the Supreme Court of Canada.

Canada’s federal parliament has passed much legislation to authorize sanctions, including the United Nations Act, which gives effect to decisions of the UN Security Council, and the Justice for Victims of Corrupt Foreign Officials Act. Other acts, such as the Export and Import Permits Act, provide additional methods of sanctioning impositions.

Another critical act in Canada’s sanctions regime is the Special Economic Measures Act (SEMA). The Government of Canada states that it employs SEMA, in conjunction with economic sanctions by other states, in the following cases:

(1) An organization Canada belongs to calls upon actions against a foreign state.

(2) A likelihood of a severe international crisis.

A Clear Set of Guidelines Needed

Canada’s government could inject more awareness into its sanctions program by releasing guidelines to help ensure corporations and individuals comply with the legislation. Other jurisdictions have already taken this route. The Office of Foreign Assets Control (OFAC), the sanctions enforcement agency in the US, has a comprehensive FAQ page to answer common queries, as well as a regularly updated enforcement actions page that is readily accessible to the public.

Similarly, the European Commission guides entities on acting in compliance with its sanctions. Canada does not provide nearly the same degree of information.

This relatively lower set of guiding material does not go unnoticed. Heidi Kinkartz, director, global sanctions at Scotiabank and board member of ACSS, comments: “Canadian sanctions legislation, as with sanctions legislation issued in other jurisdictions, often contains provisions that are subject to interpretation and are therefore somewhat grey.”

Ms Kinkartz says there are no “guidelines, rulings or opinions” published by Canadian sanctions authorities to address this. She comments that Global Affairs Canada’s list of FAQs is “limited to general questions, such as what are sanctions, their purpose and the consequence of non-compliance,” which contrasts with other countries, notably the US.

Simon Gollish, a litigation lawyer for Norton Rose Fulbright Canada LLP, makes similar observations. He, too, notes that regardless of jurisdiction “there is always a lack of visibility into how and when authorities decide to enforce a sanctions regime.”

Legal Arguments Not Heard in Courts

One recent case that made it to court ended anti-climatically because of lack of evidence, missing a chance for Canadian sanctions legislation to be clarified by the judiciary. In R v Kalia, (2020 NSSC 351), Nader Kalai was accused of violating Canadian sanctions by making a payment of C$140,000 to a Syrian company. He was charged with violating SEMA, a notable charge as only one person since 1992 has been successfully prosecuted under it. However, after the court curtailed the extent to which the Crown Prosecution’s documents seized from a warrant can be introduced as evidence, the Crown opted to not introduce any evidence to the Court, leading to Mr Kalai’s acquittal.

Punishment for violating Canadian sanctions legislation can include up to five years’ imprisonment. With such significant consequences at stake, the regulators’ relative silence on the application of Canadian sanctions is all the more surprising.

With the ambiguities surrounding Canada’s sanctions regime, and few court decisions on sanctions issues, one may reasonably surmise that Canada does not regularly pursue actions against entities for sanctions violations. The lack of information makes this abundantly clear, “primarily evidenced by the limited number of charges and court cases by law enforcement authorities that are in the public record,” Mr Gollish says.

Michael Nesbitt, an associate professor of law at the University of Calgary, noted the circumstantial evidence that made up the Crown’s case in R v Kalai and suggested a broader problem of Canada’s sanctions enforcement: its reliance on allies’ intelligence for evidence. He points out that Mr Kalai was on the sanctions list of both the United States and the European Union, but not on Canada’s list before his indictment – also pointed out in an article co-written by Mr Gollish.

Dr Nesbitt suggests that if the intelligence used to secure the warrant was indeed “passed on” from foreign jurisdictions, it may have been too weak to stand up in court. [The case] “looks to have fallen apart for technical reasons rather than on the merits.”

The failure to use Canadian sanctions legislation is also evident with the Sergei Magnitsky Law, which holds “foreign nationals responsible for gross violations of internationally recognized human rights.” There are no known instances of the enforcement of this act, which is relatively young, but it also has limited scope against corrupt foreign officials. It has also been criticized for not being updated.

Malliha Wilson, a senior partner at Nava Wilson LLP, and a former assistant deputy attorney general civil for the Canadian province of Ontario, criticized the Canadian government for using SEMA and not the Sergei Magnitsky Law. Writing in the Ottawa Citizen newspaper, as a way of example, one of the entities she cited sanctioned through SEMA was China’s Xinjiang Production and Construction Corps, “a state-run organization responsible for security and policing.” While this entity was also sanctioned by the US and the UK, both opted to use Magnitsky-style mechanisms.

As Ms Wilson notes in her piece, by failing to use the Sergei Magnitsky Law and electing to use SEMA, which is for economic sanctions, “Canada has lost the opportunity to state clearly that upholding human rights is supreme.”

“We know there seem to be unenforced sanctions violations,” says Dr Nesbitt. “How? First, we have been called out by foreign, particularly US agencies, as having some of this activity emanating from Canada. I believe our own security agencies have adverted to the activity happening in the past.

“Second, we see a few times a year or so someone from Canada being prosecuted in the US for an activity that sometimes looks like it could have been investigated here.… If we have some activity but almost no prosecutions, coupled with a fair number of sanctions now in place, it stands to reason that there is an enforcement problem at some level.”

It looks certain that the US, EU, Canada, and other states will continue to introduce even more sanctions against Russia as the war in Ukraine develops. That said, until we see evidence of Canada providing more compliance guidance and enforcing sanctions, its future proclamations will continue to be ultimately viewed as a symbolic rejection of political developments it deems wrongful.