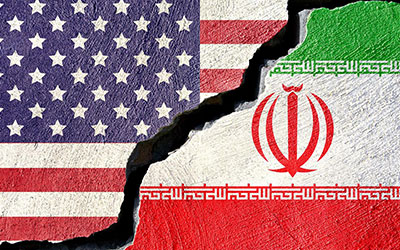 Conflicting Perspectives on Iran and the Ongoing Struggle to Comply with U.S. Sanctions

On that day, President Trump announced he was removing the U.S. from the Joint Comprehensive Plan of Action (JCPOA), otherwise known as the Iran nuclear weapons deal, and that the U.S. would be reinstating sanctions on Iran. Since then, the Trump Administration has established an extraordinary campaign with a view to restricting American trade with Iran.  While the U.S. withdrawal from the agreement did not render the deal invalid, the campaign’s reach has become so extensive that it has begun to affect European commerce with the Islamic republic as well.

Many European governments have disagreed with President Trump’s approach towards Iran and have sought ways to keep the agreement by finding ways to maintain commercial relationships with Iran in tact.  Recently, Europe created INSTEX, a trading system that could be used to continue to trade with Tehran.

Though this struggle shows no signs of slowing, it is important to understand the differing perspectives on Iranian sanctions as well as the recently imposed sanctions against Tehran and how they can help compliance suites navigate these muddy waters.

The U.S. Sanctions Program Against Iran

President Trump’s removal of the U.S. from the JCPOA came after Israel produced documentation showing that Iran had lied throughout negotiations for the international deal, and that the Iranian regime had a concealed nuclear weapons program in the 1990s.

Pursuant to E.O. 13846 issued August 8, 2018, the U.S. has imposed the most restrictive and toughest sanctions ever imposed on Iran, targeting its economic sectors such as energy, shipping, and shipbuilding as well as its financial sectors. The aim is to maximize financial pressure and the U.S. has clearly stated having an intention to aggressively enforce these sanctions. In fact, as part of the re-imposition of U.S. sanctions, OFAC took the single largest action ever made in one day by sanctioning more than 700 individuals, entities, aircraft, and vessels on November 5, 2018.

On this same date, Treasury published the Iranian Transactions and Sanctions Regulations final rule amending the previous language found in Title 31 of the Code of Federal Regulations (CFR) and further implementing the President’s decision to cease the U.S.’ participation in the JCPOA.

It is evident that the Iranian government has grown frustrated with the slow response of other governments in reaction to the re-imposition of the U.S. sanctions.

While Iran has promised to keep its commitments to the nuclear deal, many fear that in the absence of economic benefits, Iran will eventually withdraw from the deal as well.  To mitigate the effects of the U.S. sanctions program, Iran has been looking to Russia and China to maintain trade flow and in defiance of the U.S.  The situation remains volatile and there is great concern from European governments about how long Iran’s patience will last.

To keep the deal alive, the E.U. has taken a different stance.

Rather than siding with the U.S., in this instance the E.U. has collaborated with Iran by creating INSTEX.  This system is a special purpose vehicle that aims to facilitate trade between the E.U. and Iran.  INSTEX acts as a sort of euro-denominated clearinghouse for Iran to conduct trade with European companies. In effect, INSTEX works as a barter arrangement operating outside of the U.S.-dominated global financial system.

At the moment, the trades funneled through this system are specific to non-sanctionable essential goods such as humanitarian, medical and farm products.

As recently as September 20th, 2019 the U.S. Department of Treasury added Iran’s Central Bank and National Development Fund (NDF) to the SDN list. The NDFis a sovereign wealth fund whose board of trustees include Iran’s president, oil minister and the governor of the Central Bank.

As a result of recent actions, all property and interests in property of these entities that are in the U.S. or in the possession or control of U.S. persons must be blocked and reported to OFAC.

Foreign entities are also affected. OFAC’s press release offered the U.S. government perspective on this approach.  Sigal Mandelker, Under Secretary for Terrorism and Financial Intelligence said, “We are putting governments on notice that they are risking the integrity of their financial systems by continuing to work with the Iranian regime’s arm of terror finance, it’s Central Bank.” With this statement, the U.S. government has reminded European banks and firms that they could face stiff fines and penalties if they violate U.S. sanctions.

In fact, any foreign financial institution that knowingly facilitates a significant financial transaction or provides significant financial services for entities designated in connection with Iran’s support for international terrorism or any Iranian person on the SDN list could be subject to U.S. correspondent account or payable-through account sanctions.

However, the CBI designation will likely have limited practical effect for foreign banks.  While Iran’s oil export proceeds are usually deposited in Iran Central Bank’s accounts around the world, most global banks were no longer working with Iranian counterparts. Most transactions were prohibited because the CBI was already designated under the other sanctions authorities, including a 2011 designation of the entire Iranian financial sector, including the CBI, under Section 311 of the USA Patriot Act as entities of “primary money laundering concern”.

What Can Compliance Suites Do?

It is important for compliance professionals to stay abreast of the multiple changes and any updates to the information released by OFAC under E.O. 13846 issued on August 2018.  On September 25th, OFAC published additional guidance related to Iran-related FAQ’s.

Compliance suites must ensure that they understand what is prohibited and what is allowed.

For example, with regards to the sale of agricultural commodities, food, medicine and medical devices, OFAC will continue to consider requests related to humanitarian trade with Iran as appropriate.

The Iranian sanctions are extensive and complex.  Taking time to read and understand the executive order will give compliance suites a vast understanding of how to handle internal processes.

The following are some of the sections included in the executive order.  For the full list, please find the order here.

Equally important for compliance suites, is taking time to read the Code of Federal Regulations so that any changes can be well understood. For this particular sanctions program please refer to Federal Register Vol. 83.

*Glenda Juliano is the senior AML & Trade Control Analyst at Franklin Templeton Investments in St. Petersburg, Florida. She is a member of the ACSS Editorial Task Force.