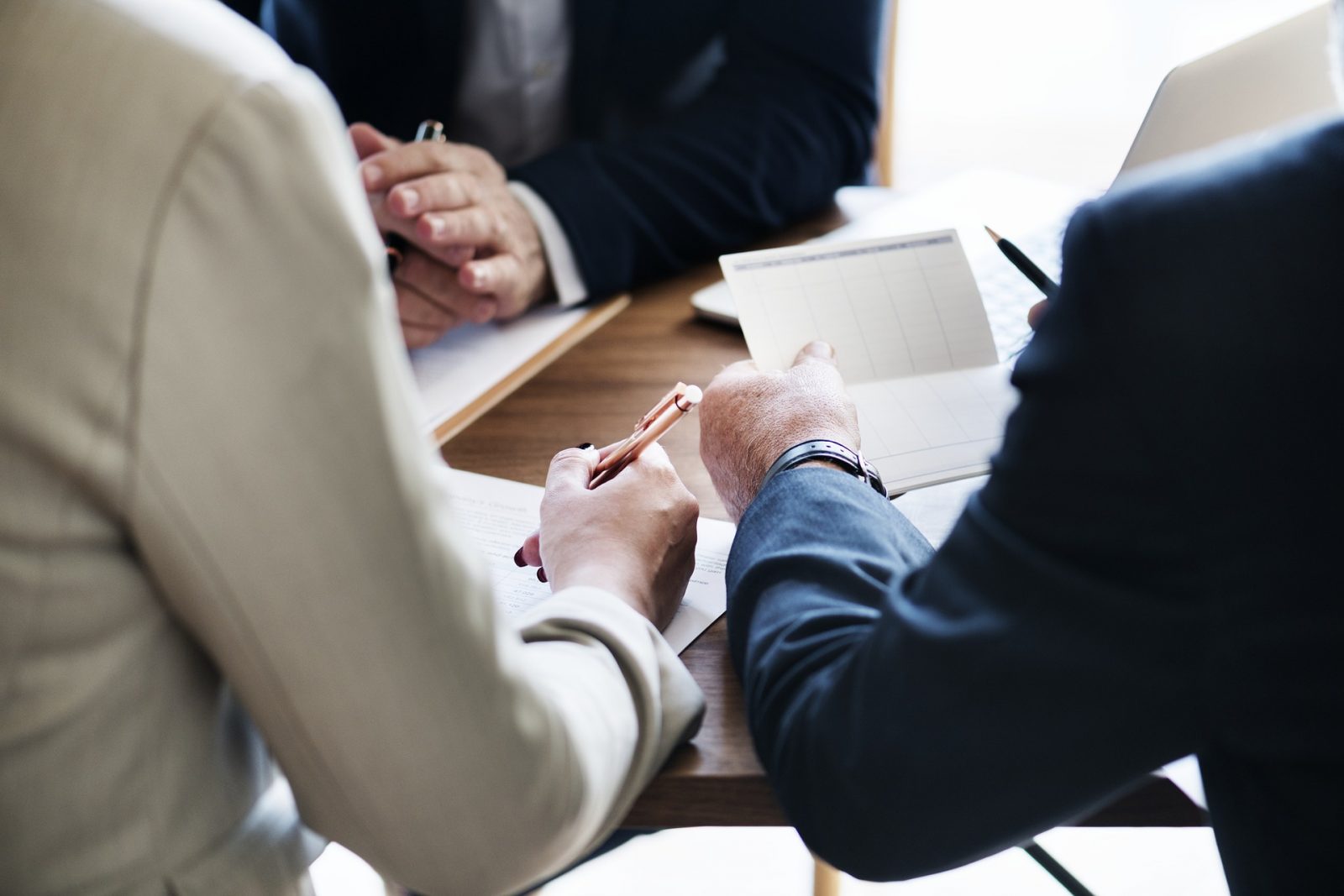 Business with Iran Through INSTEX: The Viability of Europe’s New Economic Trade Mechanism

In early 2019, despite U.S. sanctions to the contrary, Germany, France and the U.K. (also known as the ‘E3’) joined together to set up INSTEX: a new payment channel to facilitate trade with Iran. Though a bold move in theory, any effort on the part of the E.U. to continue trade with Iran could only serve to ruffle Washington’s feathers.

In May 2018, President Trump announced that the U.S. would be withdrawing from the 2015 Iran nuclear deal, or Joint Comprehensive Plan of Action (JCPOA), and reinstating Iranian sanctions. Since that time, European leaders have made a variety of political moves to show their distaste for President Trump’s decision, the most notable of which was to re-activate the so-called Blocking Regulation (formerly Regulation 2271/96). This measure blocks European companies, under threat of punishment, from complying with U.S. sanctions against Iran.

The new INSTEX payment system is yet another effort by E.U. leaders to counteract U.S. sanctions, but experts are not clear as to whether this new payment system is truly an economic channel for E.U. companies to continue trade with Iran or simply an act of defiance against the Trump Administration’s rejection of the JCPOA.

The Instrument in Support of Trade Exchanges, or INSTEX, is a Special Purpose Vehicle (SPV)specifically established by France, Germany and the U.K. in order to facilitate ongoing trade with Iran as per the terms of the JCPOA. Under the JCPOA, five permanent members of the UN Security Council – China, France, Russia, United Kingdom, United States, plus Germany – agreed to lessen sanctions against Iran in exchange for the gradual elimination of its proliferation program.

According to Elika Eftekhari, President of Alamut Trade Partners and Director of Trade Compliance at the US-Iran Chamber of Commerce: “INSTEX reflects the EU’s desire to demonstrate its political and economic autonomy outside of third-country intervention, as well as send a conciliatory signal to the Iranians with respect to the JCPOA.”

The E3’s foreign ministers issued a joint statement with a brief overview of this new mechanism, but the E.U. has yet to provide detailed guidance on how such a payment channel is to be used practically. According to the statement, the INSTEX SPV will focus “initially on the sectors most essential to the Iranian population – such as pharmaceutical, medical devices and agri-food goods”.

Jan Verloop, Consultant and former Trade Control Officer at Shell International, tells us the biggest problem is that, “normal international payments usually run via one or more banks and, in the latter case, via a system called SWIFT. Because most of the banks that could facilitate payments related to Iran also have interests in the USA, INSTEX may also act as a safety line for many non-US banks that cannot afford to lose US-related activities.”

As of June 2019, the INSTEX SPV has only been used for limited humanitarian purposes such as purchasing or delivering foods and critical medicines. This means that, for now, INSTEX will avoid a direct clash with the White House, since U.S. sanctions currently permit these categories of trade due to their humanitarian nature.

How Does INSTEX Work?

Ideally, the INSTEX SPV will insulate trade with Iran from U.S. sanctions by acting as the middleman. It has been suggested that this will be done using a ‘mirror-image’ transaction system. In other words, any transactions done by a European company with Iran will be financially matched (or ‘mirrored’) by INSTEX; then the Iranian counterpart to INSTEX will coordinate a similar matched payment to the Iranian company on the other side of the transaction.

This way, technically speaking, no payments go through Iranian hands and no payments have to pass through international payments systems like SWIFT or vulnerable banks.

However the mechanism will work in practice, this new payment system that potentially enables trade with Iran is a significant demonstration of Europe’s continued commitment in preserving the JCPOA after the U.S. decision to withdraw.

From the start, the idea of this mechanism has raised questions about its practicality for two main reasons:

Firstly, the imbalance between European exports to and imports from Iran – these are not always equal. In order for the INSTEX mirror-image process to work, the revenue generated by selling Iranian oil needs to match payments made European companies. However, with continued U.S. restrictions on the sale of Iranian oil, the influx of Iranian funds could become a challenge that ultimately leads to a deficit for Iran.

Transactions involving exports to and from Iran will not always match up perfectly, individually, or in aggregate. INSTEX will need to find a way to balance payments within both overall trade flow and at an operational level, so that payments can be settled appropriately.

Furthermore, considering that many buyers of Iranian oil are not European—e.g. China, India, Korea and Japan—it is not certain that those buyers would accept transferring payments to the new INSTEX SPV. Any agreement to that end could require complicated negotiations between several countries in which U.S.interference and influence could not be ignored.

Jan Verloop reminds us that: “Trade needs logistics. Given the regional and even global nature of present day trading channels, carving out Iran specific sub-sets may be rather difficult and costly.” He also adds that, “Making the system available for parties in China and Russia might well be key to its success.”

The second reason that INSTEX may be impractical is the long-arm reach of U.S. sanctions and their pervading international impact.The Trump Administration has made it clear that it will not hesitate to politically and financially pressure the E.U. if it believes U.S. sanctions against Iran have been circumvented in any way.

In a letter to the president of INSTEX dated May 7, 2019, obtained by Bloomberg, the U.S. Treasury Department undersecretary clearly states that, “Engaging in activities that run afoul of U.S. sanctions can result in severe consequences, including a loss of access to the U.S. financial system.”

As INSTEX currently only trades in those goods that are not prohibited by U.S. law, many experts believe that the mechanism will only serve as a replacement for correspondent banks that are unwilling to facilitate payments involving Iran.

According to Stuart Gamester, Sanctions Compliance Director at GlaxoSmithKline in London, at the moment, INSTEX “only provides a financial route where no other E.U. correspondent bank wants to be involved with Iran as they are being ‘scared off’ by the threat of not using the U.S. money markets”.

It also remains unclear if European, or even non-European companies and banks, especially those with an international reach, will be willing to use INSTEX to trade with Iran as many of their lucrative business opportunities lie within the American market.

Elika Eftekhari, President of Alamut Trade Partners and Director of Trade Compliance at the US-Iran Chamber of Commerce cautions us that, “ the U.S. casts a wide shadow over the global financial system, resulting in an inverse relationship between E.U. company size and interest in participating in INSTEX. Because INSTEX will appeal more to small-to-medium sized entities, which may have more informal internal compliance mechanisms than larger corporations, participation will need to be maintained under the strictest of protocols.”

Many experts concur with Ms. Eftekhari regarding INSTEX’s appeal (or lack thereof) to larger corporations.

Clay Stevenson, Founder of CHS Sanctions Advisory LLC and former Managing Director & Global Economic Sanctions Executive at Bank of America, agrees that “most companies who have significant U.S. market exposure will not want to place that at risk for the potential of smaller, less lucrative commerce with Iran.” He adds, however, that, “for companies who have little U.S. market exposure, this may result in a different calculus.”

Matt Bell, Senior Managing Director at FTI Consulting further agrees that, “the U.S. administration has been clear that INSTEX or not – anyone continuing business with Iran risks scrutiny and enforcement.  As such, major companies will be unlikely to use INSTEX.”

Jan Verloop similarly states that, “Even if INSTEX does work, many larger E.U.-companies will abstain because their interests in U.S. market are more significant than any Iran related potential.” He adds, however, that, “several larger E.U. companies may be able to facilitate one or more semi-independent distributors to run Iranian business.”

Some experts within the industry also foresee continued pushback and blocking moves by the U.S. to prevent such a system from gaining traction.

Stuart Gamesterstates there may be a good chance that,“the U.S. will designate INSTEX, the beneficiaries involved and potentially any E.U. companies using the system”. He adds that, “the easiest way for the U.S. to disrupt INSTEX would be to designate the Iranian equivalent – the Special Trade and Finance Institute – and block the financial routing. I expect to see this in the coming weeks.”

Clay Stevenson predicts that, “at a minimum, the U.S. will continue to highlight the risks of INSTEX to companies who wish to engage in trade and transactions with the U.S. market.” He continues by adding that, “this will take the form of hints and overt threats to use sanctions tools to target participants in the mechanism and the mechanism itself.”