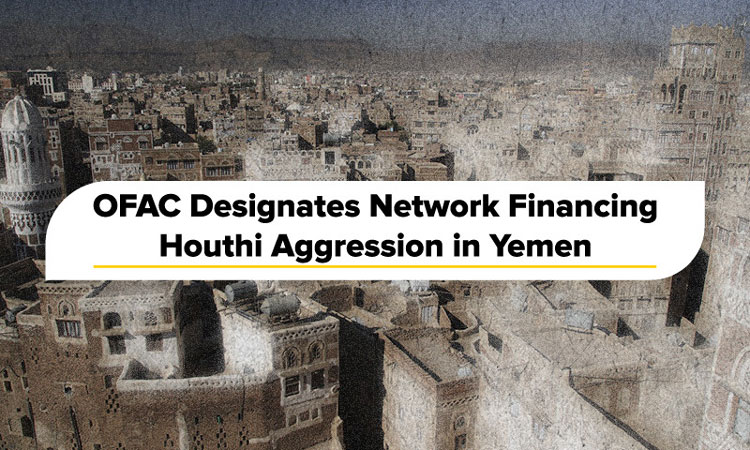 The U.S. has stepped up its efforts to thwart attempts to conduct business with individuals and companies that support aggressive, dissident groups in Iran and Yemen.

OFAC has designated members of a smuggling network that helps fund Iran’s Islamic Revolutionary Guard Corps-Qods Force (IRGC-QF) and the Houthis in Yemen. The network, led by Sa’id al-Jamal, a Yemen national based in Iran, generates tens of millions of dollars in revenue from the sale of commodities, such as Iranian petroleum. OFAC says the proceeds are directed through intermediaries and exchange houses in multiple countries to the Houthis in Yemen.

The designations were announced on June 10 under the 2001 counterterrorism authority  E.O. 13224, as amended. The IRGC-QF itself was designated in 2007.

Since the beginning of the conflict in Yemen, OFAC says the Houthis have relied on support from IRGC-QF to fight against the internationally recognized Yemeni government. The Houthis conduct lethal attacks in Yemen, says OFAC, using ballistic missiles, explosives, naval mines and drones to strike not only military targets, but also population centers, infrastructure, and nearby commercial shipping in Saudi Arabia, along key international trade routes.

Sa’id al-Jamal is considered to be a financial conduit to the Houthis. OFAC says he fronts companies and vessels that smuggle Iranian fuel, petroleum products, and other commodities to customers throughout the Middle East, Africa and Asia. He maintains connections to Hizballah and has worked with it to send millions of dollars to support the Houthis, OFAC says.

Sa’id al-Jamal is currently not designated by the E.U., nor the U.K.

Sa’id al-Jamal’s network comprises a cohort of businessmen of various nationalities at different locations. The cohort sells illicit Iranian goods abroad and gives the profits to the Houthis in Yemen and the IRGC-QF.

Other members of the cohort comprise:

Other designations comprise the following companies:

Triple Success, a vessel sailing under the Gabon flag, has also been designated. The vessel has been used to smuggle Iranian petroleum products, says OFAC.

For example, if a Singapore shipping company buys a vessels from Jami’ ‘Ali Muhammad, it may be penalized by OFAC. This is true even when there is nothing in the dealings that involve the U.S., such as the use of its currency or the export or import of U.S. goods.

Further details identifying the individuals and entities designated are in the Specially Designated Nationals List Update.