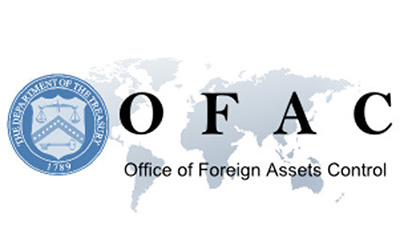 A commonly held misconception within the sanctions industry is that Office of Foreign Assets Control (OFAC) sanctions programs only apply to financial institutions. Recent large civil liability settlements between OFAC and several large banking companies support this misconception. As published in the international press, Standard Chartered Bank reached a settlement agreement with OFAC in April 2019 for an apparent violation by paying OFAC $639 million; Societé Génerale S.A. in November 2018 reached a settlement agreement for the same type of apparent violation by paying OFAC $53 million; and J.P. Morgan Chase in October 2018 paid $5 million to OFAC for an apparent violation.

However, as stated in OFAC’s mission statement, all U.S. persons must comply with OFAC regulations, including non-financial companies and corporates.  U.S. persons are defined as all U.S. citizens and permanent resident aliens regardless of where they are located. In addition, non-U.S. persons that knowingly own, operate, control, or ensure a vessel that conducts activity related to a sanctioned entity or individual could be subject to secondary sanctions.  Thus, it is important that U.S. persons remain up-to-date of those entities and individuals identified in OFAC sanctions programs.

Several non-financial industries have been targeted recently by OFAC, including: maritime shipping, travel/transportation, software, and manufacturing. Each case presents a unique lesson for compliance professionals.

Deceptions in the Maritime Shipping Industry

One of most problematic industries regarding OFAC sanctions and how to apply sanctions programs is the maritime shipping industry.  The industry includes entities and individuals such as shipping companies, vessel owners, managers, operators, and insures, as well as financial institutions that assist the industry.  An entity or individual who facilitates in any way the logistics, financial transfers, or insurance related to shipments addressed in sanctions programs are at risk of having civil liabilities imposed.

To circumvent compliance with sanctions programs, the maritime shipping industry uses several deceptive practices to obscure the movement, financing, and insurance related to activity described in sanctions programs. These deceptive practices include: falsifying cargo and vessel documents, ship to ship transfers, disabling the automatic identification system (AIS), and changing the names of vessels involved in shipments. Documents related to these deceptions can include: bills of lading, certificate of origin, invoices, packing lists, proof of insurance, and lists of ports of call. It is essential that a vessel is searched by name and by its International Maritime Organization (IMO) number.

An example of the complexity related to sanctions programs and the maritime shipping industry is the MID-SHIP Group LLC settlement.  MID-SHIP, located in Port Washington, New York, paid $871,837 in May 2019, to settle its potential civil liability for five apparent violations of the Weapons of Mass Destruction Proliferators Sanctions Regulations (WMD).  The settlement was related to the fact that MID-SHIP processed five electronic funds transfers, of approximately $472,861, for payments associated with transactions involving blocked vessels identified on OFAC’s List of Specially Designated Nationals and Blocked Persons (the “SDN List”). MID-SHIP’s subsidiaries located in China and Turkey negotiated three charter party agreements between multiple third parties regarding the transportation of goods from one foreign port to other foreign ports. These third parties ultimately used two vessels from a sanctioned country for the shipments. MID-SHIP had on file many documents identifying the vessels by their respective names and IMO numbers, and MID-SHIP was well aware that the vessels were connected to the sanctioned country by the time MID-SHIP processed the electronic funds transfers constituting the apparent violations.  However, MID-SHIP processed the payments in violation of the WMD regulation.

Cuba and the travel Industry

Expedia Group Inc. a travel company based in Bellevue, Washington paid $325,406 for assisting 2,221 persons with Cuba-related travel services.  OFAC determined that Expedia provided travel or travel-related services for some Cuban nationals and dealt with properties of Cuban nationals.  These actions occurred because some foreign subsidiaries of Expedia did not fully understand U.S. economic sanctions laws and Expedia did not have a reliable technical implementation program in place to avoid apparent violations.

At the same time, Hotelbeds USA, Inc a travel company incorporated in Florida, paid $222,705 for assisting 703 persons with Cuba-related travel services.  In this case, OFAC determined that Hotelbeds knowingly sold hotel accommodations in Cuba, then gave its clients instructions to route their payments for these Cuba-related transactions to an account in Spain from which Hotelbeds was reimbursed.  Of special note in the Hotelbeds case was that OFAC found that various Hotelbeds employees and supervisors appeared to know of and actively participated in the conduct that lead to the violations.

There have been a number of recent cases involving companies the manufacture goods and provide them globally.

In January 2019, ELF, a cosmetics company based in California, paid OFAC $996,080 to settle a civil liability violation related to the importing of 156 shipments of cosmetics from the People’s Republic of China that contained materials provided by suppliers from the Democratic People’s Republic of Korea (DPRK).  From April 2012 to January 2017 e.l.f. imported false eyelash kits worth $4,427,019.00 in violation of the North Korean Sanctions Regulations.  The OFAC investigation determined that e.l.f.’s OFAC compliance program was either non-existent or inadequate.  The compliance program and its audits failed to discover that 80% of the eyelash kits supplied by China-based suppliers contained materials from the DPRK.

Interesting in this case was that…

In February 2019, AppliChem, a chemical company owned by Illinois Tool Works (ITW) based in Illinois, paid OFAC $5,512,564 to settle a civil liability violation related to AppliChem’s sale of chemicals to Cuba in violation of the Cuban Assets Control Regulations (CACR).  On January 1, 2012, ITW acquired AppliChem, a German company that manufactures chemicals. While conducting acquisition negotiations in December 2011, ITW discovered references to countries subject to U.S. economic and trade sanctions on AppliChem’s website.  On December 19, 2011, ITW warned AppliChem that it would be required to cease all Cuban transactions after its acquisition by ITW.  On January 12, 2012, the General Manager of ITW sent AppliChem’s former owners a memorandum explaining ITW’s guidelines for complying with U.S. sanctions, including the CACR.  However, between May 2012 and February 2016 AppliChem continued to conduct business with Cuba as it sold chemical products to Cuba on 304 occasions.  This was a clear violation of the CACR.

In March 2019, Stanley Black & Decker (SB&D), a tool company based in Connecticut, paid OFAC $1,869,144 to settle a civil liability violation related to transactions by SB&D’s and its subsidiary JuangsuGuoqiang Tools Co. Ltd. (GQ) based in China.  The transactions involved the sale of power tools and spare parts to Iran or to a third party, that SB&D and GQ knew would reexport said items to Iran in violation of the Iranian Transactions and Sanctions Regulations (ITSR).  Between June 2013 and December 2014, GQ exported 23 shipments of power tools and spare parts, worth $3,201,647.73, to Iran or to the third country.  OFAC had the facts to show that SB&D and GQ had knowledge that the items were intended for the supply, transshipment, or re-exportation, directly or indirectly, to Iran.  In 2011, as SB&D began acquisitions negotiations with GQ, SB&D discovered that GQ exported items to Iran.  At this time and further into 2012 and 2013, SB&D encouraged GQ to cease sales and transactions with Iran.  However, SB&D did not implement procedures to monitor or audit GQ’s operations to ensure that its Iran-related sales did not recur after the acquisition.  This failure by SB&D to oversee GQ’s operations as related to Iran sales and transactions resulted in the violations of the ITSR.

In all of these cases, the industries involved committed to enhance their sanctions compliance programs by:

*Thomas Nollner is the former Economic Crimes Team Advisor for the Treasury Department’s Office of Technical Assistance, and currently a  Banking AML/CFT Consultant in the Chicago area. He is an active member of the ACSS Editorial Task Force.

A Clear-Cut Way to Reduce the Financial and Criminal Penalties