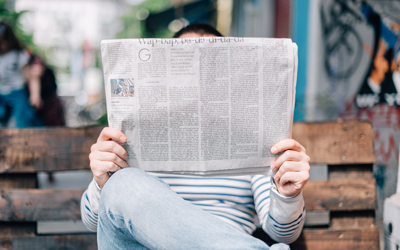 On May 2, 2019, the U.S. Treasury’s Office of Foreign Assets Control (OFAC) published a Framework for OFAC Compliance Commitments “in order to provide organizations subject to U.S. jurisdiction, as well as foreign entities that conduct business in or with the United States or U.S. persons, or that use U.S.-origin goods or services, with a framework on the essential components of a sanctions compliance program”. This guidance marks the first time that OFAC has provided prescriptive guidance to companies on its views of what should be included in an effective sanctions compliance program.

In addition to providing its essential components, OFAC also delineates the 10 root causes of a compliance program breakdown.

Would you like to learn more about how to stay compliant with OFAC sanctions? Sign up for the ACSS International Sanctions Conference, where you can listen in at our roundtable – Essential Pillars of an OFAC/Sanctions Compliance Framework, led by Matthew Levine of Guidepost Solutions LLP.

On June 13, 2019, OFAC announced three separate settlements: a $325,406 settlement with Expedia Group, Inc., a $222,705 settlement with Hotelbeds USA, Inc. (Hotelbeds), and a $40,320 settlement with Cubasphere, Inc. (Cubasphere) for apparent violation of the Cuban Assets Control Regulations, 31 C.F.R. part 515 (CACR).  All companies violated the CACR by providing travel services to persons travelling to or within Cuba.

In 2016, as part of the so-called “Cuban Thaw”, Obama lifted the travel ban to permit recreational visits to Cuba. In June 2019, however, Trump tightened travel restrictions on Cuba once again.

Would you like to keep up-to date with the latest in sanctions news? Sign up for our monthly Newsletter and never miss a beat! Click here to read our last Sanctions Round Up.

On June 24, 2019, the President issued a new Executive Order (E.O.) “Imposing Sanctions with Respect to Iran.”  This Executive order imposes sanctions on Iran’s Supreme Leader, the Supreme Leader’s Office (SLO), and also targets eight senior commanders of Navy, Aerospace and Ground Forces of the Islamic Revolutionary Guards Corps (IRGC). Effectively, Iran’s leadership has been denied access to financial resources and “any foreign financial institution that knowingly facilitates a significant financial transaction for entities designated under this Executive Order could be cut off from the U.S. financial system.”

Treasury Secretary Steve Mnuchin says that, the “Treasury will continue to aggressively target the senior leaders and the financial apparatus sustaining […] malign activity”, and that “this action is a warning to officials at all levels of the IRGC and the rest of the Iranian regime that [the U.S.]will continue to sanction those who export violence, sabotage, and terrorism.”

This action follows a number of actions prompted by Trump’s decision in May 2018 to withdraw the U.S. from the Iran nuclear deal. The agreement, officially known as the Joint Comprehensive Plan of Action (JCPOA), was reached in 2015 by Iran and major world powers – U.K., China, France, Germany, Russia and the U.S (the ‘P5’) in hopes of halting Iran’s nuclear capabilities. Unfortunately, the U.S. withdrawal last year from a nuclear containment deal is only pushing Iranian leaders to violate the terms of the JCPOA which they had been largely abiding by until now.

Would you like to learn more about the impact of Iran Sanctions? Sign up for the ACSS International Sanctions Conference, where you can listen in at our roundtable – Iran Sanctions: the JCPOA, EU Blocking Statute, and Beyond, led by Stuart Gamester of Shell (UK).

On June 28, 2019, the Treasury Department imposed financial sanctions on President Maduro’s son, Nicolas ‘Nicolasito’ Maduro Guerra for illegal profits from mining and steps he has taken to increase censorship. As a result, any of Nicolasito’s U.S. assets have been blocked and U.S. persons are banned from dealing with him.

Treasury Secretary, Steve Mnuchin states that, “Maduro relies heavily on Nicolasito … to maintain a stranglehold on the economy and suppress the people of Venezuela.”

These sanctions are the latest in an on-going effort by the Trump Administration, starting in 2017, to pressure the socialist country’s President, Nicolás Maduro, to step down. Since 2017, the U.S. has imposed sanctions on numerous government and state officials of Venezuela, the Venezuelan gold and oil industries, restricting access to U.S. debt and equity markets, sanctions on Venezuela’s banking sector, and the designation of over 100 Venezuelan individuals on OFAC’s SDN List.

For detailed guidance on current Venezuelan sanctions, see the U.S. Government’s updated version of its Overview of U.S. Sanctions on Venezuela.

Would you like to become certified as a sanctions specialist? Sign up for our Certified Sanctions Specialist course and become CSS certified in 2020!

On July 23, 2019, the U.K. voted to elect Boris Johnson as the leader of the Conservative Party in Parliament and, thus, the new Prime Minister of the country. Due to Mr Johnson’s widely-known views on the U.K.’s decision to leave the E.U. (or ‘Brexit’), namely that he is prepared to leave without a deal, make it more likely that the U.K. may break from Europe without agreeing the terms of their split.

Though the U.K. Parliament passed the Sanctions and Anti-Money Laundering Bill last year, giving at least some indication as to how sanctions would be implemented and enforced after the divorce from Europe, there are still a lot of questions on how businesses should prepare for a ‘No Deal Brexit’.Some reports have been published, such as the UK Parliament’s European Union External Affairs Sub-Committee published a report on British sanctions policy and the European Commission’s “notice to shareholders” about the impact of U.K. withdrawal, however, these mostly provide a rough guideline to sanctions after Brexit.

It is essential that businesses start taking the necessary steps to prepare for the effects of a no deal Brexit well ahead of the October 31st deadline. Businesses engaged in international shipment of goods, especially military equipment, firearms, dual-use goods, or pharmaceuticals, as well as those that regularly carry out international financial transactions should contact the Office of Financial Sanctions Implementation (OFSI) for more information on how Brexit could affect their particular circumstances.

Would you like further updates on the E.U. and current Europeansanctions law? Join us on September 26th, 2019 at 10am ET for the following webinar: E.U. 3rd Quarter Sanctions Update.