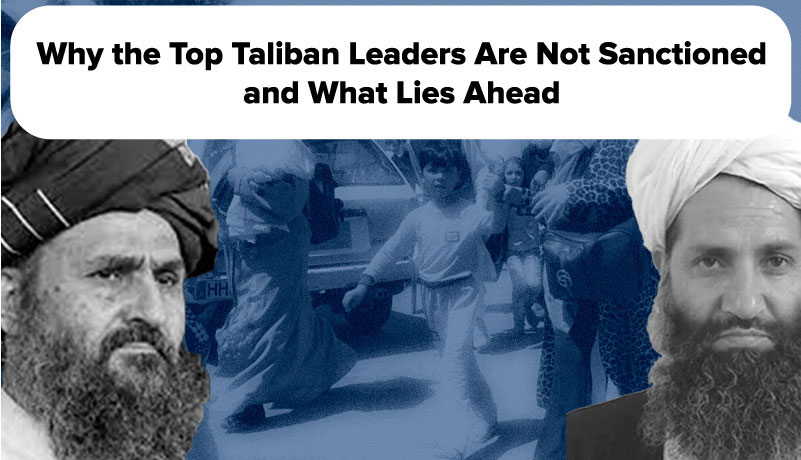 With the Taliban’s takeover of Afghanistan, we reviewed who in the Taliban leadership is under sanctions. We found that, while the group itself is sanctioned by the US, the two top leaders of the Taliban – Haibatullah Akhundzada and Abdul Ghani Baradar – are not. Even stranger, Russia has imposed more sanctions against current Taliban leadership than the US. This raises questions not just about why these two were not sanctioned, but about US sanctions policy in general, and how the US Treasury and other regulators will deal with the Taliban moving forward.

US sanctions are generally reactive and are implemented in response to illicit or nefarious activity. Deposing the Afghan government certainly qualifies as both. A quick US response, however, was likely hampered by two factors:

How Did the US End Up In This Sanctions Pickle?

A combination of not implementing UN sanctions, valid skepticism about the effectiveness of sanctions in this case, and simply not keeping the conflict uppermost in mind are why the US has fewer designations on the Taliban than its allies – fewer even than Russia.

The US was behind the initial push of anti-Taliban sanctions in 2001, which led to the ground-breaking UN resolution 1373. This resolution authorized global sanctions against the Taliban and Al Qaida at the behest of the UN and called on all countries to implement UN sanctions. It was implemented by, among others, the UK, Switzerland, Russia and the EU.

Oddly, despite being the primary force behind these sanctions, the US did not implement the UN’s ant-Taliban sanctions, and it still does not implement UN sanctions. The US never imposed UN sanctions against Abdul Ghani Baradar and Sher Mohammad Abbas Stanikzai, two Taliban leaders from 2001 who have re-emerged as top Taliban leaders today. The US failed to impose its own autonomous sanctions, most likely because it so quickly deposed the Taliban that it considered the matter irrelevant.

Imposing sanctions takes significant work and coordination between the Treasury, Justice and State Departments, and so significant that inter-agency buy-in has to exist for designations to go forward. Taliban designations were rarely greeted with enthusiasm because there is a strong argument to be made that they have no impact and could even be counter-productive.

As an insurgency, the Taliban did not rely on the formal financial system, instead relying on military and financial assistance from Pakistan, which they received physically in the borderlands, on money collected at checkpoints, through extortion and criminal operations. With their black market operations and the limited reach of a formal financial system in Afghanistan, not many organizations could enforce sanctions and “do compliance.”

Worse, decades of war have left Afghanistan with few records, and many individuals have no verifiable date of birth and operate under only one name, including a former foreign minister. This Afghan politician simply went by “Abdullah” until the foreign press corp begged him for a family name, to which he responded by adopting the name of Abdullah Abdullah.

Applying sanctions to an insurgent group that doesn’t use the formal financial system, a small formal financial sector with few compliance tools, and a population that has few detailed records would amount to nothing more than a political statement rather than effective tools to freeze money.

Another possible explanation for the lack of sanctions on the Taliban’s current leadership, including the movement’s co-founder, Abdul Ghani Baradar, Sher Mohammad Stanikzai and Abdul Hakim Haqqani, is that all three were the movement’s top negotiators and often interfaced with the US. The US generally does not like to impose sanctions on its negotiating partners on the basis that it’s a good way to say that we’re ending the talks, not starting them.

Not Keeping the Conflict Uppermost in Mind

The 20-year conflict is the longest in US history, and both US policymakers and the US public let the war slip to a low priority. This is why the movement’s current leader, Haibatullah Akhundzada, is not sanctioned by anyone globally. He was elevated to his current role in 2016, at a point in the conflict when it seemed that the Taliban would remain insurgents and not a political threat.

What happens next in sanctions land is determined by the Taliban as well as the strength of US negotiators. In the near term, the US and other Western governments are focused on evacuations and humanitarian aid. In the long term, the goal will likely be to minimize human rights abuse and prevent Afghanistan from becoming a terrorist safe haven.

No rush for sanctions exists, as previous sanctions against the Taliban as a group already allow for the freezing of its funds. This includes billions in prospective aid earmarked for the former government, and former Afghan government reserves held by the US government.

If the Taliban follow their recent promises of eschewing atrocities and not providing safe harbor to terrorists, the US could quickly issue general licenses that allow for the rapid flow of aid into the country and potentially even unfreeze some assets, likely the Afghan government reserves. The Taliban will restrict women’s freedoms and cut back on an open society and free press, but the US government maintains close ties with other countries with similar policies. While abhorrent, it will not be a cause for the US to impose sanctions.

Should the Taliban’s “moderation” prove short-lived, the US will likely impose sanctions on the group’s leadership using both terrorism and human rights sanctions while maintaining narrow carve-outs for aid. Some have suggested that the US Department of State could sanction the Taliban as a Foreign Terrorist Organization (FTO). De jure, this is more restrictive than existing Treasury sanctions, but de facto, there’s no one out there that was doing business with the Taliban under Treasury sanctions that will suddenly stop because of FTO designation.

The difficulty for the US government is that it has few sticks but many carrots. Having withdrawn militarily, it is clear that the military option is off the table. Also, the Taliban are already sanctioned and don’t rely on the formal financial system.

The “carrots” include formal recognition by the US government of the Taliban as the government of Afghanistan. If it does recognize Afghanistan, this will likely come with demands for moderation and counter-terrorism cooperation, potential delistings and funds release. If the Taliban actually governs, does not violate human rights or harbor terrorists – a lot of ifs – the US is still unlikely to release all blocked funds at once, instead maintaining a slow flow to incentivize continued moderation.

Few Western banks were doing business in Afghanistan with much financial activity. Most transactions were with Western Union and MoneyGram, both of which have now halted all remittances to Afghanistan. Of those Western banks whose activities touched Afghanistan, most were often through transfers of aid money, or providing financial services to international companies and individuals operating in Afghanistan. With their departure, much of this business will dry up as well.

The most prudent step for the private sector is to halt all of its Afghan-related business immediately and await further instructions from regulators.

*Peter Piatetsky leads strategy, growth and product design at Castellum.AI, working closely with clients to achieve risk-aligned coverage for all of their compliance needs. Prior to co-founding Castellum.AI, he served at the US Treasury Department in multiple roles, including as Senior Policy Advisor, advising the President, Treasury Secretary and other principals on sanctions, anti-money laundering and terrorist financing related to Iran, Lebanon and Israel/Palestine.

Peter was detailed to the Financial Action Task Force, representing the US as an assessor for the mutual evaluation of Bahrain. Following Treasury, Peter held a leadership role at Woori, one of Korea’s largest banks, supervising all of its financial crimes compliance in the US and advising the chief compliance officer. As part of that role, he led the bank’s compliance technology efforts, including model validations, data integrity audits, and the RFP process for screening system and data vendor selection and replacement. He speaks regularly at industry conferences and is an Adjunct Professorial Lecturer at American University.