Member Profile – Kenneth Barden: How to Get a Foot in the Public Sector Door

The use of sanctions as an international regulatory and compliance tool has risen exponentially in recent times. The increasingly complex nature of these sanctions programs has led to the need for qualified persons equipped with the knowledge to tackle the day-to-day compliance and operational duties brought on by the ever-changing rules that govern sanctions policy.

In order to gauge a real-life perspective of those in the business, SanctionsAlert.com has taken the time to ask sanctions professionals what they think is the best way of breaking into the sanctions field and how they see the future of the sanctions industry unfolding.

For this Member Profile, SanctionsAlert.com sat down with Kenneth Barden, CAMS, CFCS – Compliance Specialist at The Green Climate Fund and SanctionsAlert.com Advisory Board member – to find out how to successfully break into the public sector and what type of experience and knowledge is needed to do so. 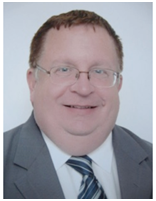 Sanctions Alert:Could you please tell us a little about your background in sanctions and compliance?

Mr. Barden: I am an attorney, and I trained and started my career in the United States. For the first 15 years of my career I dealt mostly with municipal governments, namely public financial matters and the public integrity of finance systems. Then, in 1998, I had the opportunity to go to the Republic of Palau, which at that time was the world’s newest country (having become independent in 1994), and needed guidance on how to set up their government and financial systems. I was hired as the legal counsel to the Ministry of Finance and assisted in setting up their public financial management regulations.  My first real exposure to sanctions and anti-money laundering (AML) was in 1999, when the Financial Action Task Force (FATF) did their AML review of countries around the world and, due to the country being implicated in the Russian IMF scandal, considered blacklisting Palau. As legal counsel to the Ministry of Finance, I was asked by the President of Palau to negotiate with the FATF and work out an arrangement where Palau could have a chance to put its laws in place and not suffer the adverse consequences. After 6 years in Palau, I decided to get my AML specialist certificate in 2004 and further my studies to become more AML focused. I then worked as Assistant Attorney General of the Northern Mariana Islands, took on a 6-month project in Indonesia helping to tackle AML and terrorist financing, and various other similar projects in Southeast Asia and Jerusalem.After my time abroad, I ended up working for the United States Agency for International Development (USAID) for 6 years before joining the Green Climate Fund in 2018.

Sanctions Alert: You said that you started out as an attorney. Did you see yourself entering into a government job after law school or did you just fall into it?

Mr. Barden: I always wanted to work in government but I was not sure I would end up in this particular facet of government work. If I do think back in retrospect, however, most of my experience has centered on financial systems, so it now seems that it was quite natural progression to where I am now.

Sanctions Alert: Do you think it’s necessary to have a legal background to enter into the government sector? Is it easier?

Mr. Barden: I don’ think it’s necessary, but it is certainly helpful. Mostly, understanding the laws and the logic behind rules and regulations is very important. A legal degree is not necessary as long as you have a good understanding of how the financial system works.

Sanctions Alert: For someone looking to break into a government role in sanctions or AML, what skills would you recommend they cultivate?

Mr. Barden: Good analytical skills are key as well as good people skills. There are a lot of analysts that just have computer skills, but if you really want to have an active role and an opportunity to grow in the sector, it is important to develop the ability to ask questions. Also, an open inquisitive mind is key because the financial sector, and particularly those that want to abuse the financial sector, are always creative and one step ahead of the regulators. I think, also, having a good understanding of history and culture, namely how it influences financial policy, is very important. The financial sector has always been a tool, if not a weapon, of how nations deal with each other – whether that be trade, travel, or foreign relations – and it is important to understand how this has worked throughout history and its influences on the actions we take today.

Sanctions Alert: It seems that you first started in AML before entering into the sanctions field. Do you think that is typical, or do you think it is possible for someone to go straight into sanctions?

Mr. Barden: For the majority of my peers, that has been the typical route, but I think that is changing now. Up until the last decade, sanctions were not a really a primary tool, but now they are becoming a method that countries turn to in the first instance. As such, I think it is now possible to go into sanctions type work with out following the AML route.

Sanctions Alert: You have mentioned that, once you got a flavor for AML / sanctions, you decided to undertake further education. Is that something you think is necessary or something that you would recommend?

Mr. Barden: I would highly recommend it, though I would not say that it is mandatory. It is certainly useful to build your skills if you are trying to break into the industry.

Sanctions Alert: What does a typical day in government look like for you?

Mr. Barden: (laughs) Well, this job is rather new as I have only completed my second week here, but typically if you are working in sanctions, you will be checking parties against sanctions lists – both manual and automated checks. One of the biggest day-to-day challenges is identifying the correct parties, as many names can be very similar, and being able to sense which transactions are suspicious or those that may be ‘dual-use’.In many ways, the day-to-day does not differ very much from a typical compliance suite.

Sanctions Alert: Where do you see the sanctions field heading in 2018 and beyond?

Mr. Barden: That’s a good question. If you look at the global Magnitsky Act, then that could signify an expansion in sanctions reach, especially using sanctions in a more strategic way. On the other hand, there is also a potential for backlash against sanctions. As much as we are becoming globalized, our world is also becoming more fractured.  The challenge will be alleviating the suffering of innocent people while keeping the intent and power of sanctions in place.

Sanctions Alert: Just to sum up, what last advice would you give to someone looking to pursue a career in sanctions?

Mr. Barden:I would say – keep an open mind. Be inquisitive, cutting edge and aware of new developments. It is not a field where you can study, pass an exam,and forget about. Consider doing an internship at a government agency. This is a great way to get involved. Most importantly, you must keep abreast of changes. For example, the use of block chain technology. On one hand, crypto currencies may be a way of avoiding sanctions, but on the other hand, block chain technology may assist in sanctions by providing a historical basis for transactions that you can track. Just make sure to keep on the front lines of how sanctions regimes evolve and change.

*The Green Climate Fund is one of the financing arms for the U.N. convention on climate change, and is based in South Korea. Mr. Barden has spent the vast majority of this career in the public sector, working as a consultant for international development projects, such as those funded by USAID, World Bank, the U.N., and Asian Development Bank, advising on anti-money laundering and financial reform. Mr. Barden holds a Juris Doctor from Indiana University, and a Bachelor’s degree in Political Science from University of Indianapolis, as well as post-graduate work in Disaster Management from the University of Wisconsin and in International Humanitarian Law from the National Academy of Legal Studies and Research in India.