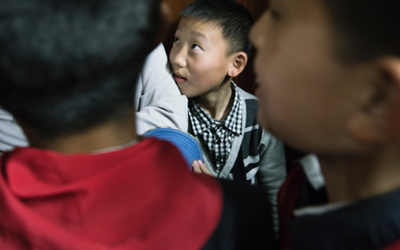 When it comes to the Democratic Republic of North Korea (DPRK), sanctions against the Asian country are causing challenges not only for sanctions professionals around the world, but also for the average citizen within its borders. Though DPRK is a socialist country where ideally the state provides food, housing, health coverage, education and jobs, because of the effect international sanctions have had on their economy, its citizens struggle to find work and earn enough to put food on the table

To assist with these economic fallouts, the U.S. has created humanitarian exemptions to DPRK sanctions.

What are the Sanctions on North Korea?

U.S. based sanctions started on December 16, 1950, when President Truman declared a national emergency with respect to North Korea. The next day, the Treasury Department implemented restrictive regulations under TWEA with respect to North Korea.  Most of the TWEA-based sanctions were lifted in 2000, however, other sanctions that were related to DPKR’s detonation of a nuclear device remained in place and the property and interests in property of North Korea or its nationals that were blocked in accordance to the Trading with the Enemy Act (TWEA).

In 2008, the Office of Foreign Assets Control (OFAC) strengthened its sanctions program against North Korea when the President George W. Bush issued Executive Order (E.O.) 13466 declaring a national emergency to deal with the existence of weapons-usable fissile material on the Korean Peninsula.  Pursuant to E.O. 13466, property and interests that had been blocked under the TWEA prior to June 26. 2008, continue to be blocked.

As history shows, this was only the beginning of a long battle.  Since then, U.S. Presidents have signed four additional E.O.’s, each expanding the scope of the previous one.

Fast forward to more recent actions, on September2017, President Trump issued a new Executive Order which imposed additional sanctions on North Korea. The reason for this new E.O was the recent actions of the North Korean government that threatened the security of the U.S. and its allies. President Trump has pledged to use maximum pressure in dealing with North Korea and his campaign has had great reach.  Recent updates on North Korea sanctions from the E.O. target the country’s shipping network and executes a 180-day ban on vessels and aircrafts visiting North Korea from the U.S.

Outside the U.S. sanctions program, there have been additional sanctions imposed through the U.N. Security Council, at the U.S.’ instigation, which banned North Korean exports of seafood, garments and coal, adding to previous prohibitions on commodities.  The reach has been such that Japan urged other member states to cut off humanitarian aid to North Korea.

The U.N. has also adopted several resolutions implementing economic and financial sanctions, as well as other prohibitions and restrictions with respect to the DPRK. Member States are bound by the provisions of these United Nations Security Council Resolutions (UNSCRs). Most recently, UNSCR 2397 (2017) called upon Member States to redouble efforts to implement measures in all DPRK-related UNSCRs.

What Impact Do North Korean Sanctions Have on Compliance?

Because of recent DPRK sanctions, financial institutions and trade and export companies must be cautious when conducting or facilitating any transactions on behalf of certain designated individuals and entities. Companies must decide whether they want to facilitate transactions for North Korea and its supporters, as the U.S.Secretary of Treasury can block any funds routing to accounts related to North Korea that come within the U.S. or are in the possession of a U.S. person.

For U.S. persons, the usual OFAC rules apply: Unless authorized or exempt, transactions by U.S. persons are prohibited.  These prohibitions include transfers, payments, exports, or otherwise dealing in property or interest of any individual or entity listed on OFAC’s Specially Designated Nationals(SDN) list.  In addition, the 50% rule is applicable when dealing with North Korea so that goods, services and technology cannot be exported or re-exported, directly or indirectly, to North Korea from the U.S. or by a U.S. person.

All these restrictions undoubtedly make dealing with North Korea extraordinarily difficult. And it does not end there…Any account or property subject to the prohibitions in § 510.201(d) of the North Korea Sanctions Regulations, and with respect to which payments, transfers, exportations, withdrawals, or other dealings may not be made or effected. In other words, funds that are or come to the possession of a U.S. person, originating, destined or passing through a bank account that has been owned or controlled by a North Korean person or where a North Korean person has an interest, cannot be dealt in.  This provision of the U.S. Federal Register creates a significant burden in dealing with North Korea.  One not many are willing to or could handle as only limited exceptions exist for those authorized by a license or other express authorization from OFAC.

Another exception that exists regarding DPRK sanctions are humanitarian efforts.

OFAC may authorize certain categories of transactions that would otherwise be prohibited with respect to North Korea by issuing a general license.

General licenses allow and authorize certain activities without having to obtain specific licenses.  At the moment, non-governmental organizations (NGO’s)are authorized to export or re-export services to North Korea that would otherwise be prohibited. An NGO may apply for OFAC’s general license 5 which makes provisions of humanitarian exemptions for activities that involve the support of humanitarian efforts to provide basic human needs, including food and drought relief, medicine distribution, provision of health services, assistance for individuals with disabilities and environmental programs. It should be noted, with respect to General License 5, OFAC removed authorization for educational activities.  Also, General License 9 provides authorization for emergency medical services.

It is important to know that U.S. depository institutions, U.S.- registered brokers or dealers in securities, and U.S.-registered money transmitters are authorized to process transfers of funds on behalf of U.S. or third-country NGOs, including transfers of funds to/from North Korea, in support of the activities authorized by the General License.

Outside the U.S., as an alternative earlier this year, the UNSC also granted four humanitarian exemptions for DPRK. The four new exemptions became operational on January 18, 2019 and remain valid for six months. These exemptions were granted to UNICEF, the Eugene Bell Foundation (EBF), the U.S. NGO “Christian Friends of Korea (CFK)” and the Canadian NGO “First Steps Health Society”.

What is the Impact of Humanitarian Exemptions?

Unfortunately, despite efforts to provide certain exemptions, many NGO’s working with or within North Korea are struggling to find ways to operate.

Some NGO’s report having great difficulty obtaining supplies, medical equipment and transferring money to fund their aid programs.  Moreover, many exemptions lack provisions for certain activities that can have dire consequences.  For instance, none of the exemptions granted by the UNSC included medical assistance or drugs for individuals with tuberculosis (TB).  North Korea has a large incidence of TB and these individuals require long un-interrupted treatment to avoid spreading the disease.

While there are licenses that allow for humanitarian assistance efforts to North Korea, many NGO’s believe the risks outweigh the benefits, causing some of these organizations to cease operations.  For others, the operational cost is too great, NGO’s simply cannot afford to provide the assistance they once provided.

To make matters worse, banks are now averse to any dealing with North Korean accounts, regardless of whom they are affiliated with, leaving the NGO with only one alternative – operating in cash.  This type of operation entails an additional burden for these organizations and raises concerns, not only with the safety of their members, but also that they may find their accounts frozen and themselves shut out from the international banking system. In 2016 Orabank was shut down due to U.S. sanctions on North Korea.  According to published news, the shut-down was the result of force majeure due to the sanctions imposed by OFAC on North Korea. Later in 2017, Bank of Dandong, located in the border of China and North Korea was also impacted by U.S. sanctions.  Like many others, BOD focused on serving local companies and residents, resulting in limited options for the area.

Ultimately, these governmental actions aimed to deal with nuclear weapons problems are only hampering the organizations that operate within the country helping the average citizen.  It is said that approximately 70% of North Korea’s citizens are classified as food insecure.  Both, UNICEF and the World Health Organization (WHO)have operations in North Korea, however, when considering the multi-lateral reach that U.S. sanctions have, it makes dealing in the area extremely difficult. For an NGO, having to deal with all the restrictions imposed by sanctions directly results in reduced ability to provide much needed assistance in improving the health and nutrition levels of DPRK citizens.

What Can Sanctions Professionals Do?

Firstly, education is key.  Compliance professionals should be extremely wary of any North Korean entity or person and any potential service that could be provided to a North Korean.

It is also critical everyone is screened to ensure that goods and services provided by your company do not have end-users in North Korea unless, the purpose of the service or transaction neatly falls under one of OFAC’s General Licenses.

On the other hand, compliance professionals should also consider the humanitarian aspect of the transaction and know that what we do as industry professionals can have a lasting impact on North Korea.  Knowledge of how to deal with the restrictions imposed on North Korea can potentially make a difference for the average citizen of the country.  Sharing your knowledge with your peers and managers, can help others make an informed decision when dealing with any transaction involving DPRK.

Lastly, as best practice, always research before you decline.  Review OFAC’s FAQ section to gain a better understanding of what is and what is not allowed. Ask questions, reach out to industry professionals and educate your clients.  While you may not feel comfortable with the transaction at hand, there may be other ways to help.  You may be able to refer the party involved to another source that could assist.

Always try to remember that risk appetite and aversion are different for everyone.

For more information with regard to North Korea, please click here.