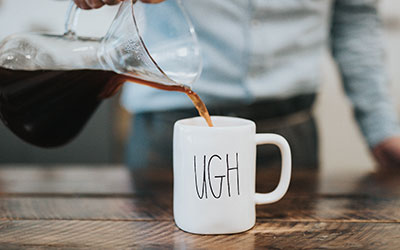 In order to optimize interest and improve liquidity for their clients, financial institutions frequently maintain so-called ‘pooling accounts’, in which funds from many different accounts are combined.

While pooling accounts offer banks many advantages, the fact that the account may include funds belonging to, or to be paid to, multiple entities can give rise to higher standards with regard to sanctions screening.

On October 5, 2018, OFAC published a penalty notice regarding violations of U.S. sanctions laws by JP Morgan Chase for apparent violations of Cuban, Iran and WMD ProliferatorsSanctions. OFAC identified 87 transactions, totaling $46,000, which appeared to have involved payments on behalf of airlines subject to U.S. sanctions.

OFAC found that JP Morgan Chase had actual knowledge of the members of the non-U.S. association, and therefore knew or should have known that some of them were subject to U.S. sanctions.

Despite having some knowledge as to the airlines in question, JP Morgan Chase did not perform any screening to prevent payments through the association to these entities. OFAC stated in particular that:

The bank {JP Morgan Chase} failed to screen participating member entities of the non-U.S. person entity that participated in the net settlement mechanism with JPMC’s clients for purposes of OFAC compliance, despite being in possession of the necessary information to enable screening.

There is no indication by OFAC that JP Morgan Chase ever engaged in transactions with individual members of the non-U.S. entity, nor that the financial institution had any details regarding the percentage of any given payment from the account that might go to a U.S. sanctioned entity. Nevertheless, OFAC determined that, because JP Morgan Chase knew that airlines subject to U.S. sanctions were members of the non-U.S. entity, the bank had an obligation to ensure that it did not handle any payments for the benefit of those members.

OFAC noted specifically that the 87 transactions in question did not include transactions that were exempt from sanctions, such as airfare for travel to countries subject to U.S. sanctions where travel is nonetheless allowed. OFAC did not announce any action against the U.S. airline association, which was the owner of the account.

Depending on the exact nature of the pooling account, a bank may or may not know the individuals or entities to which funds in the account are to be paid.

If a financial institution has actual knowledge of the identities, it should screen those persons or entities both against the various OFAC lists as well as determine whether or not they are located in a sanctioned country.

*Scott Nance is the Principal at Langley Compliance Consulting. He is an attorney based in Washington, DC, with over 30 years’ experience in all aspects of international trade law. His practice focuses primarily on advising companies on how to comply with U.S. sanctions, export control, and anti-money laundering laws. He has worked with banks and major exporters in both the U.S. and Europe, and served as Head of Global Sanctions Compliance for ING Bank.. He has provided training on compliance with U.S. sanctions around the world. He has also advised governments in Africa and Asia regarding international trade policy. Mr. Nance teaches International Trade Law and William & Mary Law School, and has lectured at the University of Virginia. He received his B.A. with High Honors from the University of Virginia, and his J.D. cum laude from the University of Michigan. He speaks English, German, Dutch, and Swedish.He can be reached at info@langleycompliance.com.