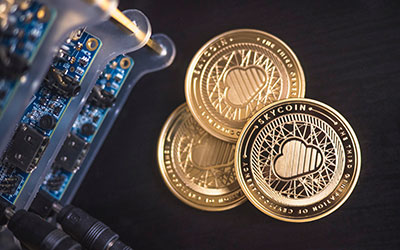 Last month, there were news reports that claimed that North Korea was developing its own cryptocurrency. Like many things related to the secretive nation, there are not many details available. However, if true, that would make the country the latest to dabble in the creation of a sovereign coin that could potentially be used to evade sanctions. Venezuela, Iran, and Russia have also explored this option to varying degrees. Although, as yet, not successfully.

Debra Geister, CEO of Section2 Financial Intelligence Solutions, says that if these countries succeed it would have the potential to sidestep sanctions. She explains that the reason these countries are exploring the development of their own cryptocurrencies is that they are in dire straits right now and need to find a way around sanctions. “Russia, North Korea, and certainly Venezuela are all jurisdictions that are very challenged by the US sanctions, so they’re going to look for creative ways around them because it’s a survival issue. Especially in the case of Venezuela– as their economy and therefore their currency has lost almost all value.”

At the beginning of 2018, Venezuela became the first country to create the first national cryptocurrency, the Petro. The token was pegged to the value of Venezuela’s oil and mineral reserves.  As such, the United States considered it an arm of the sanctioned Petroleos de Venezuela, the state-owned oil company, and thus an extension of the Venezuelan government. Acting swiftly, President Trump issued an executive order in March of 2018 prohibiting the financing for or any dealings with the Petro “in recent light actions taken by the Maduro regime to attempt to circumvent U.S. sanctions by issuing a digital currency.”

At the time of Petro’s initial coin offering (ICO), the tokens could only be purchased from the Venezuelan government with Bitcoin, NEM, Ethereum, and Russian Rubles. One year later, the US Office of Foreign Asset Control designated EvrofinanceMosnarbank, a Moscow-based bank, because “early investors in the Petro were invited to buy the cryptocurrency by wiring funds to a Venezuelan government account at Evrofinance.”

Despite the Maduro claim that the Petro ICO raised billions of dollars, no foreign exchanges outside of Venezuela list the cryptocurrency. Also, even after some interest from Russia and Turkey, no trading partners have been willing to accept the Petro for payment. Still, the Venezuelan government seems intent on pushing the Petro. For instance, just in the last two weeks, the administration announced several funds and a debit card that would be backed by the cryptocurrency.

Iran is also working on launching its cryptocurrency.  The PayMon will be backed by gold and will be issued jointly by four Iranian banks: Milli, Millet, Parsian, and Pasardjad. In June of this year, the Executive Director of the National Bank of Iran announced that the cryptocurrency would be launched “soon” and at first only be used in the buying and selling of real estate.

Back in October of 2017, Russian President Vladimir Putin ordered the creation of the Cryptoruble. However, even though the Russians have teased that they are creating a national cryptocurrency, nothing has been officially announced.  More recently, the head of the Central Bank of the Russian Federation, Elvira Nabiullina, publicly stated that the country was not ready to create a cryptocurrency.

After the announcement of Libra (the FaceBook cryptocurrency), many governments are going into overdrive to create a national digital currency even the United States. China also announced that they are rolling out a “digital renminbi.”So far, no sanctioned countries have launched a cryptocurrency that can avoid US sanctions, but it’s only a matter of time until they succeed.