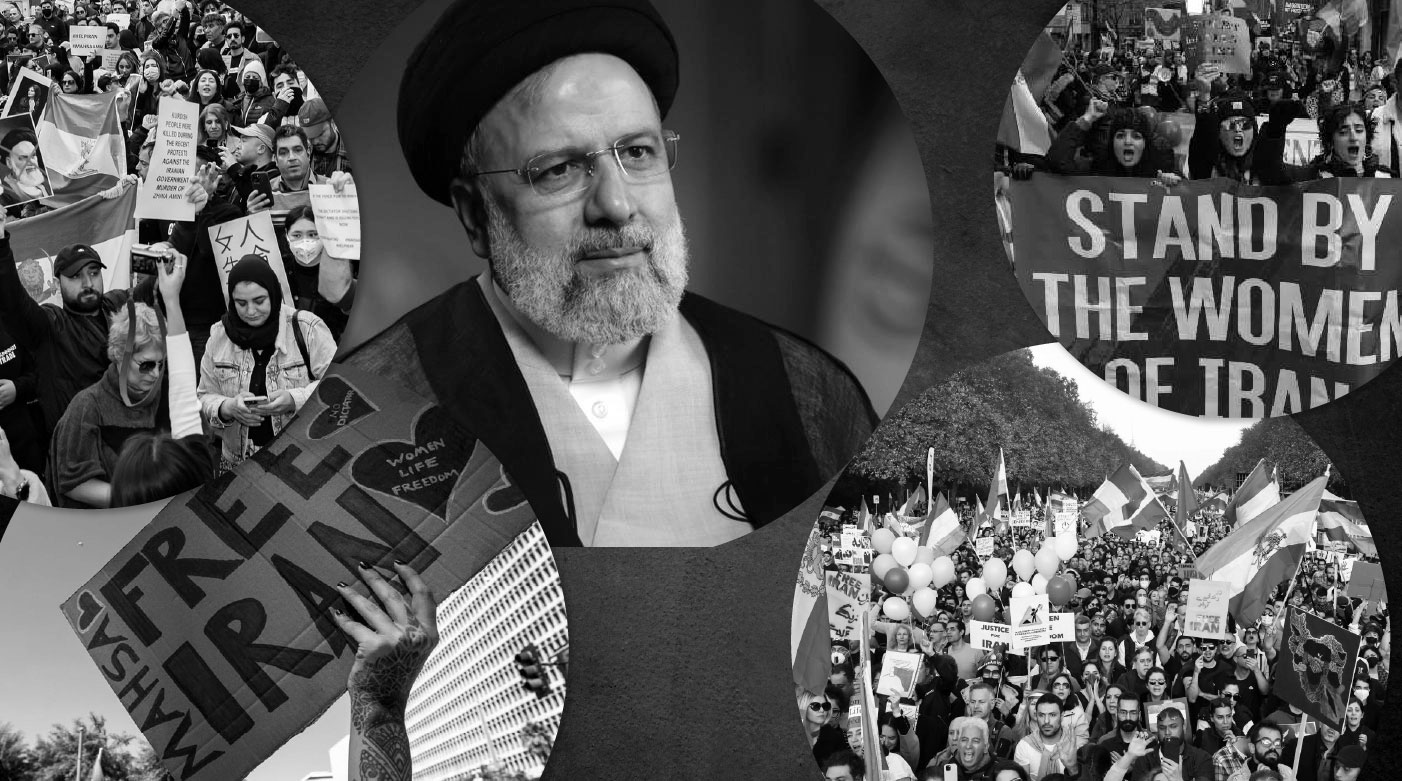 Protests against the government in Iran have escalated with international governments’ sanctions activities not far behind. The Iranian football team decided to maintain silence during their country’s national anthem before their World Cup match kicked off against England in Qatar on November 21 – yet another in a series of protests showing support for Iran’s victims of oppression. Their silent protest created a very vocal response and international awareness of Iranian unrest at all societal strata.

Tensions have been building since the death of a young woman, Mahsa Amini, after her arrest for flouting the strict Islamic dress code. Demonstrators have been demanding the fall of the ruling Shi’ite Muslim theocracy. According to one news agency, 410 protesters including 58 minors, and 54 members of the security forces, had been killed in the unrest as of November 19. Around 17,251 people had been arrested.

Sanctions imposed on Iran since Ruhollah Khomeini overthrew Shah Mohammad Reza Pahlavi in 1979 have led to comments from numerous statesmen, academics, philanthropists, and most recently renowned intellectual Noam Chomsky. First, he espoused his views on sanctions to nonprofit news organization Truthout, saying in an article, “US Sanctions of Iran Don’t Support the Protests, They Deepen Suffering,” that their effect of being “counterproductive” was not true, because their goal of effecting “noble and human” behavior is seldom their intention.

“The sanctions have severely harmed the Iranian economy, incidentally causing enormous suffering. But that has been the US goal for over 40 years. For Europe, it’s a different matter. European business sees Iran as an opportunity for investment, trade and resource extraction, all blocked by the US policy of crushing Iran.”

On whether Iranian dissent will grow, Mr Chomsky said: “A successful popular revolution would doubtless concern [Washington] and might ‘spread contagion,’ as Kissingerian rhetoric puts it. But that remains too remote a contingency for now to allow much useful speculation.”

That said, sanctions professionals will leave the political decisions to the politicians, spending their time implementing, following and enforcing policy. Nevertheless, it is always instructive to keep up with actions, debates, news and developments that serve as a thermometer of political temperatures and the likelihood of countermeasures.

In a press statement issued on November 23, Secretary of State Antony Blinken said the US is taking “additional action as Iranian security forces, including Islamic Revolutionary Guard Corps (IRGC) forces, reportedly are stepping up their violent crackdown on peaceful anti-government protests in Iran’s Kurdistan province and surrounding areas.”

The US Department of Treasury’s Office of Foreign Assets Control (OFAC) designated Mohammad Taghi Osanloo, the commander of the IRGC ground forces unit in West Azerbaijan province; Alireza Moradi, the commander of Iranian law enforcement forces in the city of Sanandaj who reportedly ordered the mass arrest of protesters; and Hasan Asgari, the administrator of Sanandaj and a former Islamic Revolutionary Guard Corps (IRGC) commander. The designations were made pursuant to Executive Order 13553, which authorizes sanctions on persons who have committed serious human rights abuses involving Iran.

In a press release dated November 23, OFAC said the IRGC and the Law Enforcement Forces (LEF) of Iran were both designated under EO 13553 in 2011 for being responsible for or complicit in serious human rights abuses in Iran since the June 2009 disputed presidential election. The IRGC and LEF have reportedly stifled free speech in Iran through excessive use of force, extrajudicial killings, torture, denial of medical care, and enforced disappearances of unarmed protesters, including children, OFAC said.

Mahsa Amini was reportedly killed by security forces in Sanandaj, Asgari and other officials stated she died of a drug overdose, potentially by suicide, according to reports. In a press release, OFAC pointed out that “providing false alternative causes of death for protesters killed by security forces is a common tactic utilized by Iranian officials to evade accountability for their human rights abuses.”

Brian Nelson, undersecretary of the Treasury for terrorism and financial intelligence, said: “The Iranian regime is reportedly targeting and gunning down its own children, who have taken to the street to demand a better future. The abuses being committed in Iran against protestors, including most recently in Mahabad, must stop.”

All US property and interests of these persons or in the possession or control of US persons must be blocked and reported to OFAC to avoid penalties. Any entities owned, directly or indirectly, 50 percent or more by one or more blocked persons are also blocked. Anyone engaging in certain transactions with the persons designated may themselves be exposed to sanctions or subject to an enforcement action.

Foreign financial institutions that knowingly facilitate a significant transaction or provide significant financial services for any of the persons designated can also be subject to US sanctions.

The EU added 29 individuals and three entities on November 14 to its Iran human rights sanctions regime, identifying and punishing “those responsible for the suppression of the Iranian protestors.”

Josep Borrell, High Representative for Foreign Affairs and Security Policy, said the EU stands “with the Iranian people and supports their right to protest peacefully and voice their demands and views freely.”

Designations include the four members of the squad that “arbitrarily arrested Mahsa Amini,” provincial heads of the LEF and the IRGC, and brigadier general Kiyumars Heidari, the commander of the Iranian army’s ground forces, for their role in the “brutal repression”.

The EU designated Iranian state television broadcaster Press TV for producing and broadcasting the forced confessions of detainees and Vahid Mohammad Naser Majid, the head of the Iranian cyber police, for his “responsibility in arbitrarily arresting people for expressing online criticism of the Iranian regime.”

Iran’s Minister of Interior, Ahmad Vahidi, who is in charge of the LEF, was also designated.

The measures imposed consist of a travel ban and an asset freeze. EU citizens and companies are forbidden from making funds available to the listed individuals and entities.

On November 14, the Foreign, Commonwealth and Development Office added 24 entries to its Iran (Human Rights) financial sanctions regime and are now subject to an asset freeze. The designated names follow a similar pattern to the US and EU regimes, naming law enforcement and military officers. The complete list can be viewed in the Office of Financial Sanctions Implementation’s Financial Sanctions Notice: Iran (Human Rights).