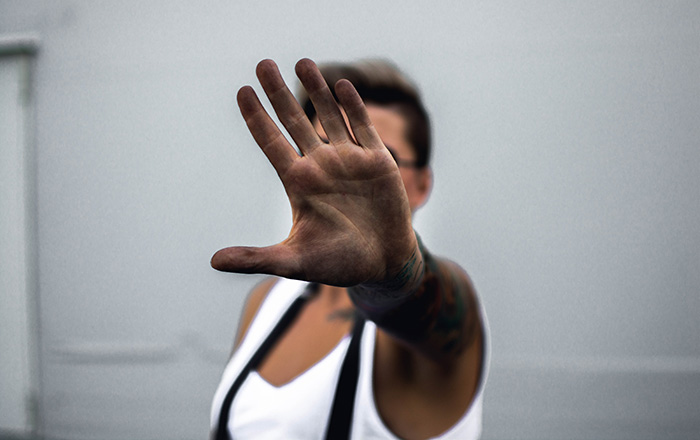 The Blocking Statute – Deciphering its Provisions, How to Handle the EU/US Conflict, and Actions to Date

A 2018 annex to the E.U. Blocking Statutehas created a formidable compliance dilemma for European companies that wish to cease business operations in Iran. Enacted to mitigate the effect of reinstated U.S. sanctions on Iran, the amended statute penalizes any E.U. companies that acquiesce to U.S. demands, placing companies in a seemingly untenable position. The challenge for compliance officers will be to navigate these contradictory demands in a world where two of the biggest players in the sanctions arena do not agree.

This was a key message from Alex Haines, Barrister at Outer Temple Chambers in London, during an ACSS webinar on March 19th, 2020.

In the course, Mr. Haines provided extensive insight into the E.U. Blocking Statute, its provisions, and implications for compliance officers and sanctions professionals.

First adopted in 1996 as a response to unilateral U.S. sanctions on Cuba, Libya, and Iran, the original Blocking Statute, Regulation 2271/96, aims to shield E.U. businesses from “the effects of the extraterritorial application of legislation adopted by a third country”, specifically “the effects of U.S. sanctions on E.U. economic operators engaging in lawful activity with third countries”.  Through a political lens, it is also an overt assertion of European sovereignty that pushes back against the far-reaching jurisdiction of U.S. financial regulators.

For most of its existence, the Blocking Statute has arguably functioned more as a political statement than an effective deterrent for European companies.  Part of the reason for this is that in the past, the U.S. government has demonstrated a willingness to extend exemptions to businesses at risk of penalties, and to work behind the scenes with E.U. regulators to prevent protracted and high-profile regulatory incidents.

However, following the U.S.’s withdrawal from the Joint Comprehensive Plan of Action (JCPOA) in 2018, the Blocking Statute has taken on a new role. The European Commission (EC) has now amended the original legislation through Commission Delegated Regulation 2018/1100, which, at least on paper, has strengthened the Blocking Statute’s purpose and bite.

The updated annex to the Blocking Statute specifically covers all of the sanctions that the U.S. re-imposed on Iran, signaling the E.U.’s dedication to the full and effective implementation of the JCPOA.

The Four Mechanisms of the Blocking Statute

The impact of the Blocking Statute can be viewed through its four mechanisms:

The Blocking Statute nullifies the effect in the E.U. of decisions made by any foreign court or administrative body that gives effect to re-instated U.S. sanctions on Iran (post-U.S. withdrawal from JCPOA). Nullification extends to any administrative, judicial, arbitral, or civil courts decision, and essentially means none of these rulings are recognized within the jurisdiction of E.U. Member States.

European companies and individuals affected by new U.S. sanctions on Iran may be eligible to recover damages in E.U. courts.  Under this ‘clawback’ provision, E.U. firms would be permitted to seek the seizure and sale of European-based assets owned by American entities or regulators that had originally taken legal action against thatE.U. firm in the U.S.The provision would also allow claimants to seek damages from E.U. entities found to be in violation of the Blocking Statute.

The clearest example of this provision in practice is the current Metro Bank case, detailed below, where Iranian and Iranian-British claimants are seeking remedy for the closure of their bank accounts. It remains to be seen, however, whether this clause is a viable and sufficient financial redress for E.U. companies that are at risk of major OFAC penalties.

Finally, companies must thoroughly document business dealings with Iran and notify the Commission of any financial consequences of a measure blocked in the Annex, typically relating to new unilateral OFAC sanctions on Iran.  This requirement is intended to support more rigorous enforcement practices.

Violators of the Blocking Statute can be sanctioned by any E.U. Member State. In order to impose a penalty, the EC needs to establish that the cessation of commerce with Iranian individuals or companies is due to OFAC sanctions, as opposed to a ‘legitimate’ business decision. Below we give an example that shows the difference between the two.

If a European company would like to terminate business dealings with Iran, it may apply to the Commission for authorization using a specific template, which can be found here.

The amended Blocking Statute has become a serious source of concern for European compliance officers for a number of reasons. Companies under E.U. jurisdiction that conduct business with Iran face some hard decisions – by complying with the Blocking Statute, they may run the risk of U.S. secondary sanctions.

U.S. secondary sanctions are largely implemented and enforced by the U.S. Treasury’s Office of Foreign Assets Control (OFAC). They are generally considered to be the threat of U.S. sanctions against foreign individuals and entities for engaging in specified activities that may not necessarily have a U.S. nexus. U.S. secondary sanctions effectively extend the U.S.’s jurisdiction far beyond its borders and pressure U.S. allies and adversaries to bend to U.S. policies to varying degrees.

It is important to note that even firms which do not have operations in the U.S. must pay heed to U.S. secondary sanctions, as companies engaging in business with Iran will probably have to use the U.S. dollar.  And while the statute’s Clawback Provision might shield a company from fines incurred by non-compliance with U.S. sanctions, it cannot safeguard businesses from other consequences of secondary sanctions, which may include asset forfeitures, potential criminal charges, prohibition on credit payments, and exclusion of corporate officers or controlling shareholders from entering the U.S.

The 2018 annex leaves significant leeway in one respect: European businesses may still be authorized to cease business operations with Iran in the event that non-compliance seriously damages their interests or the interests of the E.U.

Criteria that the Commission considers include:

The Blocking Statute does not compel E.U. businesses to initiate or expand commercial dealings with Iran.  But in addition, as Mr. Haines clearly indicated, companies may be able to cease business with Iran through authorization by the EC in circumstances where OFAC penalties represent a substantial and immediate hazard. An example of the latter situation would be a European company with an American affiliate that has received an explicit warning from OFAC regulators about conducting business in Iran.  Threatened with stern penalties, including secondary sanctions measures, this company could likely make a strong case to the EC that non-compliance with U.S. sanctions represents a severe and credible risk to both their interests and the commercial interests of the E.U.

The difference between a ‘legitimate business decision’ and inadmissible compliance with OFAC requirements is nevertheless a fine line, especially for companies conducting business in the U.S. or involving U.S. dollar transactions. With limited jurisprudence at the E.U. level and an EC decision-making process that assesses each application on its own merit, there is little guidance to help compliance officers navigate the competing demands of American and European regulators.

The webinar sought to clarify this ambiguity in an interactive scenario, which asked participants to evaluate the admissibility of a hypothetical company’s decision to close Iranian accounts as a precautionary compliance measure.  In the given situation, Mr. Haines explained, the company’s decision would not be allowed under the new statute provisions unless it could demonstrate proof of loss or proof of likelihood of loss and document and justify it.  Businesses under E.U. jurisdiction cannot assume their interests are at risk simply because of the outstanding and indirect risk of OFAC secondary sanctions.

The Blocking Statute presents a number of unique challenges for European compliance officers.  There is limited legal precedent for E.U. courts to adjudicate on damage claims and EC enforcement measures are also unclear.

To date, there have only been a handful of cases that rely on the blocking Statute, yet these cases may nonetheless provide some clarity on its expectations and compliance thresholds.

In 2007, Austria brought charges for breach of the E.U. Blocking Statute against the country’s fifth-largest bank, BAWAG, after it attempted to close the accounts of 100 Cuban nationals. As reported by Reuters, Austria’s foreign minister Ursula Plassnik justified the proceedings stating “U.S. law is not applicable in Austria. We are not the 51st [state] of the United States… Neither the E.U. nor the U.N. have implemented a general economic or contact embargo against Iran or Cuba.”

This matter was ultimately resolved, however, when U.S. authorities intervened to grant BAWAG an exemption to the Cuba sanctions regime.

This case was brought before the High Court of England and Wales by a claimant seeking compensation from an insurer for a marine cargo policy covering a theft of steel billets from an Iranian port in 2012.  The defendant underwriters sought to rely on an insurance sanctions exclusion clause included within the policy in resisting payment of claim.

The court rejected the notion that exposure to a risk of sanctions was sufficient to rely on the sanctions exclusion in question; in such a case, the insurer is not “complying” with a third country’s prohibition but is simply relying upon the terms of the policy to resist payment. Mr. Haines also opined that the insurer’s claims in Mamancochet v. Aegis would likely be rejected by the EC as well.

After breaching OFAC sanctions on Iran and Cuba between 2017 and 2019, and subsequently taking a 27 million-pound hit to cover the costs of the regulatory investigation and shore up its compliance controls, British lender Metro Bank became embroiled in another lawsuit in January 2020.  The claimants, a group of Iranian and Iranian-British customers, allege their accounts were frozen without warning or explanation in violation of the amended Blocking Statute.

Although any trial would most likely not take place until 2021, this is the most important case to date in the U.K. relating to the E.U. Blocking Statute.  Its resolution will carry major implications for European businesses with operations in Iran and that are unsure of how to balance competing sanctions protocols.  Any penalty – if there is one at all – will also provide a crucial idea of the lengths to which European courts will go to enforce the Blocking Statute’s measures.

The Metro Bank case could also represent the worst-case scenario for European firms, in which a company manages to run afoul of both the U.S. and the E.U. by overcompensating for an initial compliance breach of one set of sanctions requirements.