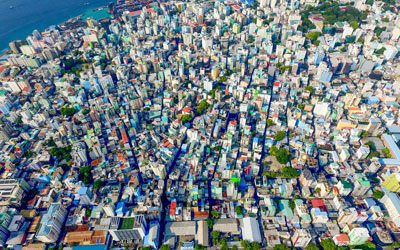 The Good, the Bad, and the Ugly: The Unintended Consequences of Sanctions from a Population Perspective

The U.S. currently maintains economic sanctions against many countries. Frequently criticized and often viewed as a paradox of U.S. foreign policy, economic sanctions are nevertheless quickly becoming the tool of choice for many countries.  Sanctions are so popular in fact that many states and municipalities within the U.S. have also begun to implement their own sanctions regimes. In 2000, the U.S. Supreme Court unanimously held in Crosby v. National Foreign Trade Council that a Massachusetts law restricting state transactions with firms doing business in Burma was preempted by federal statute.

Outside of the U.S., it is the policy of the European Union (E.U.) to intervene when necessary, to prevent conflict or to respond to emerging crises by taking the form of restrictive measures or sanctions. Similarly, to the U.S., European sanctions may target governments of third countries, or non-state entities and individuals, such as terrorist groups and terrorists.

Whether a U.S. or E.U., the goal of sanctions is to impose a barrier in hopes of modifying unwanted behavior of a sanctioned party or country. Sanctions are meant to promote international peace and security but may also be applied to prevent conflict and to protect human rights. While the efficacy of sanctions is considered debatable by some, one thing is certain: sanctions have unintended consequences.

Sanctions…. A Breeding Ground for Hate?

Former U.S.President, the late Herbert Hoover, once said of sanctions that “they reared incurable hatred”.

Though history has shown that in many countries, sanctions have led to increased sympathy for the incumbent government causing a “rally” effect in its population, this is not by any means always the case. It is true that certain beliefs fed by domestic propaganda can create an environment where it is easier to cultivate feelings of hatred, however, there are circumstances when a country has inadvertently benefitted from sanctions.

For instance, in Russia, direct involvement becomes difficult to handle and many of the smaller international entities are put in positions where they cannot continue to exist in the market, so they leave.  This shift allows for big multinational companies to take their place.  In some cases, the severity of the sanctions imposed has caused many expat employees to go back to their countries. This, in turn, also creates additional employment opportunities as several countries of the former Soviet Union that are heavily dependent on Russia for employment of their citizens.

In the Russian consumer sector, while travel may be limited, those who are able travel to the region can find first class accommodations at a low price due to low occupancy rates. Imported western goods are either eliminated or unaffordable as President Putin imposes restrictions on imports of all western foods and other goods.  While the restriction limits or eliminates the flow of supply, this radical change gives an enormous boost to the local farming industry. Russia’s agriculture and farming industries are growing rapidly. As an unintended consequence, Russia is transforming under pressure and finding ways to optimize its own economy in the face of new conditions.

Unfortunately, not every country is able to take the same stance.

In Venezuela, the sanctions’ regime has created a food deficit which in turn reduces the public’s caloric intake and increases disease as well as mortality rates.  For countries like Venezuela, sanctions appear to be more of a collective punishment than an attempt to modify behaviors.

In January of 2019, Venezuela was cut off from its primary source of oil consumption – the U.S.  In March, Venezuela experienced the first week having zero oil exports, which lasted for another 2 weeks before bouncing back to 1/3rd of their previous year production during this time.  Further, sanctions imposed on Venezuela also froze assets and limited access to financial markets consequently exacerbating the humanitarian crisis by limiting access to food and essential imports such as medicine. The economic collapse has also caused problems in the areas of water and sanitation, available electricity, and health care.

Regrettably, Venezuela’s President, Nicolas Maduro, has not changed his position and has created an opposition that has clearly demonstrated that sanctions will have a more severe effect on the population by disproportionately harming the poorest and most vulnerable Venezuelans than its government.

The U.S. originally imposed an arms embargo on Cuba in 1958 during the armed conflict between Fidel Castro’s rebel army and President Batista’s regime.  After Castro gained control of the Cuban government, he began to openly purchase arms from the Soviet Union which led to additional restrictions and reactive shows of force by Castro.  Consequently, the U.S. trade embargo of Cuba was initiated in response to a 1960 memo issued by the State Department which proposed a line of action denying money and supplies to Cuba with the purpose of creating hunger, desperation, and the overthrow of the Castro government.

While the U.S. embargo of Cuba certainly caused hunger in the Cuban people, the embargo itself has not affected the Castro government. The U.S. embargo on Cuba consequences are the monetary long-term and short-term outcomes in relation to trade, industry, and the creation of wealth. To date, the government controls all aspects of the economy including the provision of food by rations while the average citizen receives $20 per month. Cuban citizens have found their ways to survive and supplement their income by opening rooms in their homes to host tourist, selling souvenirs and local cuisine to visitors. To the average citizen, this is the way of life and for many generations only life they know.  Many humanitarian organizations have criticized the Cuban embargo for its effect on food, clean water, medicine, and other basic needs of the Cuban citizens. Sixty years later, some may even agree that the embargo helps Castro’s government remain in control more than it hurts and consider ita failure.

As sanctions continue to evolve, we see constant change in restrictions and application of regulation to our business practices.  Compliance suites have first and foremost, professional responsibility.  We are best equipped to conduct business if we educate ourselves and understand the complexity of sanctions. There are many restrictions but there are also areas that allow for certain transactions to be completed.  Below are some best practices that can be incorporated and adapted based on business needs:

There is a delicate balance between compliance and service and with the right understanding we can feel confident when allow business processes to flow while managing risk appropriately.

Glenda Juliano is the senior AML & Trade Control Analyst at Franklin Templeton Investments in St. Petersburg, Florida. She is member of the ACSS Editorial Task Force.