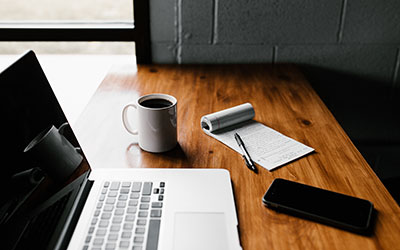 On December 20, 2018, the Office of Foreign Assets Control (OFAC) published a penalty notice and settlement agreement with Zoltek Companies, Inc., a U.S. producer of carbon fiber. OFAC found that Zoltek had violated U.S. sanctions laws due to its Hungarian subsidiary, Zoltek ZRT, having purchased inputs from a Specially Designated National (SDN) in Belarus. Zoltek agreed to pay a substantial fine of $7,772,102 and to implement various measures to ensure it would not commit future violations.

At first blush, this result may have been rather surprising. The Belarus sanctions regulations prohibit “U.S. persons” from engaging in transactions with Belarusan SDNs, which includes all U.S. citizens and permanent residents regardless of where they are located, as well as all U.S. incorporated entities and their foreign branches. Zoltek’s Hungarian subsidiary was not, however, a U.S.incorporated entity and the Belarus sanctions do not by their terms apply to foreign subsidiaries of U.S. companies. Zoltek’s experience with OFAC demonstrates why U.S. companies with foreign subsidiaries must pay close attention to U.S. sanctions and to the activities of those subsidiaries.

1.  Ignorance is No Excuse

As a manufacturer of carbon fiber, one of Zoltek ZRT’s major inputs is acrylonitrile. At the time in question, Zoltek ZRT purchased this from, among others, a Belarusan company namedPolymir. On December 1, 2008, Polymir was acquired by Naftan, another Belarusan company, andNaftanwasowned by Belneftikhim – a company designated as an SDN by OFAC. Therefore, as of December 2008, Polymir became an SDN by association.

In 2011, OFAC also designated Naftan as an SDN. Seeing the OFAC press release relating to Natftan, an employee of Zoltek ZRT raised the issue with management of whether Zoltek ZRT’s continued purchases from Polymir/Naftan represented a problem.

Erring on the side of caution, Zoltek ZRT decided to create an internal process where purchases of acrylonitrile required the approval of the Chief Executive Officer of Zoltek U.S. In addition, Zolteksought advice from a Hungarian law firm as to whether U.S. sanctions applied to Zoltek ZRT. The Hungarian law firm advised that they did not. With this opinion in hand, Zoltek’s U.S. management approved the continued purchase of acrylonitrile from Naftan, although it switched from direct purchases to using third-party trading companies.

This meant that, from 2011, when Zoltek ZRT purchased acrylonitrile from Naftan, a U.S. person was approving the purchase of goods and the payment of money to a known SDN. The ultimate parent, a Japanese entity, received information questioning these purchases, and made queries of their own. Zoltek U.S. cited the Hungarian law firm’s opinion, and also complicated matters by stating that it had consulted with the U.S. authorities when, in fact, it had not done so.

To the extent that it approves purchases (and, presumably, sales) between foreign subsidiaries and SDNs, a U.S. parent would be violating U.S. law.

In this case, officials with Zoltek U.S.explicitly approved purchases from Naftan even after they had learned about its SDN designation. If, however, the U.S. parent did not specifically approve the transaction, it is still probable that the U.S. parent would be held responsible for any transactions by a foreign subsidiary that involve SDNs.

Ignorance is not likely to be a defense.

The Zoltek experience also highlights the need for U.S. companies with foreign subsidiaries to understand sanctions laws at a fairly detailed level.

In this case, Polymir was never designated itself, but rather acquired SDN status when it was acquired by Naftan. This may seem a fine point of law, but the fact is that Zoltek U.S. arguably violated U.S. law the first time it authorized purchases from Polymir after the company’s purchase by Naftan.

In order to keep fully up-to-date with current SDN designations and potential sanctions violations, it would be prudent for a company to employ a sanctions officer who has had thorough training in sanctions laws and regulations. A company should also ensure that, if they have any sanctions-related questions, they should consult the sanctions officer immediately.

This case also demonstrates why U.S. companies should always obtain ownership information regarding their suppliers and customers.

The settlement notice does not indicate when Zoltek learned that Naftan had acquiredPolymir, but, legally speaking, Polymir became an SDN on the day it was purchased. If Zoltek had kept track of its supplier’s ownership information, it would have known exactly when Polymir had been acquired and thus given itself an earlier opportunity to stop dealings with an SDN.

One possible approach is to create a company policy that requires suppliers (and customers) to notify the company of shifts in ownership that result in a change in majority ownership.

The Zoltek case also clearly demonstrates why U.S. companies should screen supplier information and transactions against sanctions lists; at the very least against U.S. sanctions lists.

In its settlement agreement, Zoltek agreed to screen the names of its suppliers and their owners on a daily basis. Though companies could follow this lead, screening on a less-frequent basis, when there is an actual transaction, would also be an appropriate policy. This is when funds and products actually change hands, and therefore, theoretically when the threat of a violation would occur. If, however, U.S. persons have an obligation to freeze any property belonging to SDNs that come under their control, daily screening is certainly the safest option.

Whatever the frequency, U.S. companies should ensure that their foreign subsidiaries regularly screen customer and supplier names against U.S. sanctions lists.

5. Relying on Foreign Counsel is Risky

It is risky to rely upon opinions by foreign counsel regarding U.S. sanctions laws.

Though Zoltek sought legal advice from a Hungarian law firm, this did not help them to properly avoid U.S. sanctions violations. Hungarian counsel may have been technically correct in that U.S. sanctions laws do not apply to Hungary or directly to Hungarian companies, however, it apparently did not consider that U.S. law does apply to the U.S. parent, and that, under these circumstances, the U.S. parent would be held legally responsible for the actions of its subsidiary.

When confronted with issues of U.S. sanctions laws, it is highly advisable to seek advice from a law firm with detailed experience in interpreting and applying U.S. sanctions laws. It may also be worthwhile to consult a local law firm, especially in the European Union, where the E.U. blocking statute could potentially apply. In general, however, it is U.S.lawyers who will have the most thorough understanding of U.S. sanctions and how they are applied.

6. Cooperation with OFAC May Mitigate Penalties

Finally, it is always advisable to contact OFAC at the earliest date of known violation or potential violation. This can not only serve to mitigate a penalty, but will also allow the company more time to act and correct a violation.

Zoltek U.S. stated that it had consulted with OFAC. It obviously should have done so. At that point, Zoltek may have already violated the sanctions laws, but consultation with OFAC might have allowed it to act at an earlier date, and could possibly have resulted in a lower penalty.

In addition, Zoltek may have been able to apply for a specific license authorizing it to engage in these transactions without incurring the risk of a violation.

Scott Nance is an attorney based in Washington, DC, with over 30 years’ experience in all aspects of international trade law. He can be reached at snance@langleycompliance.com

George Voloshin heads the Paris office of Aperio Intelligence, a London-headquartered corporate intelligence and anti-financial crime advisory firm. He can be reached at george.voloshin@aperio-intelligence.com