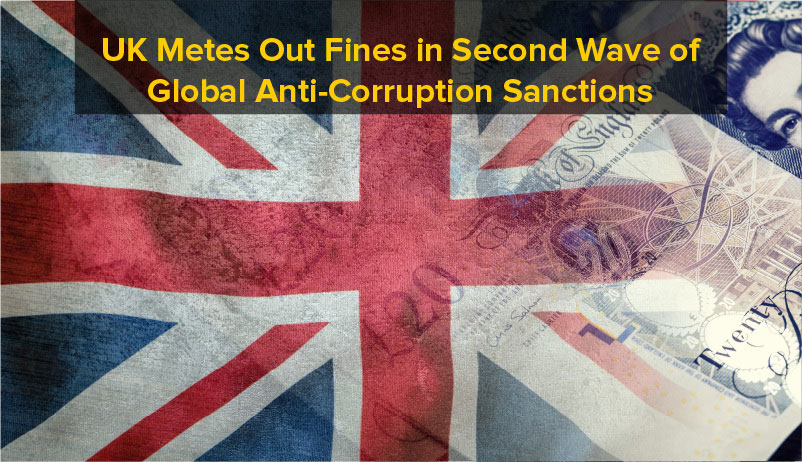 Five individuals have been sanctioned pursuant to the UK’s new Global Anti-Corruption Sanctions Regulations 2021. The targets of this latest wave of sanctions are involved in “serious corruption” in Equatorial Guinea, Zimbabwe, Venezuela, and Iraq.

To discuss the latest developments, ACSS takes a closer look at the sanctions regime, the latest designations, and their implications.

The Global Anti-Corruption Sanctions Regulations 2021 came into force in April 2021. It is the UK’s second autonomous regime since Brexit. It is a Magnitsky-style regime allowing the UK to designate individuals and entities rather than entire countries. The UK Foreign, Commonwealth & Development Office issued a policy paper outlining criteria taken into consideration when designating targets.

The UK has published statutory guidance, detailing how its operators can comply with the regulations. Since its inception, 27 designations have been made, including the five individuals targeted last month.

Targets of the Regime

The named individuals in the second wave of sanctions are.

Teodoro Obiang Mangue
Obiang is the Vice President of Equatorial Guinea and is the son of the President. He has been designated for his involvement in the misappropriation of state funds into personal bank accounts and corrupt contracting arrangements and soliciting bribes. He allegedly did so to fund a lavish lifestyle inconsistent with his official salary as a government minister. Among his reported latest acquisitions are a $100 million mansion in Paris and a $38 million private jet.

This isn’t the first time that Obiang has made international headlines. In 2010, the US Senate Permanent Subcommittee on Investigations published a 228-page report, Keeping Foreign Corruption Out of the United States. The report includes four case studies – one of which features Obiang and how he managed to circumvent anti-money laundering controls.

Despite being urged by Human Rights Watch (HRW) – a non-profit organization that investigates and reports human rights abuses around the world – the US has not sanctioned Obiang. Nor have Canada and the EU.

Kudakwashe Regimond Tagwirei
Tagwirei and his company, Sakunda Holdings, have been designated for having misappropriated property after his company redeemed Zimbabwe treasury bills at up to 10 times their official value. His actions accelerated the devaluation of Zimbabwe’s currency, adding to the hyperinflation that Zimbabwean citizens are facing. The US Department of the Treasury’s Office of Foreign Assets Control (OFAC) sanctioned Tagwirei and Sakunda Holdings in 2020 pursuant to E.O. 13649.

Alex Nain Saab Morán and Alvaro Enrique Pulido Vargas
Both Saab and Vargas have been designated for exploiting two of Venezuela’s public programs. They benefited from contracts that were awarded unduly without following procedure, resulting in the delivery of goods at highly inflated prices.

Saab’s misconduct has been documented by the ACSS before. Both Saab and Vargas were sanctioned by OFAC in 2019. Pursuant to E.O 13692 and E.O. 13850. OFAC has published an advisory detailing widespread public corruption schemes plaguing Venezuela.

Nawfal Hammadi Al-Sultan
Al-Sultan is the former Governor of Nineveh province in Iraq. He has leveraged his position to misappropriate public funds, other state property and award contracts unduly without following procedure. He is serving a five-year sentence in Iraq for corruption offenses.

Prohibitions against these individuals, as well as any entities that they own or control, include travel bans and the freezing of assets. The objective is to prevent their assets from being channelled through UK financial institutions and passage through the country.

While these designations are closely aligned with OFAC’s sanctions lists, they are not included on EU, Canadian, and UN lists.

Zia Ullah, Partner at Eversheds Sutherland, says that this misalignment between international partners will have its disadvantages. “The obvious impact is that they may be less effective than if conjoined, targeted designations took place across multiple jurisdictions, making it harder for individuals to hedge their bets in the context of safeguarding assets.”

Regardless, Ullah suggests that the efficacy of these designations should not be understated. “The reality is that once one major regulatory agency sanctions an individual or entity, their ability to maintain their financial access becomes ever increasingly challenging.”

There are some key takeaways for compliance officers to consider, says Ullah. “They should be continuing to align other financial crime risks with such designations, such as ABC and risk assessing their interactions with these individuals, close associates or entities given that international regulators may well ask institutions for any information they hold on them in due course.”

Global anti-corruption has been a focus of the UK government long before the announcement of the sanctions regime.

In 2010, the UK introduced the Bribery Act – the landmark piece of legislation that formally criminalized bribery and the failure to prevent it. In 2016, the UK published a registry of beneficial ownership to discern ownership beyond shell companies and better identify corruption.

This was followed by a five-year anti-corruption strategy published in 2017. As a result of these initiatives, the UK is now 11th on the Transparency International’s Corruption Perceptions Index. By comparison, it ranked 20th in 2010. The higher the ranking, the lower the corruption perceived. The ranking is based on 13 data sources from 12 independent institutes that are consulted to create the index.

The UK’s commitment toward anti-corruption has not diminished, which Foreign Secretary Dominic Raab re-affirmed when announcing the second wave of sanctions. “The UK is committed to fighting the blight of corruption and holding those responsible for its corrosive effect.”

According to UK Government figures, 2% of global GDP is lost to corruption each year. This latest wave of sanctions published in quick succession to the preceding list of targets marks a serious effort by the UK to make further reductions. Ullah suggests that the Government will be implementing a holistic approach that will target a variety of sanctioned activities. “There is continued focus on descriptive and activity-based sanctions, such as anti-corruption and human rights, which have been the espoused strategic focus of the FCDO.”

With its sister regime, the UK Global Human Rights Sanctions Regulations 2020, it’s likely that the list of targets will continue to grow — especially in light of recent events. As Ullah elaborates: “We are likely to see many more such designations in the coming months, especially given the situation in Afghanistan.”