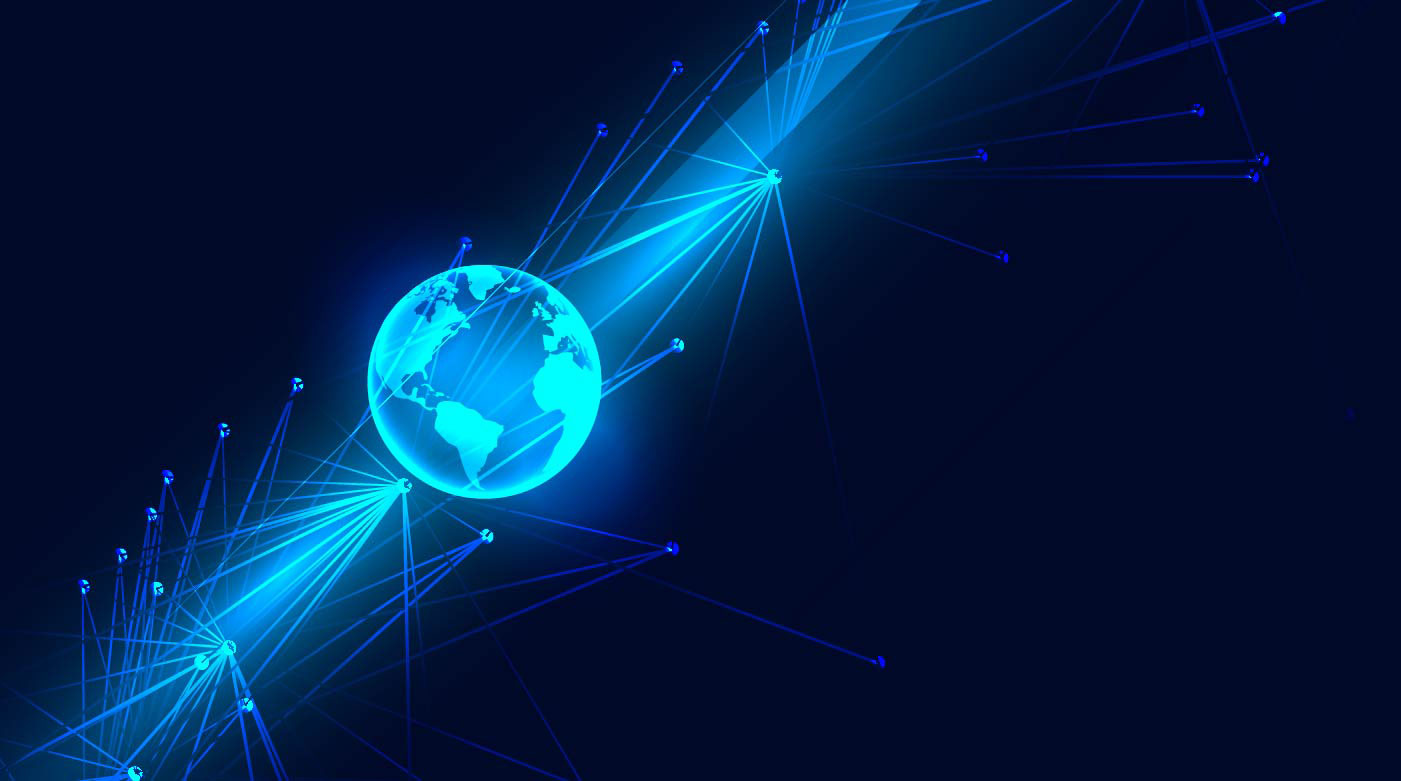 You just have to look at countries’ designation criteria to see how sanctions programs differ. Even if two regimes target similar activities, discrepancies may exist.

A regime usually includes formal statements explicitly describing whom and what sanctions apply to and the activity targeted. Sanctions can include people, bodies or entities such as ships, national companies and those with foreign subsidiaries and branches.

But one regime can be more far-reaching. For example, only branches of companies – not subsidiaries – operating under the jurisdiction of an EU member state in a third country can be subject to EU sanctions. By contrast, US companies with foreign subsidiaries, in addition to branches, are subject to certain US regimes, such as those devised for Iran and Cuba.

Listing is applied similarly. A person, entity or body can be targeted and subsequently listed pursuant to a regime. Sanctions regimes can list entities and bodies that a target might control, own or influence.

Definitions will often clarify what constitutes control and ownership. The number of voting shares that a person might have, directly or indirectly, serves as a straightforward example.

Entities and bodies, such as central banks, can themselves be targeted and designated. If a target owns or controls an entity directly or indirectly it can be subjected to sanctions. This can be the case even if it wasn’t listed at the time of a transaction, which has occurred in various US, UK and EU sanctions. OFAC’s country programs, such as Crimea, Cuba, and Venezuela, might block persons without a formal designation. There can be implications for entities in which that person might have an equity investment.

While most sanctions-issuing jurisdictions will draft their own designation criteria, two sources of influence are the United Nations (UN) and the Office of Foreign Asset Control (OFAC). Both of these sanctions-issuing parties exert influence on other sanctions authorities

One of the most dominant and influential sanctions-issuing bodies is OFAC. When OFAC makes a designation against a foreign company, the financial consequences can be harmful, because it excludes that company from trading in the US, which has the world’s largest GDP, and pushes the company out of the US-dollar-denominated financial system.

There are 35 active US sanctions regimes, ranging from country-level and comprehensive sanctions to policy and sectoral-based sanctions. While designation criteria vary between OFAC regimes, a few items tend to be consistent. These are the often-ambiguous reference to safeguarding US national security, as well as ownership and control.

Compliance professionals should be familiar with the Specially Designated Nationals (SDN) list, which comprises individuals and entities controlled by or acting on behalf of US target countries, and the consolidated list – this includes other designations.

US secondary sanctions are perhaps the most contentious. OFAC can impose penalties on persons and entities not subject to US jurisdiction for transactions with US targets. Penalties can arise even when a transaction does not involve US currency, goods or other assets

The UN was best known for its comprehensive sanctions – sanctions that effectively ban commercial trade of a targeted country. More recently, UN sanctions have targeted persons, entities and industries.

The goal of UN sanctions has consistently been to preserve international peace by restricting harmful behavior while maintaining the safety of innocent civilians. UN sanctions will aim to limit resources to regimes causing harm in an attempt to change their conduct.

Designation criteria are not standardized. A Security Council sanctions committee will be created for each regime and will oversee designations. Relevant panels of experts will often be consulted. Under the UN Charter, all 193 UN member states are obliged to implement Security Council Resolutions on sanctions.

EU law stipulates that all UN lists are directly applicable to EU member states without the need for new legislation to be ratified. While the EU can make additions to UN sanctions, the original regime will always be implemented at a minimum.

Explaining EU procedure, Sandra De Waele, head of the sanctions division at the European External Action Service, and Alina Nedea, head of the sanctions unit at the European Commission, said in a combined statement that new sanctions regimes are adopted by unanimity which requires “consensus building on the scope” including the listing criteria. “Member states select listing criteria in line with the objectives and the specificities of the geographical context when dedicated to a specific geographical area.”

Designation criteria are not standardized between regimes of the same jurisdiction, nor are they between international partners. De Waele and Nedea say: “Although there can be some common features from one regime to another, there is no standard language. Each sanctions regime pursues specific goals translated into specific criteria for designation.”

With every regime having original designation criteria, compliance measures must take these into account. Comprehensively assessing regimes individually, including their goals and criteria for designation, is a lengthier but safer practice. Other contextual details should be considered as well when beginning this assessment.

Nedea and De Waele elaborate on this point further, citing the EU and US as an example. “The EU and third countries imposing autonomous sanctions may have shared policy goals, but this may not be systematically the case. Given the link between objectives and the scope of the regime, differences can exist. For example, EU sanctions on Russia are focused on its role in undermining Ukraine territorial integrity while other sanctions imposed by third countries such as the US are broader in scope to address other behavior.

Even if regimes result in similar listing criteria, there is no guarantee that the listings will be identical. Another consideration for designation criteria is the evidentiary basis in which they are grounded. Most regimes must provide targets with fair notice of their designation, as well as the opportunity to challenge their listing.

In the case of EU regimes, De Waele and Nedea say the listing criteria must be legally sound, precise and clear. “An important element is the legal soundness of the listing criteria. Designations require legally robust evidence demonstrating why this specific individual/entity fulfills the listing criteria. Listings are accompanied by an explanation – statement of reasons – to enable the individual or entity concerned to understand the grounds for their listing. Designated persons and entities or targeted third countries may challenge EU restrictive measures before the Court of Justice of the EU, asserting their due process rights and their right to a fair trial.”

The EU and UK Global Human Rights regimes exemplify how all of these factors come into play. The EU regime is far more specific in defining human rights abuses and violations, explicitly providing 12 criteria to be considered. As the EU caters to the interest of member states, this should not be unexpected.

By comparison, the UK regime provides three that are inherently vague and thus broader in scope. These are the infringement on one’s right to life, the right not to be subjected to torture or cruel, inhuman or degrading treatment, and the right to be free from slavery or servitude.

The UK regime may be broad to apply regulations to a greater variety of targets. What it lacks in specificity in scope is supplemented by its explicit designation criteria. Section six of the regulation specifies lengthy conditions of what constitutes involvement in the three restricted activities. The opposite is true for the EU regime, offset by its specific definitions of human rights violations and abuses.

Regardless of discrepancies in application and designation criteria, compliance professionals are most concerned with the resulting listings. The UK regime includes 49 designations; the EU regime has only 19.

Despite the designation discrepancies between the two regimes, they do not hinder international partners in coordinating sanctions. Lester comments: “Different countries have different designation criteria in some cases. I don’t suppose that makes coordination difficult – it just means that different names sometimes appear on different sanctions lists.”

De Waele and Nedea point out one consideration. “What is important is that listing decisions which may have a significant impact on the interests of another international partner are well thought through – if possible, also coordinated in advance. This can avoid unintended negative consequences, which may create difficulties in implementation and friction between partners.”

With most sanctions regimes following a list-based framework, compliance officers can simply screen lists for names. “Designation criteria,” says Lester, “are not the most difficult thing for sanctions practitioners to navigate – as opposed to other differences between regimes. Designation criteria are the basis for names being on lists, and list-based sanctions tend to be relatively straightforward for compliance professionals to navigate.”

By closely following government press releases, material updates, and relying on the trusted advice of counsel, navigating designation criteria between jurisdictions does not have to be difficult. To this end, widely available resources have been listed below.