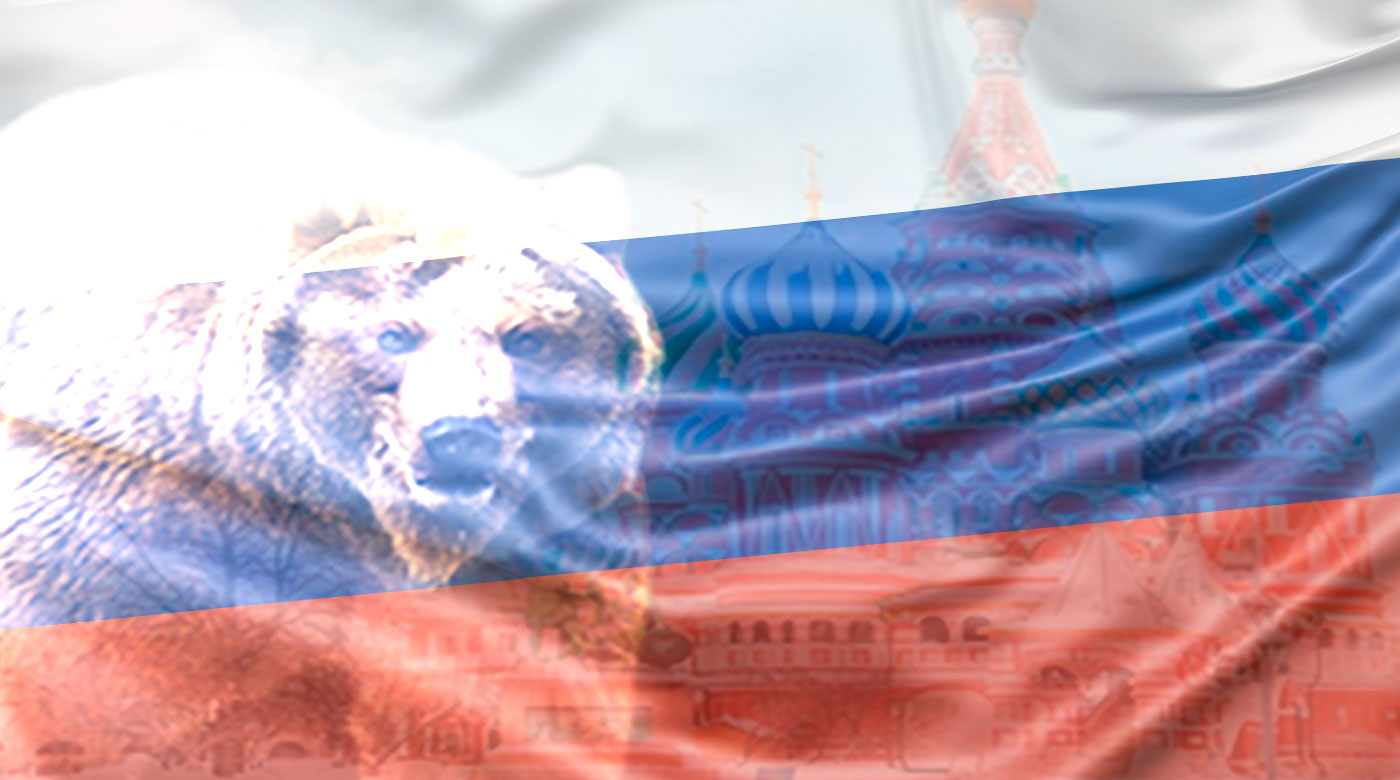 The Ukraine-Russia-related sanctions program represents the implementation of multiple legal authorities. Some of these authorities are in the form of an executive order issued by the president. Other authorities are statutes passed by Congress.

These authorities are further codified by OFAC in its regulations published in the Code of Federal Regulations. As is the case with all OFAC regulations, modifications are posted in the federal register.

Over the past few years, many targeted sanctions have been enacted against Russia, Putin, and the Russian state. Initially, the OFAC sanctions targeted Russia after it annexed in 2014 the Crimean Peninsula in Ukraine.

In 2016, the sanctions were updated in response to the actions and policies of the government of the Russian Federation, including the annexation of Crimea. The president issued three subsequent executive orders that expanded the scope of the national emergency declared in EO 13660.

EO 13662 authorized imposing sanctions on certain entities operating in specified sectors of the Russian Federation economy. EO 13685 prohibited importing goods, services and technology to or from Crimea as well as new investment in Crimea by an American, wherever located.

At the time these were the strongest sanctions against the Russian Federation. The belief was that this would force Russia to mend its ways. As we all know, this did not happen.

In April of 2021, Russia’s activities in foreign affairs were continued to be adjudged as aggressive and led to EO 14024 (Directive 1) – Blocking Property with Respect to Specified Harmful Foreign Activities of the Government of the Russian Federation. This elevated the US government’s capacity to deploy strategic and economically impactful sanctions to deter and respond to Russia’s destabilizing behavior.

The EO authorizes sanctions to counter Russia’s harmful foreign activities that threaten US national security and foreign policy deemed to:

To address these threats, the EO of April 15, 2021, authorized sanctions on a wide range of people, including those operating in technology and defense and related materiel sectors of the Russian Federation economy, and in additional sectors as determined by the secretary of the treasury in consultation with the secretary of state.

The Russian Intelligence Services — specifically the Federal Security Service (FSB), Russia’s Main Intelligence Directorate (GRU), and the Foreign Intelligence Service (SVR) — are alleged to have executed some of the most dangerous and disruptive cyber attacks in recent history, including SolarWinds. This attack exploited business software firm SolarWinds’ Orion product to send malware to about 18,000 public and private organizations. Microsoft President Brad Smith described it as “the largest and most sophisticated attack the world has ever seen.”

The FSB and GRU were previously sanctioned in 2016 and again in 2018 for malicious cyber activity, and most recently on March 2, 2021, for activities related to the proliferation of weapons of mass destruction. The FSB was involved in the August 2020 poisoning of Aleksey Navally with a chemical weapon, specifically a nerve agent known as Novichok. GRU also engaged in activities that materially contributed to the possession, transportation and use of Novichok related to a March 2018 poisoning in the UK.

The FSB has used its cyber capabilities to target Russian journalists and others who openly criticized the regime, as well as US government personnel and millions of private citizens around the world. To increase its malicious cyber operations, the FSB cultivated and employed criminal hackers, including the previously designated Evil Corp, which enabled it to engage in disruptive ransomware attacks and phishing campaigns.

GRU’s past cyber activities include the deployment of the NotPetya and Olympic Destroyer malware; intrusions targeting the Organization for the Prohibition of Chemical Weapons and the World Anti-Doping Agency; cyber attacks on government systems and critical infrastructure in Ukraine and the state of Georgia; and hack-and-leak operations targeting elections in the US and France.

Americans are forbidden from buying new Russian sovereign debt, which might be extended to not allowing the trading of newly issued Russian government bonds in the secondary markets. The House of Representatives has approved an amendment that would ban US citizens from buying or selling newly issued Russian sovereign debt on both primary and secondary markets, but it still needed approval by the Senate at the time of publication.

The amendment, added to a defense-spending bill by voice vote, is part of Congress’s effort to punish Moscow for alleged interference in US elections.

Despite another impending round of sanctions against Russia, buoyant investor sentiment was overshadowed by the Federal Reserve’s measured approach to tapering. While Russian bonds fell initially, they later pared their drop, and the ruble and stocks climbed.

“The markets are so used to this sanction news – it’s not the first proposal and not the last,” said Viktor Szabo, a fund manager at Aberdeen Asset Management in London. “They will keep it on a shelf as a warning to Russia.”

The targeting of secondary-market trading of sovereign debt marked a major escalation of the sanctions regime, but it was thought that the Russian markets have benefited this past year or so from the perception that President Joe Biden doesn’t want to confront the Kremlin as he deals with more pressing issues from China to Afghanistan.

Daniel Drezner, Professor of International Politics at the Fletcher School of Law and Diplomacy at Tufts University, takes the view that the sanctions are simply ineffective. “The reliance on economic sanctions would be natural if they were especially effective at getting other countries to do what Washington wants, but they’re not,” he wrote in the September-October 2021 issue of Foreign Affairs magazine. “The most generous academic estimate of sanctions efficacy – a 2014 study relying on data set maintained by the University of North Carolina – found that, at best, sanctions lead to concessions between one-third and one-half of the time.”

A 2019 report by the Government Accountability Office concluded that not even the federal government was necessarily aware when sanctions work. The report noted that officials at the Treasury, State, and Commerce departments “do not conduct agency assessments of the effectiveness of sanctions in achieving broader US policy goals.”

Surely, the US government can publish assessments to show the effectiveness of its sanctions objectives. What works with one sanctioned country invariably does not work with another.

Sanctioned countries such as Russia have extensive resources and can withstand acts intended as punitive by the US and other nations. The sanctions imposed on Russia after annexing Crimea might have deterred Moscow from more aggressive actions on its periphery, but the bar was set low to gauge their effectiveness.

By any reasonable standard, the myriad of targeted sanctions from seven-plus years ago failed to achieve their objective. Russia has continued to violate international norms time and again.

Targeted sanctions are intended to reduce the suffering that comprehensive trade embargoes can have on people. The theory remains that going after banking systems and assets held by the bad actors would not harm the general population. In practice, most financial measures have been attached to trade sanctions, damaging countries even more.

A regrettable offshoot of OFAC sanctions is that sanctioned countries learn to adapt. Russia is a large and asset-rich country with many trading partners. When pressed, it can find trading partners that will satisfy nearly all of its needs.

Looking forward, sanctions compliance officers must keep up to date with not only all OFAC Russian Federation updates but also geopolitical developments. OFAC screening filters must be adjusted as changes arise, possibly even requiring adding individuals or entities manually. Russian internal banking sanctions policies and procedures must be strengthened as necessary to help mitigate any concerns.

Robert L. Williams III, CAMS, is a financial crimes prevention professional with nearly 20 years of expertise in the sectors of banking, including the USAPA, BSA, AML, KYC, and OFAC, at three foreign banks. He began his career at Credit Lyonnais/CALYON, which eventually became Credit Agricole in 2002. He then moved on to BNP Paribas where he was the designated OFAC compliance officer. Robert was employed at Standard Chartered Bank in a sanctions advisory role working with the account opening/KYC teams and relationship managers to mitigate internal and external sanctions concerns. He is a member of the ACSS Editorial Task Force.