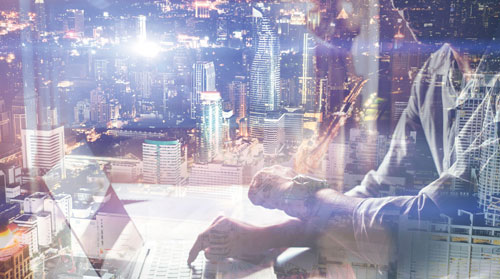 Ransomware payments in response to cyberattacks are increasing while becoming more focused, sophisticated and costly.

The attacks are carried out against private and governmental entities in all sectors and of all sizes. In some cases, the attacks included vulnerable entities such as small businesses, which often allocate fewer resources for cyber protection and tend to make quick payments to the attackers for service restoration.

In September 2021, SUEX OTC, S.R.O. (SUEX), became the first virtual currency exchange designated by OFAC for facilitating financial transactions for ransomware actors. These included at least eight ransomware variants with illicit proceeds. An analysis of known SUEX transactions showed that over 40% of illicit actors were within SUEX’s transaction history.

OFAC said that, while most virtual currency activity is legal, virtual currencies can flow through illicit activities that facilitate sanctions evasion, ransomware schemes, and other cyber crimes.

In September 2019, OFAC designated Lazarus Group and two sub-groups, Bluenoroff and Andariel, allegedly affiliated with the government of North Korea.

In May 2017, ransomware known as WannaCry 2.0 infected approximately 300,000 computers in at least 150 countries. This attack was linked to Lazarus Group.

In another attack, OFAC said Bluenoroff and Lazarus Group conspired to steal approximately $80 million from the Central Bank of Bangladesh’s New York Federal Reserve account. Both groups used malware in an attempt to steal a total of $851 million by making more than 36 large fund transfer requests using stolen SWIFT credentials. A typographical error alerted personnel who stopped the transactions.

In December 2019, OFAC designated Evil Corp and its leader, Maksim Yakubets, for their development and distribution of the Dridex malware.

Beginning in 2015, OFAC says that Evil Corp, a Russia-based cyber criminal organization, used the Dridex malware to infect computers and harvest login credentials from hundreds of banks and financial institutions in over 40 countries. More than $100 million was stolen.

Steven T. Mnuchin, former US Secretary of the Treasury, said: “Treasury is sanctioning Evil Corp as part of a sweeping action against one of the world’s most prolific cyber criminal organizations. This coordinated action is intended to disrupt the massive phishing campaigns orchestrated by this Russian-based hacker group.”

Ransomware payments represent just a fraction of the economic harm caused by cyber attacks, according to the US government. As well as using the technology for personal gain, cyber attackers disrupt the economy and damage companies, families and individuals. The disruption created by these attacks can harm critical sectors, including healthcare, financial services and energy, and can expose confidential information.

Additionally, cyber criminal activity is funded with virtual currency exchanges such as SUEX, which are critical to the profitability of ransomware attacks. The US Department of the Treasury is moving toward continuing to disrupt and hold accountable these entities to reduce the incentive for cyber criminals to perform these attacks.