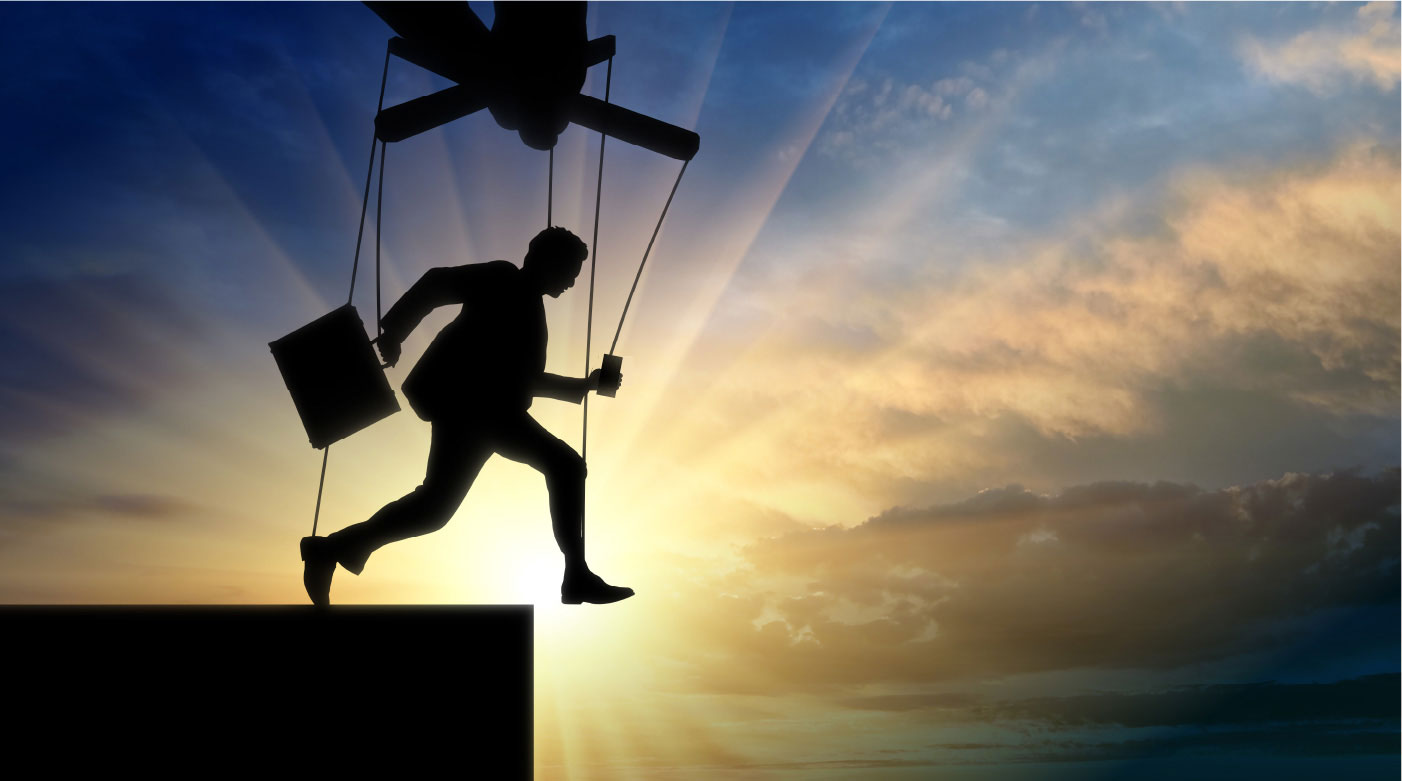 We all know sanctions are an economic tool of persuasion to control undesirable behavior. They also provide funds for governments. Their growth in wide-scale application stretches beyond nations to encompass companies, other entities and individuals.

The US Government Accountability Office (GAO) estimates that from January 2009 to December 2015, financial institutions were fined about $12 billion for violating Bank Secrecy Act/anti-money laundering regulations (BSA/AML), Foreign Corrupt Practices Act of 1977 and US sanctions programs.

Federal agencies assessed about $6.8 billion for violating US sanctions programs. Of the total $12 billion, federal agencies collected all but about $100 million.

With those figures, you can’t help but think that sanctions are viewed by governments as another form of monetization. For companies, however, the overriding concern is conducting business without penalties damaging their bottom line.

As a compliance officer, you know what to look for to spot a breach. But are you familiar with how government offices account for the money and where it goes?

In the US, the GAO, the audit, evaluation, and investigative arm of Congress released a report describing the funds and accounts the Treasury uses to maintain fines, penalties and forfeitures collected. The 45-page report, published in 2016, Financial Institutions: Fines, Penalties, and Forfeitures for Violations of Financial Crimes and Sanctions Requirements, says the fines collected support general government and law enforcement activities and provide payments to crime victims.

Components within the Department of the Treasury and financial regulators are responsible for initially collecting penalty payments, verifying that the correct amount has been paid, and then depositing the funds into the Treasury’s general fund accounts, after which the funds are available for general use by the government.

OFAC independently assessed $301 million in penalties against financial institutions for sanctions programs violations. Forty-seven penalties were issued, ranging from about $8,700 to $152 million. The $152 million penalty was against Clearstream Banking for making securities transfers for the central bank of a sanctioned country.

Most of the fines collected resided with the Department of Justice (DOJ) and the Treasury. About $3.2 billion was deposited into DOJ’s asset forfeiture fund (AFF) and $5.7 billion into the treasury forfeiture fund (TFF), of which $3.8 billion related to a sanctions case was rescinded in the fiscal year 2016 appropriations legislation.

Funds collected were overwhelmingly from one case – BNP Paribas, which was assessed an $8.8 billion forfeiture and a $140 million criminal fine in 2014 for willfully conspiring to commit violations of various sanctions laws and regulations. BNP Paribas pleaded guilty to moving more than $8.8 billion through the US financial system on behalf of sanctioned entities from 2004 to 2012. Of the $8.8 billion forfeited, much was apportioned among participating state and local agencies.

Funds from the AFF and TFF are used primarily for program expenses, payments to third parties, including the victims of related crimes, and payments to law enforcement agencies that participated in the efforts resulting in forfeitures. The remaining funds from these cases are subject to general rescissions to the TFF and AFF or may be used for program or other law enforcement expenses.

Of the $301 million, OFAC collected about $299 million. The Treasury’s bureau of fiscal service collects and tracks payments for civil money penalties that OFAC assesses, and then deposits the payments into the Treasury’s general fund accounts.

The Office of Financial Sanctions Implementation (OFSI) is the part of the UK Treasury that applies sanctions fines. OFSI discusses how it determines the extent of sanctions breaches and its approach in Monetary penalties for breaches of financial sanctions – Guidance.

In Section 8.2, “Paying a penalty,” referring to Section 146 (11) of the Policing and Crime Act 2017, “any monetary penalty payable under this section is recoverable by the Treasury as a civil debt.” It goes on in 8.3 to cite Section 146 (12) of the act and says “any monetary penalty received by the Treasury by virtue of this section must be paid into the Consolidated Fund.”

That means the payment goes into the UK Exchequer’s general funds for use by the government.

OFSI is in its infancy as a government office, and so the number of fines it has collected is small compared with OFAC. The largest fine taken by OFSI is a $20.47 million penalty in 2020 against Standard Chartered Bank for making funds available to a designated person without a license, EU Council Regulation 833/2014, Ukraine (EU Financial Sanctions) No.3, Regulations 2014.

The EU views sanctions as “an essential tool” in its common foreign and security policy through which the EU can intervene where necessary to prevent conflict or respond to emerging or current crises. EU restrictive measures are not punitive and are intended to bring about a change in policy or activity by targeting non-EU countries, as well as entities and individuals, responsible for the malign behavior at stake.

The EU has over 40 sanctions regimes in place. Some are mandated by the United Nations Security Council, whereas others are adopted autonomously by the EU.

Investigations into potential non-compliance cases fall to the member states and their authorities. Member states are obliged to have effective, proportionate and dissuasive penalties and enforce them when EU sanctions are breached.

The Directorate-General for Financial Stability, Financial Services and Capital Markets Union is in charge of monitoring, on behalf of the European Commission, the implementation and enforcement of EU sanctions across member states.

The EU does not collect money through the sanctions it imposes on persons and entities. These usually take the form of arms embargoes, travel bans, asset freezes or other economic measures such as restrictions on imports and exports.

As an example of how member states run their sanctions program, we can look at Germany and France, the biggest economic powers in the EU. As with other member states, Germany’s and France’s sanctions follow EU regulations and UN resolutions.

Both France and Germany have their own sanctions programs, too. Germany has its own code related to the export of arms. France’s autonomous sanction measures include the freezing of assets belonging to persons within its territory under its monetary and financial code.

In France, the directorate-general of the treasury is responsible for administering financial and trade sanctions and the ministry of foreign affairs oversees sanctions relating to military equipment.

In Italy, fines range from €5.000 to € 500,000 for violating asset freezes making funds and economic resources available to listed persons; from €2,500 to €250,000 for violating reporting obligations such as the performance of freezing assets; and from €5,000 to €500,000 for violating other financial sanctions set by the EU. The Ministry of Economy and Finance takes into account the circumstances of the violation and the behavior of the actors, whether it has been repeated, any advantages it brought the actors, among others.

A Department of Treasury spokesperson says that all penalties collected go to the central government. “In the last few years, the number of violations has reduced remarkably. The reduction of the decrees issued in the last years is in line with the delisting of many individuals listed for terrorism.”

The Security Council can take action to maintain or restore international peace and security under Chapter VII of the United Nations Charter. Sanctions measures, under Article 41, encompass a broad range of enforcement options that do not involve the use of armed force. Fourteen ongoing sanctions regimes focus on supporting the political settlement of conflicts, nuclear non-proliferation and counter-terrorism.

Security Council sanctions have taken many forms in the pursuit of a variety of goals. The measures have ranged from comprehensive economic and trade sanctions to more targeted measures such as arms embargoes, travel bans, and financial or commodity restrictions.

That governments deposit sanctions fines into a central bank account does prevent a potential problem of departments collecting for their own purposes. Given this freedom, they could potentially be overzealous in their work. As one lawyer said: “Their self-interest may come into the decision as to what the fine should be, rather than simply the facts that are meant to be taken into account.”

Have sanctions penalties become, to paraphrase Benjamin Franklin, a certainty like death and taxes? Let’s hope not, but keeping a watchful eye and remaining vigilant can only help to keep your company’s cash in its own account.