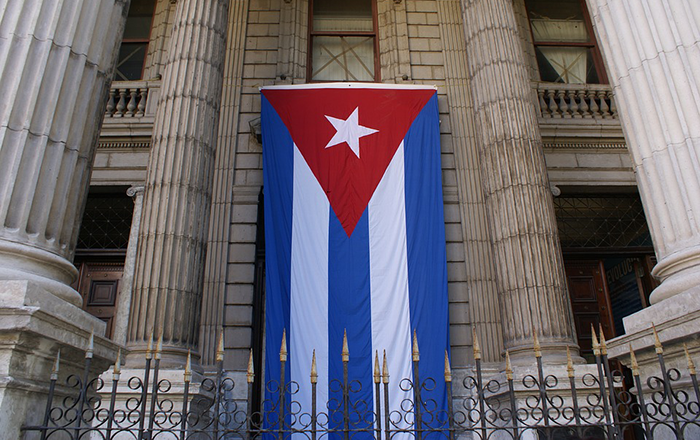 The U.S. Office of Foreign Assets Control had a very busy year. The agency handed out a record $1.28 billion in penalties in 26 settlements. The enforcement actions provide insight into what was top of mind for the agency and offer clues to companies on how to strengthen their compliance programs. 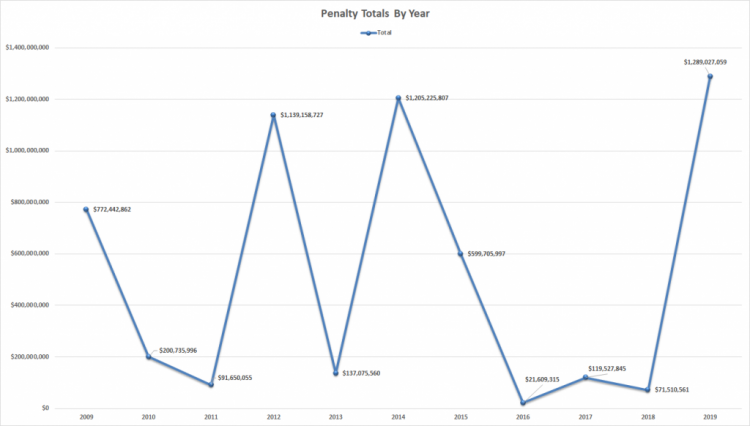 The main contributing factors to the high penalty total for 2019 are two enforcement actions that OFAC took against large financial institutions in April:  UniCredit Bank ($611 million) and Standard Chartered ($657 million). The banks violated several different sanctions programs, including Iran, Cuba, Syria, and the now-repealed Burmese and Zimbabwe sanctions by processing thousands of forbidden payments and transactions.

First Due Diligence, then M&A

OFAC sent a strong message regarding due diligence and acquisitions in 2019. For instance, Stanley Black and Decker were fined $1.8 million in April for Iran sanctions violations.  The company they acquired, Chinese subsidiary, Jiangsu Guoqiang Tools Co. Ltd., sold power tools and spare parts to Iran. In the settlement agreement, OFAC said that the enforcement action “highlights the importance for U.S. companies to conduct sanctions related due diligence both prior and subsequent to mergers and acquisitions.”

Kollmorgen, a manufacturing company, based out of Virginia, was also fined by OFAC due to the acquisition of a foreign-based business -Turkish affiliate, Elsim Elektroteknik Sistemler Sanayi ve Ticaret Anonim Sirketi (“Elsim”).  However, unlike Stanley Black and Decker, they performed extensive due diligence according to the February 2019 settlement agreement.  OFAC details the Kollmorgen’s efforts in the document, which taken on their own provide guidance on the right way to approach acquisition-related sanctions compliance.  Unfortunately, despite all of the steps the company took, management at Elsim willfully continued to conduct business with Iran and the company was still fined$13,381. But the small amount is a testament that OFAC took into consideration Kollmorgen’s attempts to ensure Elsim’s compliance.

As to the willful manager, he became the first person ever to be sanctioned by OFAC as a “Foreign Sanctions Evader” in conjunction with an enforcement action.  Sigal Mandelker, Treasury Under Secretary for Terrorism and Financial Intelligence says in the press release that, “This action is a clear warning that anyone in supervisory or managerial positions who directs staff to provide services, falsify records, commit fraud, or obstruct an investigation into sanctions violations exposes themselves to serious personal risk.”

Another example is the case involving Expedia and its newly acquired subsidiaries.  In June of 2019, OFAC fined the company $325,406 for violations of the Cuba sanctions. Their subsidiaries facilitated travel to Cuba for more than 2200 people.  According to the enforcement action, Expedia took 15 months to inform one of their foreign subsidiaries that it was subject to U.S. law. It advises that U.S. parent companies take “appropriate steps to audit, monitor, train, and verify newly acquired subsidiaries for OFAC compliance.”

The Expedia settlement is one of several Cuban travel-related OFAC enforcement actions. In fact, enforcement actions for violations of Cuba sanctions comprised of more than a third of the 26 actions in 2019, followed close behind by Iran. 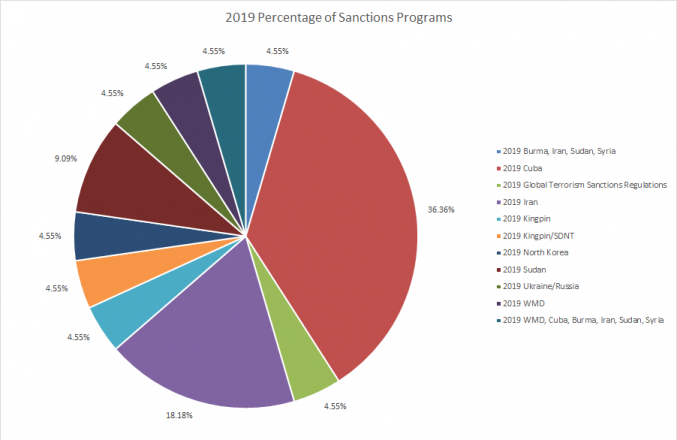 Allianz Global Risks US Insurance Company, and ACE Limited are both travel insurance companies who violated Cuba sanctions by providing insurance to customers who were traveling to Cuba.

The December 2019 action taken against the Swiss company ACE Limited is of particular interest due to its reference to the E.U. Blocking Statute. Due to a complex corporate structure, the travel insurance firm was a subsidiary of a U.S.-based holding company, so it was subject to U.S. sanctions law. However, the European-based compliance team advised the company that “it believed coverage could be provided if the risk of violating U.S. sanctions involved a de minimus portion of the portfolio, and the E.U.’s Anti-Blocking Regulation prevented enforcement of the U.S.sanctions regulations related to Cuba.”  OFAC fined the company $66,212; the agreement stated that “this enforcement action underscores the applicability of U.S. sanctions to certain foreign-based entities.”

Two other companies – Cubasphere and Hotelbeds USA– were both penalized for taking part in Cuba-related travel transactions.  One settlement agreement stated that this enforcement action “highlights the importance of compliance with the CACR for all travelers and travel service providers subject to the jurisdiction of the United States.”

OFAC started 2019 with an enforcement action that fined California cosmetic company e.l.f. $996,080 for violations of North Korea sanctions. According to the settlement agreement, the company imported false eyelash kits from two suppliers located in the People’sRepublic of China that contained materials sourced from North Korea. It states that the action “highlights the risks for companies that do not conduct full-spectrum supply chain due diligence when sourcing products from overseas.”

This has obvious wide-ranging implications for companies, but luckily OFAC did provide some guidance as to what it expects from companies. This includes: