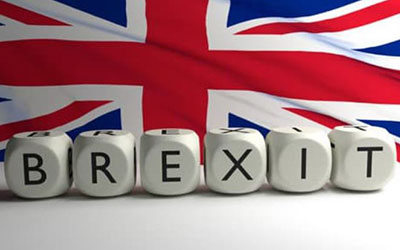 The ‘Brexit’ Effect: What the UK’s Departure from the EU Could Mean for the Global Sanctions Landscape

Over three years ago, in the June 23 Referendum, the UK voted to leave the European Union (EU). This departure from the EU, also known as ‘Brexit’, has put the world on stand-by, waiting to see what terms the UK and Europe will decide for their future divorce. One of these terms will be how to treat sanctions policy once the UK leaves.

The European sanctions landscape is already vastly complex, partly due to the different – and often opposed – political agendas as well as the ever-changing convergence between sanctions law, international law, and the domestic law of sovereign EU states. The numerous permutations – at a time where: (i) the UK is due to depart the EU but has not yet done so; (ii) the US has withdrawn from the Joint Comprehensive Plan of Action (or Iran nuclear deal); and (iii) the EU announced the reactivation of the Blocking Regulation – compound the uncertainty and make it increasingly difficult for businesses to accurately follow and understand the provisions that affect them.

Now, as the January 31 deadline for Brexit looms, companies and compliance suites are becoming more and more eager to learn if the split will cause a rift between EU and UK sanctions policy or if it will, in fact, have any significant impact on the UK sanctions landscape at all.

UK Sanctions on the World-Stage

As a global hub for finance and banking, the UK has always played a powerful role in European sanctions policy and implementation.

According to Erica Moret and Fabrice Pothier in their book “Sanctions after Brexit” (Survival, vol. 60 no.2, April-May 2018, pp. 179-180): “As a leading political, economic and soft-power actor, and home to one of the world’s premier financial centres (the City of London), the UK has traditionally played a central role in shaping EU sanctions, contributing to their design and implementation, and participating in intelligence-sharing and consensus-building among member states.  It is unlikely, however, that the UK will continue to do so once it withdraws from the EU”.

Post-Brexit, the UK’s rather sizeable influence over European sanctions policy will naturally diminish. The UK will also no longer be bound by European law and, without an agreement to the contrary, EU instruments such as EU Council Decisions and Regulations, will lose their legal force in the UK subject to the terms of the EU (Withdrawal) Act 2018. UN sanctions measures, however, will have to be implemented directly by the UK post-Brexit as the UK will continue to be bound by international law.

Current Implementation of UN and EU Sanctions in the UK

At a domestic level, the UK makes statutory instruments (UK regulations) to criminalize breaches of financial sanctions and to impose penalties for breaches of EU regulations. Currently, the UK’s domestic sanctions regime (as opposed to the international and regional sanctions regime created by the UN and the EU respectively)is confined to terrorism legislation and the UK can only impose its own financial sanctions and restrictions under specific legislation, namely: The Anti-Terrorism Crime and Security Act 2001 (‘ATCSA 2001’), the Counter Terrorism Act 2008 (‘CTA 2008’), and the Terrorist Asset-Freezing Act 2010 (‘TAFA 2010’).

Following its departure from the EU, however, the UK will be at risk of breaching its international obligations if a way forward is not agreed. With that in mind, the UK Parliament has passed the Sanctions and Anti-Money Laundering Act 2018 (‘SAMLA’), which received royal assent on 23 May 2018. This piece of legislation, which is anticipated to come into force at the time of the UK’s departure from the EU, will fill the legislative lacuna created by Brexit and will enable the UK to impose sanctions for the first time, independently of the European community. Until SAMLA’s provisions come into force, the UK’s domestic sanctions regimes remain confined to terrorism legislation.

Deal or No Deal

In the event of a deal between the EU and UK, sanctions regulations will be among the many EU rules that the UK will continue to follow until the end of a so-called ‘transition period’ (even if it will play no part in helping to make them).  This transition period will last for at least a year, and after it has run, the UK and EU will have made a decision as to how sanctions will apply. This decision will likely be made well in advance of the deadline so as to give businesses and financial professionals time to prepare for the switch.

On the other hand, if the UK departs from the EU without a deal, the majority of EU sanctions designations will be carried over and take effect under the SAMLA provisions in order to replace the existing EU regimes and through the EU Withdrawal Actwhich converts the EU regulations into domestic law as at the moment of exit.

Implementation of UN and EU Sanctions in the UK, Post-Brexit

SAMLA provides the UK with a domestic framework of powers to continue to meet its international obligations under the UN Charter by implementing UN sanctions directly in the UK and is designed to fill the legislative gap created by the UK leaving the EU. Among other things, it implements a new sanctions framework for the UK post-Brexit and enables the UK to use sanctions to meet national security and foreign policy objectives.

As to EU sanctions, it is likely that EU sanctions measures will also be transposed into UK law. According to the EU Withdrawal Act 2018, the current sanctions regimes in effect on the date of the UK’s departure from the EU will form part of domestic law on and after exit day.

The Broad Scope of SAMLA

Though it is uncertain how its power will be used, SAMLA gives UK ministers rather broad powers to impose sanctions.

Section 1 of SAMLA gives effect to the very heart of the issue by empowering the Secretary of State and the Treasury to impose sanctions regulations that a minister considers ‘appropriate’ for purposes including: (a) complying with a UN obligation; and (b) to achieve a particular purpose including furthering the prevention of terrorism both in the UK and elsewhere; the interests of national security; furthering a foreign policy objective of the UK government; and promoting respect for democracy, the rule of law and good governance.

The contrast between current EU law and the new legislation is marked, not least because making a sanctions regulation on that basis that a Minister feels it is ‘appropriate’ is a lower threshold than the EU’s regime ‘necessity’ test. The government’s reassurances that it does not intend to alter how sanctions are implemented in practice does nothing to change the fact that the framework gives far greater discretion to the Minister, with the result that sanctions may be used more extensively than before.

A Change in Due Process

Currently, persons designated pursuant to UN sanctions are able to challenge their designations through the EU General Court, which affords them certain rights.

Under SAMLA, however, individual rights will be reduced, and those on the UN list will be deprived of the rights they enjoy under EU law. For example, the EU General Court can declare designations unlawful even where they originate from UN Security Council decision. This is not an option under SAMLA. In other words, there is no judicial review process of UN sanctions measures in the UK.

SAMLA does provide a mechanism whereby a person designated on a UN sanctions list may request the Secretary of State to use his best endeavours to secure that the person’s name is removed from the relevant UN list (Section25(2)).  There remains, nevertheless, a distinction between domestic designations and UN designations, whereby the former are subject to judicial review but the latter are not.

The Future of UK Sanctions

The UK’s legislative sanctions framework is permeated with uncertainty due to the international forces and obligations at play.

The UK has historically played a vital role in the design and implementation of EU sanctions, which is unlikely to continue once it withdraws from the EU. On the other hand, the UK’s departure from the EU is unlikely to change the UK’s sanctions policy to any great extent, exactly because of its previous leadership role in sanctions proposals within the EU.

The government has confirmed that SAMLA, despite its far-reaching provisions, is not intended to alter the UK’s substantive approach to sanctions. Nonetheless, the statute’s provisions represent an overhaul and potential extension of the UK’ssanctions framework. Notwithstanding the criticisms of SAMLA during its first readings, where it was said that it could lead to “a constitutional car crash” or a “bonanza of regulations”, in practice, very little is likely to change. Moreover, a non-aligned approach between the UK and EU would carry significant risks for the UK itself, not least the likely backlash from EU member states who may see any significant divergence as an attempt to gain an unfair competitive advantage.

Some commentators have referred to the new institutional formula of EU 27+1 in shaping and co-implementing sanctions. For now, this is the most likely outcome so that the EU can reduce the risk that its weapon of choice be partially disarmed whilst protecting the UK’s credibility as a global player.

**Alex Haines is a Barrister at Outer Temple Chambers in London, England, and attorney admitted to the New York Bar, specializing in business crime, global investigations, sanctions and international organizations. He is an active member of the ACSS Editorial Task Force.