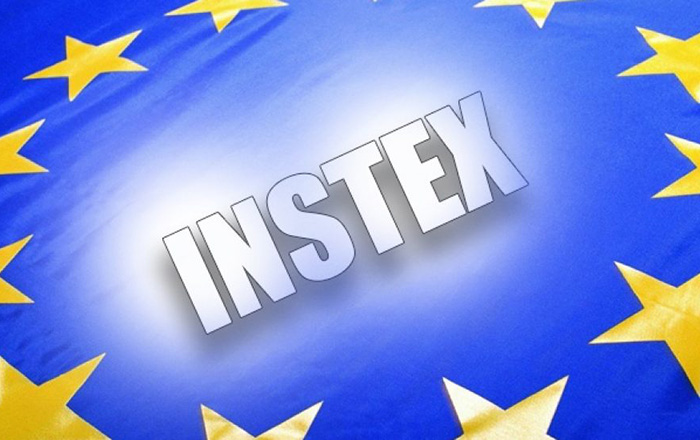 On March 31, 2020, France, Germany, and the U.K. confirmed concluding their first INSTEX transaction between the E.U. and Iran, by successfully exporting medical goods to the Middle Eastern country. Though the types of goods allowed under the trade mechanism remain limited, this transaction marks a significant step in allowing E.U member states to continue trade with Iran despite the re-imposition of U.S. sanctions.

Now the first transaction is complete, INSTEX and its Iranian counterpart STFI will work on completing more transactions and enhancing the mechanism, according to a German Foreign Ministry statement. Unfortunately, the statement gives little detail about the type of medical goods sent or who was involved in the transaction. Nevertheless, according to a March 31 report from the Wall Street Journal, the transaction involved a sale of “equipment related to blood treatment from a German exporter and had been in the works for several months”. Citing people familiar with the matter, the report goes on to say that the transaction was worth approximately $548,000. Though it has been carried out at the height of the pandemic, the equipment sent has no apparent link to the coronavirus pandemic.

The new INSTEX payment system, created by Germany, France and the U.K. is an effort by E.U. leaders to counteract U.S. sanctions and allow continued trade between the E.U. and Iran after the U.S. withdrew from the Joint Comprehensive Plan of Action (JCPOA) in 2018.

At the time of its inception, it was unclear whether this new payment system was truly an economic channel for continued trade with Iran or simply a political statement in defiance of the Trump Administration’s decision to reject the JCPOA. However, in recent months, INSTEX has been gaining ground and backing from further E.U. member states signalling their willingness to push INSTEX forward and continue protecting E.U. companies that wish to continue trade with Iran.

The Instrument in Support of Trade Exchanges, or INSTEX, is a Special Purpose Vehicle (SPV) specifically established by France, Germany and the U.K. (also known as the ‘E3’), in order to facilitate ongoing trade with Iran as per the terms of the JCPOA. Under the JCPOA, five permanent members of the UN Security Council – China, France, Russia, United Kingdom, United States, plus Germany – agreed to lessen sanctions against Iran in exchange for the gradual elimination of its proliferation program.

The INSTEX SPV insulates trade with Iran from U.S. sanctions by acting as the middleman. This is done using a ‘mirror-image’ transaction system. In other words, any transactions done by a European company with Iran is financially matched (or ‘mirrored’) by INSTEX; then the Iranian counterpart to INSTEX – the Special Trade and Finance Institute (STFI) – will coordinate a similar matched payment to the Iranian company on the other side of the transaction.

For more on how the INSTEX SPV works, please see: https://sanctionsassociation.org/continuing-trade-with-iran-with-instex-how-viable-is-europes-new-economic-trade-mechanism/

In January 2019, the E3’s foreign ministers issued a joint statement with a brief overview of the new mechanism they had created. According to the statement, the INSTEX SVP will focus “initially on the sectors most essential to the Iranian population – such as pharmaceutical, medical devices and agri-food goods”.

Though it was clear that the E3 wanted to make a political statement condemning the actions taken by the U.S. and reiterating their commitment to the JCPOA, they did not provide detailed guidance on how such a payment channel would be used practically.

In November 2019, the E3 issued another joint statement welcoming the governments of Belgium, Denmark, Finland, the Netherlands, Norway and Sweden, as new INSTEX shareholders. The statements asserts that, “this step further strengthens INSTEX and demonstrates European efforts to facilitate legitimate trade between Europe and Iran”.

Though this move can be seen as largely symbolic, the backing of these new countries has given INSTEX a wider reach, more clout, and most importantly, access to further capital to finance its efforts.

In INSTEX’s most recent (and first) transaction, which occurred on March 31,2020, medical goods were sent from the E.U. to Iran using the INSTEX mirror-image transaction system.

In a German Foreign Ministry press release, details of the first transaction are not given, however Berlin makes clear that INSTEX “[facilitated] the export of medical goods from Europe to Iran” and now that the first hurdle is complete, it will focus its energy on “enhancing the mechanism”.

Experts, however, remain sceptical as to how realistic it will be for the E.U. to conduct further transactions in light of growing U.S. sanctions against Iran.

Brian O’Toole, former OFAC policy advisor and Senior Fellow at the Atlantic Council, predicts that this first INSTEX transaction is “the first of a few, but probably not that many, since the U.S. government has come out strongly against INSTEX.” Mr O’Toole goes on to say that it is likely INSTEX will “only ever be used for humanitarian trade, as no one will be willing to risk U.S. sanctions to conduct sanctionable trade.”

Other experts, such as Elika Eftekhari, International Trade Attorney at Alamut Trade Partners, think that, “even assuming INSTEX was operational … its barter-basis may be viewed, in the long run, by the Iranians as an international trade snub.”  Nevertheless, Ms Eftekhari states that, “at this point, it is early to say whether INSTEX is headed for longevity.”

The Realities of INSTEX

From its creation, INSTEX has raised questions about its practicality for two main reasons:

European exports to Iran, and imports from Iran to Europe, are often times not equal. In order for the INSTEX mirror-image process to work, the revenue generated by selling Iranian oil needs to match payments made European companies. However, with continued U.S. restrictions on the sale of Iranian oil, the influx of Iranian funds could become a challenge that ultimately leads to a deficit for Iran.

Transactions involving exports to and from Iran will not always match up perfectly, individually, or in aggregate. INSTEX will need to find a way to balance payments within both overall trade flow and at an operational level, so that payments can be settled appropriately.

Furthermore, considering that many buyers of Iranian oil are not European—e.g. China, India, Korea and Japan—it is not certain that those buyers would accept transferring payments to the new INSTEX SVP. Any agreement to that end could require complicated negotiations between several countries in which U.S. interference and influence could not be ignored.

The second reason that INSTEX may be impractical is the long-arm reach of U.S. sanctions and their pervading international impact. The Trump Administration has made it clear that it will not hesitate to politically and financially pressure the E.U. if it believes U.S. sanctions against Iran have been circumvented in any way.

In a letter to the president of INSTEX dated May 7, 2019, obtained by Bloomberg, the U.S. Treasury Department undersecretary clearly states that, “Engaging in activities that run afoul of U.S. sanctions can result in severe consequences, including a loss of access to the U.S. financial system.”

Since that time, the U.S. has continued to emphasize its displeasure at the E.U. attempting to circumvent its sanctions against Iran.

The Future of INSTEX

It remains unclear if European, or even non-European companies and banks, especially those with an international reach, will be willing to use INSTEX to trade with Iran as many of their lucrative business opportunities lie within the American market.

Until March 31, 2020, the INSTEX SVP had never been used in practice. Even now, INSTEX’s purpose remains limited to humanitarian aid such as purchasing or delivering foods and critical medicines. This means that INSTEX has so far avoided a direct clash with the White House, since U.S. sanctions currently permit these categories of trade due to their humanitarian nature.

According to the German Foreign Ministry, Berlin hopes to enhance INSTEX and carry out more transaction with Tehran in the coming months. It is not yet certain whether recently added INSTEX shareholders will decide to solely continue humanitarian efforts or expand INSTEX’s purview to include transactions in oil and other goods. Nevertheless, if it is the latter, the E.U. should be ready for a strong reaction from its U.S. cousins across the pond.