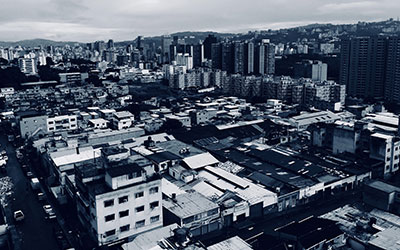 The Problem of Venezuela: Current Sanctions Imposed and Tips for Challenges Faced by Compliance Suites

In recent times, relations between the U.S. and Venezuela have gone from bad to worse.

Since President Nicolás Maduro came to power in 2013, the U.S. has not hesitated to impose hefty sanctions against the troubled South American country due to its undemocratic practices. As a result, U.S.-Venezuelan relations have become all the more complicated, placing heavy burdens on corporations and financial institutions trying their best to remain compliant.

Currently, Venezuela has sanctions imposed on it by the U.S., E.U., Canada, Mexico, Panama, Colombia, and Switzerland. To date, the U.S. has sanctioned more than 150 Venezuelan companies, vessels and individuals, in addition to revoking the visas of 718 individuals associated with Maduro.

These ramped up, multi-lateral and multi-faceted sanctions create ever-growing complexities for the sanctions community and each also come with their own unique challenges for compliance suites.

In 2014, President Barack Obama signed the Venezuela Defense of Human Rights and Civil Society Act, which requires the President to impose sanctions on any person who “has perpetrated, or is responsible for ordering or otherwise directing, significant acts of violence or serious human rights abuses in Venezuela”.

All Executive Orders (E.O.s) issued by the U.S. President relating to Venezuela derive from this Act. There have been seven E.O.s issued since 2014.

The Venezuela Sanctions Regulations were codified in the U.S. Code of Federal Regulations 31 CFR Part591. These Regulations describe what transactions and dealings are prohibited under the Act.

OnMarch 8, 2015, former-President Obama issued targeted sanctions against Venezuela by E.O. 13692, which blocks assets or imposes travel bans on those individuals responsible for:

This E.O.blocked the property and suspended the entry of seven officials of the Venezuelan senior government as well as high-up military officials.

The Trump Administration followed suit in the spring of 2017 by imposing further targeted sanctions against top Venezuelan officials, such as the country’s Vice President, a chief judge, and several other Supreme Court judges.

Since that time, dozens more individuals and entities connected to Venezuela have been designated pursuant to E.O. 13692, notably including:

TIP: As the number of designations continues to grow, it is important that compliance suites check sanctions lists regularly. Though the Office of Foreign Assets Control(OFAC) SDN List is a great tool in keeping up with these designations, there are other lists that can be used to spot a high risk individual. One of these lists is the Politically Exposed Persons (PEP) List. A ‘PEP’ is defined as “an individual who is or has been entrusted with a prominent public function.” These lists can be especially useful in identifying suspicious individuals and their connected entities when dealing with a corrupt regime, such as the one in Venezuela. In May 2019, FinCEN, the U.S. agency in charge of anti-money laundering issued an Advisory on this topic. It emphasizes that reports from financial institutions are critical to stopping, deterring, and preventing the proceeds tied to suspected Venezuelan public corruption from moving through the financial system. The Advisory is here: https://www.fincen.gov/sites/default/files/advisory/2019-05-03/Venezuela%20Advisory%20FINAL%20508.pdf

A big challenge arose for compliance suites on August 24, 2017, when the Trump Administration issued E.O. 13808, with the aim of trying to ban the Venezuelan government from accessing U.S. financial markets.

E.O. 13808 imposes so-called “debt sanctions”, which prohibit U.S. persons from engaging in any transactions or dealings involving “new” debt of certain maturity durations with the Government of Venezuela and the country’s oil giant – Petroleos de Venezuela, S.A. (PdVSA). It also prohibits dealings in some existing Venezuelan Government debt as well as any “new” equity of government-owned entities, such as PdVSA, along with the paying of dividends or other profits back to the Government from government-owned entities. For existing debt and equity, such as that of PdVSA, the U.S. has carved out a narrow exemption by granting General License 3.

TIP: This particular set of sanctions underlines the importance of ‘KYS’, or Knowing Your Sanctions. As a sanctions compliance officer, you must know exactly what is prohibited and what is allowed. For example, though OFAC issued “General License 3”, the license only permits activity concerning certain types of bonds (70+ types of bonds, to be exact). It is essential that compliance suites review any and all relevant licenses to make sure their institutions stay compliant.

On March 19, 2018, President Trump signed E.O. 13827, which prohibits people in the U.S. from engaging in any type of transaction involving Venezuelan digital currency, most namely the cryptocurrency ‘Petro’ (orpetromoneda). Petro was created in February 2018 by Maduro’s government specifically to “circumvent US sanctions” and access international financing. By creating their own state-sponsored virtual currency, Venezuela can potentially evade sanctions by positing a financial infrastructure outside the control of any central authority.

On January 19, 2019 OFAC clarified in their FAQs that: “A currency with these characteristics would appear to be an extension of credit to the Venezuelan government. This is whyE.O. 13808 prohibits U.S. persons from extending or otherwise dealing in new debt with a maturity of greater than 30 days of the Government of Venezuela.  U.S. persons that deal in the prospective Venezuelan digital currency may be exposed to U.S. sanctions risk.”

TIP: Therefore, it is now necessary for compliance suites to not only monitor regular currencies, but also virtual currencies and cryptocurrencies for any irregularities.

These sanctions expand upon the ‘new debt’ sanctions that were imposed in August 2017.

Tip: In light of these crackdown measures, companies with business dealings in Venezuela, or connected to Venezuela, should continue to be very cautious and consider further enhancing their due diligence.

Sanctions on Gold and Petroleum

Trump issued E.O. 13850 on November 1, 2018 to block the assets of anyone involved in corruption in the gold sector, or “any other sector of the economy as determined in the future by the Secretary of the Treasury”.

The U.S. Treasury Department has since designated Minerven, Venezuela’s state-run mining company, and its president, Adrian Antonio Perdomo. The sanctions prohibit business with Minerven and Perdomo, and freeze all their U.S. assets.

On January 25, 2019, by issuance of E.O. 13857, President Trumps specifically designated Venezuelan state-owned oil and natural gas company PdVSA in order to target Venezuela’s petroleum market. The effect of this move prevented the oil giant from being paid for petroleum exports to the U.S., froze $7 billion of PdVSA’s U.S. assets, and prohibitedU.S. firms from exporting naptha (a liquid hydrocarbon mixture used to make petroleum gas)to Venezuela. PDVSA’s U.S. subsidiary, Citgo, announced in February that it would formally cut ties with PdVSA to comply with U.S. sanctions on Venezuela.

In February, Maduro ordered PDVSA to move its European office to Moscow to protect PDVSA’s overseas assets from US sanctions.

TIP: Though a firm you are dealing with may not be designated directly, firms should think logically about whether or not any of the businesses with which they deal could be linked to Venezuela in consideration of their major industries and exports.

As Venezuela is heavily involved in oil, gas and other natural resources, any types of companies involved in similar industries (or banks that finance companies in these industries), especially if they are doing business in the Latin American (LATAM) region, may want to enhance their  due diligence to search for beneficial owners.

E.U. (and U.K.) Sanctions On Venezuela

The European Union issued their own sanctions program in November 2017, deepening their crackdown on Venezuela and Maduro’s alleged abuses of human rights.

The U.K., as a (still) member of the E.U., has applied E.U. Venezuela designations into its law by passing the Venezuela (European Financial Sanctions) Regulations 2017, which came into force on December 6, 2017. The U.K. Office of Financial Sanctions Implementation (OFSI) notes that a business “must check whether it maintains any accounts or hold any funds/economic resources” for those designated, and if so, freeze the funds, and report any findings to OFSI.

Canada issued targeted sanctions against senior Venezuelan officials in September 2017. This broad ban under the Special Economic Measures Act (“SIMA”) prohibits engaging in activities with President Nicolás Maduro and 39 other listed individuals alleged to be undermining the democracy of Venezuela.

In addition, on October 18, 2017, Canada’s Justice for Victims of Corrupt Foreign Officials Act (Sergei Magnitsky Law) came into force, allowing for the first time sanctions to be applied to foreign nationals considered to be responsible for or complicit in gross violations of human rights or acts of significant corruption. On November 3, 2017, a list was established under the Sergei Magnitsky Law identifying 52 foreign nationals; these included President Maduro and 18 other Venezuelan officials, some of whom were already listed under the SIMA measures.

Further, on May 30, 2018, under the Special Economic Measures Act, Canada announced targeted sanctions against an additional 14 individuals responsible for the deterioration of democracy in Venezuela.

In August 5, 2019, President Trump imposed additional sanctions on Venezuela, ordering a freeze on all Venezuelan government assets in the U.S. and barring transactions with U.S. citizens and companies. The E.O. states that “all property and interests in property of the government of Venezuela that are in the United States… are blocked and may not be transferred, paid, exported, withdrawn, or otherwise dealt in”.

These recent sanctions are the broadest of their kind against Venezuela to date as they not only target Maduro’s government’s assets in the U.S. but also the individuals, companies and countries doing business with the government. If compliance suites were not already doing checks on Venezuela, this move by the U.S. government makes it even more important for those in compliance to do a thorough check for any possible Venezuelan connections.

Unlike some other sanctions regimes that are likely to stay static for the time being, Venezuelan sanctions are likely to fluctuate in the near future, and not for the better. The U.S. government has already declared its intention to further extend and broaden sanctions against the South American country as well as any other countries that give it financial aid.

In a September 10, 2019 interview in Brussels, Belgium, when asked by a reporter  “Why do you think the sanctions will work this time against Venezuela?”

Mr. Abrams responded: “Sanctions do work best when they are multilateral and when they’re in a context of multilateral political support.  That is the case of Venezuela.  There are Canadian sanctions; there are EU sanctions; Brazil a few weeks ago imposed travel restrictions.  I think the EU is on the verge of imposing more sanctions on Venezuela – personal sanctions.  And remember, we’ve got 55 countries that already recognize Juan Guaido as the legitimate interim president.  We’ve got the Lima Group of Latin American democracies.  We’ve got the U.S., Canada, and the EU.  So the context is one of considerable global support for the democratic opposition in Venezuela, for Interim President Guaido.  I think in this context the kind of sanctions the U.S. is doing will have a real impact, are having a real impact.”