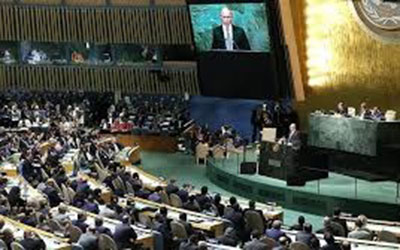 UN Resolution on Terrorism 20-years On: Evolution, Effectiveness, and Indications for Compliance Suites

Just over twenty years ago, on 15 October 1999, the UN Security Council unanimously adopted Resolution 1267. This Resolution, and its successor resolutions, are related to the prevention and suppression of terrorism and terrorist financing and are sometimes referred to as “the Al-Qaida/Taliban sanctions regimes”.

Since its adoption in 1999, there have been arguments for and against its implementation, but how effective has Resolution 1267 been over the last two decades and what does this mean for monitoring of terrorist financing going forward?

In this article, we examine the reasons for Resolution 1267, its main evolutions and criticisms, as well as what compliance suites can do to continue to combat global terrorism.

The UN adopted Resolution 1267because of a deep concern over the severe violations of human rights – specifically against women and children- because of the significant increase in the illicit production of opium. The Resolution was also created to demand that the Taliban turned over Osama Bin Laden to a country where he had been indicted or, to appropriate authorities in a country where he will be arrested and effectively brought to justice for his acts of terrorism.

In order to accomplish the enforcement of the Resolution, the Security Council indicated that all Member States were required to deny permission to any aircraft wanting to taking-off from or land in their territory if it was owned, leased or operated by or on behalf of the Taliban.  It also ordered a freeze of all financial resources that could benefit the Taliban and urged all Member States to cooperate with the efforts to capture Osama Bin Laden and his associates. Later in the year 2000, additional conditions were imposed which required all countries to prevent the sale of military equipment to Taliban controlled territories, restrict entry and transit of any high ranking Taliban official, and close all offices of Ariana Afghan Airlines.

Since then, sanctions have been applied to individuals as well as organizations all around the world that have been associated with Al-Qaeda or the Taliban.  In July 2001, the UN Security Council Resolution 1363 established a monitoring team to assist with the implementation of measures.

It wasn’t long after the resolution was adopted that criticism over the measures started to pour in.  According to the Report of the Secretary-General on the humanitarian implications of the measures imposed by Security Council resolutions 1267 (1999) and 1333 (2), the imposed sanctions created an additional financial hardship to the residents of the Afghanistan region.  The sanctions regime also became one of the major grudges that the Taliban held against the United Nations and affected the relationship between the international humanitarian community and the Taliban authorities, which in turn, had a negative effect on the operating environment for humanitarian agencies. However, shortly after, the Taliban was willing to enter a deal with regards to Bin Laden and they substantially reduced their opium production.

In October 2001, the United States invaded Afghanistan after the Taliban failed to hand over Bin Laden whom the United States asserted as the individual responsible for the attacks of September 11th.  Later in 2002, the Security Council issued Resolution 1452 which changed the approach to financial sanctions and allowed individual countries to administer their own exemptions. It also allowed countries to free up the funds of listed individuals for the purpose of paying their basic needs such as food, shelter and medication, however, this did not last long.  In January 2004, UN Security CouncilResolution 1256 demanded an immediate freeze of economic resources for anyone on the sanctions list and for all countries who have not done so, to submit their reports by the end of March 2004.

Additional issues arose with regards to listing and de-listing of individuals, which was somewhat considered an infringement into fair and clear due processes rights.  Asa consequence, in December of 2006, the Security Council adopted Resolution 1730 which established a de-listing procedure.

Pursuant to the UN Security Council Resolution 1267 of 1999, the Al-Qaida Sanctions Committee was established.  Like other Security Council committees, it is composed of representatives from member states and has been modified and strengthened by a number of subsequent Resolutions.

The monitoring team is composed of eight experts based out of New York and its function is to assist the Committee in evaluating the implementation of the sanctions regime by Member States, conducting on-the-ground analysis, reporting on developments that may influence the effectiveness of the sanctions regime as well as the changing nature of the threat posed by Al-Qaida. The sanctions monitoring team submits independent reports every six months to the Security Council on the Islamic State, al-Qaida and associated individuals, groups, undertakings and entities.

In the 24th report of the Analytical Support and Sanctions Monitoring Team that was submitted to the UN Security Council Al-Qaeda Sanctions Committee in July 2019, the monitoring team stated “Al-Qaida remains resilient, although the health and longevity of its leader, Aiman Muhammed Rabi al-Zawahiri, and how the succession will work are in doubt.”  The report, however, noted that ISIL remains much stronger than al-Qaida in terms of finances, media profile, current combat experience and terrorist expertise and remains the more immediate threat to global security.

Nevertheless, UN sanctions have had a positive effect as well by helping to catch a few prominent individuals.  Some of the terrorists brought to Justice under the resolution include Khalid Sheikh Mohammed, member of Bin Laden Al-Qaida’s group in 2001, Abu Zubaydah, Ramzi bin al-Shibh and Abd al-Rahim al-Nashiri in 2002, Khalid Sheikh Mohammed in 2003; and Saif al Islam el Masry in 2004 Mohammed Atef and several others were killed.

When it comes to this Resolution, the term “evolution” comes to mind.  The capture of Bin Laden did not put an end to terrorism and certainly did not stop their acts. Terrorist continue to recruit and expand utilizing social media and other forms of communication and finding ways to finance their operations outside the banking systems. What the resolution provides is the collaboration between countries in an effort to stop terrorism and bring to justice those who have acted on behalf of these organizations.

In Recommendation 6 of the Financial Action Task Force (FATF), the money laundering and terrorism financing watchdog, provides guidance to countries implementing the targeted financial sanctions contained in the UNSCR 1267 (1999). This FATF Recommendation states that the UN requires countries to “freeze without delay the funds or other assets of …any person or entity…designated by the UN.”

Another critical aspect of any sanctions compliance program is to adopt reasonable measures to consider and identify UBOs as well as signatories and powers of attorney with respect to accounts or transactions when searching for activity by designated persons or entities. These reasonable measures should be applied to new as well as ongoing business relationships.

There are also a few further ways compliance suites can assist in fighting terrorism:

*Glenda Juliano is the Sanctions Program Manager at Raymond James in St. Petersburg, Florida. She is member of the ACSS Editorial Task Force.