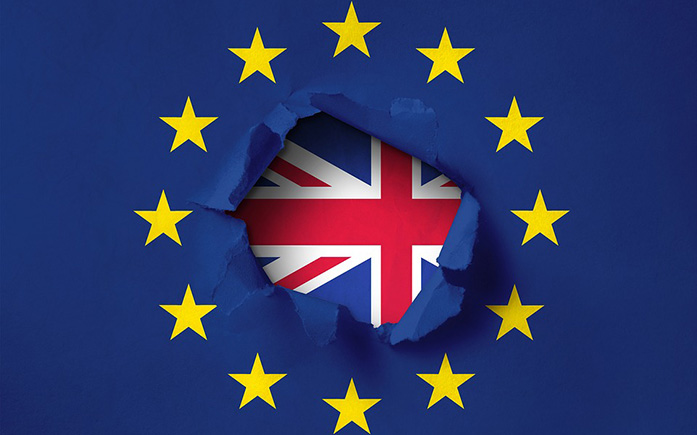 OFSI’s New Teeth: Sanctions in the Wake of ‘Brexit’ and Actions Taken by the UK Regulator (So Far)

On January 31, 2020, the U.K. Parliament finally cut ties from the E.U. after two years of grueling debates and discussions in Brussels, signaling a chance for Britain to break away from the E.U. sanctions that it has most dutifully applied for decades. Though itis almost certain that the U.K. will continue to apply most E.U sanctions, it is also looking likely that the U.K. will instill a new sanctions regime of its own, perhaps more closely matching that of its American cousin across the pond.

As a result of ‘Brexit’, the U.K. will substantially alter the way it creates, administers, and enforces sanctions. In fact, the U.K. has already taken steps to build its own autonomous sanctions regime with the passing of the Sanctions and Anti-Money Laundering Act (SAMLA) on 23 May 2018, which enables the U.K. to impose sanctions for the first time independently of the European community.

In addition, the U.K. has also launched its first-ever sanctions dedicated regulator – the Office of Financial Sanctions Implementation (OFSI). Since its launch in April 2016, OFSI has slowly but surely gained traction. Last year marked a milestone for OFSI, in which it issued its very first monetary penalties for breaches of financial sanctions. This was also the year that the Financial Action Task Force (FATF) recognised the U.K. in its Mutual Evaluation Report for OFSI’s contribution in effectively implementing targeted financial sanctions against terrorist regimes. Now, the U.K.’s new sanctions watchdog is expected to have a much broader scope and add even more teeth to sanctions enforcement in the coming years.

A Brief Background on UK Sanctions

While still in the E.U, the U.K. derives its sanctions policy from three places: the United Nations (U.N.)Security Council resolutions, Council of the E.U. Decisions, or its own national laws. All financial sanctions imposed through the E.U. or U.N. have direct effect under U.K. law, and will continue to have this effect until at least December 31, 2020 (the end of the ‘transition’ period).

The current OFSI was created in response to this growing need for “meatier” measures and clearer compliance standards within the U.K. Since 2016, OFSI’s duties have been slowly expanding to include not only enforcement of sanctions but also the shaping of sanctions policy. Not unlike The U.S. Department of Treasury’s Office of Foreign Assets Control (OFAC), OFSI keeps a list of ‘designated persons’, or ‘targets’. A designated person means anyone, whether an individual, company or country, that is subject to financial sanctions and appears on the OFSI’s “consolidated list of targets”. For the full list, click here.

Though it has been confirmed that most E.U. sanctions will be adopted into U.K. national law before the end of the ‘transition’ period, it seems likely that Britain will also soon introduce their own autonomous sanctions regimes.

OFSIExpands its Scope, according to 2018-2019 Annual Review

In October 2019, OFSI released its 2018 to 2019 Annual Review, detailing its work to date. According to the Annual Review, OFSI “grew in size and expanded the scope of its work, establishing a new international branch to share its expertise with global partners.”

A few key facts about OFSI’s accomplishments for the 2018-2019 financial year:

The Annual Review also states, “OFSI has increased its presence and impact on the world stage this year with an enhanced focus on international engagement.”

Starting in 2019, there have been three OFSI enforcement actions to date that have imposed penalties. So far, these penalties total £161,341.

Two of the OFSI enforcement actions have been against financial institutions (Raphael & Sons; Travelex) for dealing with funds belonging to a person designated under E.U. sanctions against Egypt.

The other OFSI enforcement action with the largest penalty to date has been against a telecoms company (Telia Carrier) to pay £146,341 for making economic resources available to a person designated under E.U. sanctions against Syria.

Though monetary penalties have been widely used in the U.S. for over a decade, they are a new way of responding to offences in the U.K., where regulators have up until recently been limited to either a formal criminal prosecution or warning letter for financial sanctions breaches.

According to the proposed provisions of the 2017 Act, the circumstances in which the OFSI will have powers to impose a monetary penalty under civil law are found under section 131(1), which states:

OFSI considers a “balance of probabilities” to be the civil standard of proof, which means it is ‘more likely than not’ that an event has happened. This can be contrasted with a criminal case in which the facts are held to the much higher standard of ‘beyond reasonable doubt’. Here, the OFSI will simply make a judgment on whether it is more likely than not that there has been a breach.

In contrast, OFSI considers a “reasonable cause to suspect” to cover a broad amount of situations, including such cases where a person does not have clear confirmation of an event, but they are still aware of something that can prompt them to think it may have happened. This encapsulates most sanctions violations, save for merely the theoretical possibility that an event might have happened.

If it is concluded that the person did not know they were in breach, or did not have reasonable cause to suspect they were in breach, no monetary penalty will be imposed, however, the OFSI may take other action short of a penalty that would “respond effectively to the matter” (e.g. asset freezing).

OFSI will also take certain factors into account that could serve to aggravate or mitigate the imposed penalty.

The decision to impose a penalty always rests within the discretion of the OFSI.  The 2017 Act enables any decision by the OFSI to be reviewed, first by a Minister of the Crown and then by appeal (for any reason) to the Upper Tribunal.

For the latest guide on monetary penalties, click here.

A “U.K. Nexus” is Easier Than you Think

To fall within OFSI’s enforcement of sanctions, there has to be a U.K. connection to the breach, or so-called “U.K. nexus”. As the breach does not have to occur within U.K. borders, such a nexus is not a difficult one to create. The following situations are just some examples of what can create a UK nexus:

Seeing as the U.K. is still considered one of the world’s largest financial hubs for all types of transactions and banking, these new stricter and evolving rules for sanctions enforcement by the U.K. government cannot be ignored.