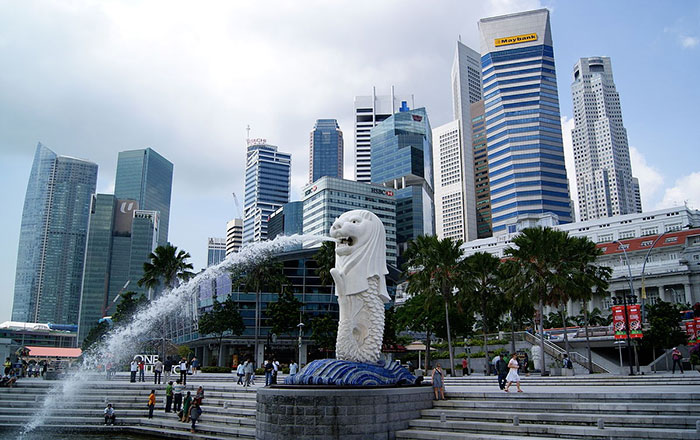 A Tough Cop in a Bad Neighborhood: Singapore’s Sanctions Regimes, Regulatory Authorities, and Areas of Concern for International Business

From a regulatory perspective, Singapore is an intriguing case study.  On the one hand, the country is a financial and transportation hub for a region that is rife with transnational security threats. It serves as a major commercial nexus for business originating in countries under heavy international sanctions, including Iran and North Korea.  Shipping firms, trading houses, and financial intermediaries based in Singapore have long been key conduits of sanctions-busting schemes.

On the other hand, Singapore is regarded as a leading enforcement authority on financial crime and perhaps has the most stringent regulatory regime in the Asia Region.  This reputation is hard earned and represents major progress from where Singapore’s compliance standards were even just a decade ago.

In 2008, the Financial Action Task Force, a global money laundering watchdog based in Paris, rated Singapore as compliant in just 11 of 49 AML, counter-terrorism financing (CTF), and proliferation financing (PF) categories.  Since that time, Singaporean regulators have diligently implemented FATF recommendations to improve the country’s compliance practices. This commitment to raising AML compliance practices has given a major boost to the country’s sanctions enforcement and compliance standards as well.

A Brief Overview of Singapore Sanctions

As a United Nations member state, the government of Singapore follows and implements United Nations Security Council Resolutions (UNSCR),  including all UN sanctions regimes.  It also maintains a separate list of sanctioned terrorists and terrorist organizations that is enforced under the Terrorism Suppression of Financing Act, or “TSOFA”, independently of UNSCR regimes.  Singapore has generally avoided enforcing unilateral sanctions introduced by other countries, including the United States.

Responsibility for the implementation of sanctions provisions is distributed among different agencies.  The MAS Act of 1999 vests the Monetary Authority of Singapore (MAS), Singapore’s central bank and sole financial regulator, with the power to administer sanctions regulations that target financial institutions.

The Minister for Law, the Singapore Police Force, and the Maritime and Port Authority of Singapore, on the other hand, share custody of sanctions requirements for the general public, Designated Non-Financial Businesses and Professions (DNFBPs), trade in strategic goods, and other non-financial institutions, in accordance with the United Nations (U.N.) Act (2000).  TSOFA is administered and enforced by the Inter-Ministerial Committee on Terrorist Designation.

Under the UN Act, the maximum fine for an infraction ranges from approximately SGD$500,000 to SGD$1,000,000 (approximately USD$350,000 to USD$715,000)and stipulates the possibility of imprisonment for a term not exceeding 10 years. These penalties resemble those that apply under the TSOFA. The MAS Act, meanwhile, caps penalties for FIs at approximately SGD$1,000,000 and grants the agency the ability to revoke the operating license of a company under its jurisdiction.

As recently as 2016, FATF has raised concerns about inconsistent financial penalty structures and parameters for TF/PF infractions across different enforcement agencies.  However, these discrepancies have been largely addressed in more recent years and agencies have cultivated robust information sharing mechanisms resulting in both FIs and most DNFBPs being well-aware of TF freezing obligations and existing targeted PF-related sanctions against Iran and the DPRK.

Authorities empowered under the UN Act and TSOFA

The crucial differences between MAS and the other authorities with sanctions enforcement powers, aside from their respective spheres of authority, are (1) MAS’s close degree of consultation with banks, (2) MAS’s broad powers to independently drive through an agenda, and (3) the quality of FT/FP preventative measures.

MAS expects FI’s to follow FATF counter-proliferation financing guidelines and has set additional protocols and controls in MAS Notice 626 (Prevention of Money Laundering and Countering the Financing of Terrorism).  Per the Monetary Authority of Singapore, CFT requirements in Notice 626 include:

Another important development is MAS’ recent announcement of requirements for trade finance screening of dual-use goods. The guidance specifically highlight the expectation that financial institutions be proactive in monitoring and screening all aspects of the following areas:

Beyond formal MAS guidelines and expectations, the office also engages in thorough consultative processes with the private sector, which helps domestic FIs – particularly larger banks – acquire a broad and uniform understanding of new TF/PF issues and navigate both domestic and international compliance developments.

Although FIs under MAS jurisdiction collectively represent a far greater capacity for risk than non-bank players, it is wise for both local and international compliance officers to be attuned to varying levels of compliance controls and awareness of sanctions issues across different sectors.

Until 2010, Singapore only applied TF and PF preventive measures to financial institutions under MAS jurisdiction.  The government has since extended many of these provisions to nearly all DNFBPs over the subsequent eight years, but DNFBPs continue to lag behind financial institutions in a number of areas.  Specifically, FATF cites “significant differences in effective supervision of AML/CFT requirements across relevant supervisory bodies” and “a significant difference in the level of understanding of the ML/TF risks between the financial sector and DNFBP sector”.

However, non-trade-finance actors in the shipping industry unquestionably represent the weakest and most alarming regulatory area.  This segment includes non-regulated ship owners, ship leasers, freight forwarders, flag registries, and port operators.  These firms have limited supervision, are not subject to CFT/PF MAS requirements or controls, and engage in commercial activities that are among the most common sources of sanctions violations.  The number of red flags that this sector raises has become very difficult for sanctions authorities to ignore, not just in Singapore but in regulatory offices throughout the world.

As the focus of UN and international sanctions measures has started to include the shipping sector in a significant way, particularly in regards to shipping connected to DPRK, Singapore can only maintain its credibility as a preeminent regional financial and trading hub if it ensures local financial, trading and shipping firms abide by these sanctions rules. Chief compliance officers operating in these sectors in Singapore must stay attuned to the high likelihood of increased sanctions enforcement by Singapore authorities.

InherentRisks within the Region, Responses, and Concerns

As a principal commercial nexus for trade and financial flows between Asian markets and the Middle East, Singapore assumes a number of inherent regulatory risks.  High on this list is the volume of business involving countries under heavy international sanctions, particularly Iran and North Korea.  Until Singapore’s government severed commercial ties with Pyongyang in November of 2017, the country was one of North Korea’s main trading partners.

Singapore has not neglected its CFT/PF obligations in these areas, and courts and regulators have not been afraid to crack down on local firms that have been slow to comply with new sanctions restrictions.  In November of 2019, the director of a Singaporean wholesale trading company received a 2-year, 10-month prison sentence for supplying over SGD$6 million in luxury goods to North Korea in contravention of the UNSC sanctions passed in 2016 and 2017.  This was the most severe penalty ever imposed by a Singapore court for a UNSCR sanctions-related breach.

However, given Singapore’s economic associations, the country’s regulators are perhaps not quite as proactive as they need to be in implementing preventative measures in anticipation of new UNSC actions. The enactment of UNSCRs 2270, 2321, 2371, 2375, and 2395, which banned the export of virtually all goods aside from food or medicine to North Korea, should not have caught Singaporean businesses off-guard as it appears to have done. Local firms and their international affiliates should make sure they keep one step ahead of any new sanctions developments that could pose a risk to their business.

Areas to Watch: Maritime Shipping Practices and US Secondary Sanctions

Compliance officers should keep an eye on two regulatory paradigm shifts that may trigger tighter sanctions requirements and attendant penalties in the near future.

Under the Trump administration, there has also been a sharp increase in the designation of vessels, signaling a new focus on international trade and commerce. This could give rise to even more new challenges for compliance suites, as the area of international trade requires compliance from a wide range of actors beyond banks, with uneven maturity and awareness of sanctions issues.

Second, Singaporean companies, subsidiaries, and their international business partners should not only be aware of the expansion of domestic CFT/FP requirements, but also of the growing prevalence of secondary sanctions abroad.  Executive orders issued by Presidents Trump and Obama in 2016 and 2017 dramatically expanded OFAC’s authority to impose extraterritorial, or secondary, sanctions on foreign entities that conduct transactions with sanctioned governments, including North Korea, Russia, and Iran. The significance of this development is highlighted by two recent high-profile regulatory incidents involving three firms based in Singapore.

In August 2017, OFAC announced a USD$415,350 settlement agreement with COSL Singapore Ltd. COSL, a Singapore-based oilfield services company and a subsidiary of China Oilfield Service Ltd., made at least 55 orders of supplies and equipment from US vendors, between 2011 and 2013.  These shipments were intended for oil rigs located in Iranian territorial waters in explicit violation of OFAC’s Iranian Transactions and Sanctions Regulations (ITSR).  In its enforcement action, OFAC cited COSL’s global operations, utter lack of caution in re-exporting American products to Iran, and absence of an OFAC compliance program as significant aggravating factors.

Since 2017, the Trump administration has further increased OFAC’s powers to bring actions for secondary sanctions violations, as well as the potential consequences for non-US actors that engage in these prohibited activities. More information about these new OFAC developments can be found here.