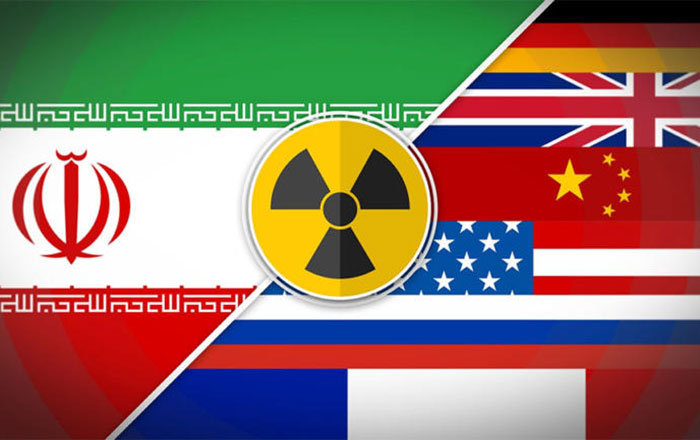 EU and US Lock Horns While Putting Pressure on Iran

Both the European Union and the United States consider Iran to be a threat to the region and the world. One of the tactics that both jurisdictions take to limit Iran’s power is to isolate the country from the global economy. In 2015, Iran entered into the Joint Comprehensive Plan of Action (JCPOA), a nuclear accord whereby Iran promised to curb movement toward the development of a nuclear weapon in exchange for the easing of sanctions.

However, in 2018, President Donald Trump pulled out of the JCPOA and reimplemented all the sanctions. The E.U., on the other hand, has tried to preserve the agreement with Iran and thus has far less severe restrictive measures.  This makes compliance with Iran sanctions for E.U. businesses, in particular, complicated. Also, recent actions by both jurisdictions in response to increased tension with Iran and destabilization of the region, make it clear that sanctions compliance professionals need to stay up-to-date with the ever-changing environment.

The Trump administration has continued to impose new sanctions on Iran, the most recent in response to the military strikes against U.S. soldiers in Iraq. Executive Order 13902, authorized the blocking of assets of anyone operating in specifically the textile, construction, mining or manufacturing sectors but more broadly the order applies to “any other sector of the Iranian economy as may be determined by the Secretary of the Treasury, in consultation with the Secretary of State.”  It also gave the Office of Foreign Assets Control the power to enforce secondary sanctions on financial institutions, including correspondent and payable-through accounts engaging in or facilitating transactions with companies involved in those sectors of the Iranian economy.

In October of 2019, the U.S. instituted a “humanitarian mechanism,” clarifying the enhanced due diligence and reporting requirements for businesses and foreign nations that conduct trade in commercial exports of agricultural commodities, food, medicine, and medical devices.  In February of this year, Switzerland and the U.S. entered into the Swiss Humanitarian Trade Arrangement (SHTA). They announced that “entities that are owned or controlled by U.S. and third-country persons and domiciled in Switzerland” could contact Switzerland’s State Secretariat for Economic Affairs for further details.

The E.U. made a similar move when it created INSTEX SAS (Instrument for Supporting Trade Exchanges) in January 2019 to “support legitimate European trade with Iran, focusing initially on the sectors most essential to the Iranian population – such as pharmaceutical, medical devices and agri-food goods.”

“Although INSTEX SAS seems to provide a solution for payments to and from Iran, in practice, the U.S. primary and secondary sanctions, in spite of the European blocking statute, have caused European banks to withdraw from the Iranian market,” says Yvo Amar, partner with the firm BenninkAmar. “In practice, it therefore has become difficult for European companies to obtain payments from Iran on their bank accounts, even if INSTEX SAS is involved.”

The E.U.has thus far elected to stay in the JCPOA, so currently, sanctions remain lifted for the financial and energy sectors, and specific industries like shipbuilding, gold, and precious metals. However, it still enforces the E.U. arms embargo and transactions related to missile technology. Also, prior authorization is needed for the sale, supply, transfer or export of software and certain metals.

The E.U. Service for Foreign Policy Instruments (FPI) has a page with guidance for businesses conducting business with Iran.  It clarifies that there are also Iran sanctions regarding: “serious human rights violations, proliferation of restricted goods and technology, support for the Assad regime in Syria, and support for terrorism.”

The status of Iran sanctions within the E.U. may also be shifting. In reaction to the U.S. withdrawal from the JCPOA, Iran has resumed enriching uranium, stating that the agreement no longer restricts them. The Foreign Ministers of the E3 (Germany, United Kingdom, and France) then activated the Dispute Resolution Mechanism earlier this year. This is the first step in reinstating harsh pre-JCPOA Iran sanctions through the agreement’s “snap-back” provision. However, the whole process takes about two months, with several opportunities for each party to extend deadlines.

“The risk that the Iran sanctions regime are reimposed has somewhat increased,” says Amar. “But, the Dispute Resolution Mechanism really is intended to keep all parties on board of the JCPOA. Against that background, the European Union Policy Chief Josep Borrell has already indicated that he does not want to step out of the JCPOA, so the chances are relatively low from an E.U. perspective.”

Between a rock and a hard place

The extraterritorial reach of the U.S. sanctions regime has long since been a source of contention for the E.U., particularly when it involved Iran.  However, when President Trump pulled the U.S.out of the JCPOA, the E.U.was forced to revisit and strengthen a tool created in 1996 to protect the member states from U.S. overreach. This forced E.U. businesses into a precarious position where they are caught in between two jurisdiction’s legal mandates.

According to the European Commission, the original blocking statute or Regulation (No 2271/96) “aims at countering the effects of U.S. sanctions on E.U. economic operators engaging in lawful activity with third countries.” In 2018, the Commission amended the blocking statute through enacting Commission Delegated Regulation 2018/1100 to specifically apply to all of the sanctions that the U.S. was reimposing against Iran. This “new and improved” blocking statute prohibits E.U. businesses from complying with U.S. Iran sanctions. But, if the firms comply with the law, it puts them in danger of the imposition of U.S. secondary sanctions.

“What we have seen is that financial institutions and insurance companies decided to withdraw from Iran after the secondary sanctions were imposed in 2018,” says Amar. “They said that they did so because of a change in their policies, but it had everything to do with the U.S. secondary sanctions. This is already evidenced by the fact that they withdrew with effect as of November 2018, right when the U.S. re-imposed the secondary sanctions. Although many corporates have been creative in finding payment solutions with Iran on the short term, the withdrawal from Iran by the larger banks has ultimately forced most E.U. corporates to also withdraw from the Iranian market.”

That being said, the past year has also shown the increased willingness of each jurisdiction to assert their authority, albeit in regards to Cuba as opposed to Iran.

For instance, in one enforcement action against a travel insurance company, OFAC seemed to punish the company for concluding that the E.U. blocking statute prevented them from including a sanctions exclusionary clause[s] in their Cuba related travel insurance policies.

On the side of the E.U., Amar says that although there has not been any criminal enforcement of the blocking regulation, there have been cases where it has been used to uphold contractual obligations.  For example, a Dutch software company that was acquired by a U.S. private equity firm terminated an agreement with its Antilles’ distributor, for distributing software to Cuba because of the U.S. Cuba sanctions.  “So the company was actually held by the court to continue its relationship with the distributor. Additionally, the Dutch authorities have been asked by the European Commission to investigate the company for criminal violation of the blocking statute,” says Amar. “If the case continues, this would be the first time where criminal enforcement of the blocking statute occurs.”